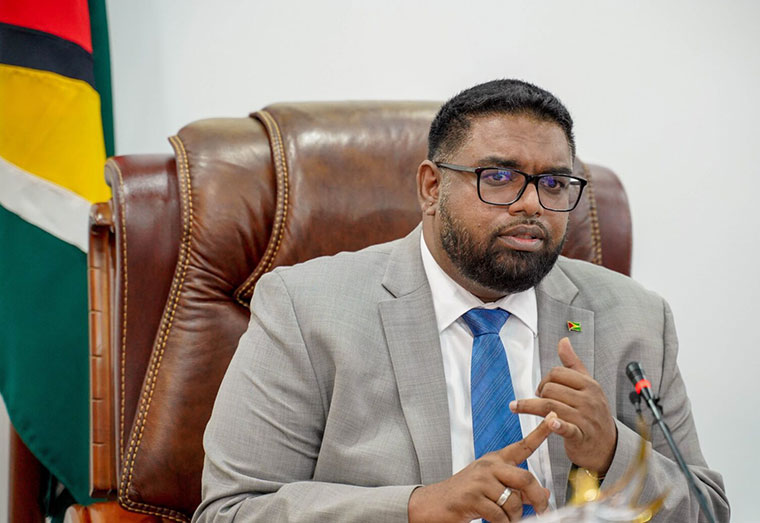 Should become necessary to save the lives of Guyanese, President Irfaan Ali said on Friday that third doses of a COVID-19 vaccine could be made available and administered to citizens.

He made the remarks during a virtual press conference held in New York where he was attending the 76th Session of the General Assembly of the United Nations (UN).

Thus far, PAHO/WHO is still learning and gathering information about COVID-19 booster shots dealing with questions such as whether they are safe and effective and who are the people who may need them.

On September 11, 2021, it shared on its website a conversation with Canadian-American pediatric infectious disease physician, epidemiologist, and vaccinologist, Dr. Katherine O’Brien who sought to provide the credible information gathered thus far.

According to Dr. O’Brien, there are three reasons for which a person may want a booster shot. The first is that the person did not respond adequately to the first two doses received; the second is that the person’s immunity over time had begun to wane, and the third
is in the case that the performance of the vaccines is less or inadequate against some of the variants of concern that have emerged.

“We certainly don’t see conclusive evidence that a booster dose among the majority of people who have been vaccinated already is needed,” the health expert said, adding:

“A third dose needs to be monitored for the safety issues, and we would like to see a safety database before we would make any such recommendation. And that evidence is also building, but we’re not there yet.

One concern is that while a lot of vaccines having been deployed in high-income countries and upper-middle-income countries, there are still many countries that have not yet been protected with first and second doses and focus needs to be placed on these.

Doing so, Dr. O’Brien explained, would reduce the likelihood of more variants emerging, and it would give health experts time to see more of the evidence about whether or not booster doses will eventually be needed.

Speaking more on the matter at the press conference, President Ali said that Guyana has always relied on “the science” on COVID-19 and its mitigation and will continue to rely on this moving forward. He assured the public that the Government remains alert and is doing
all its power to ensure that Guyanese are exposed to the best available form of protection against the virus.

The President said: “If it is required by the end of the year, the Government is prepared to adjust its financial programming to make the investment in the third dose. As of now, we want Guyanese to take the vaccine. It minimizes the chances of hospitalization
and further minimizes the chances of death. Whatever is necessary to keep the population safe, we are not going to spare that investment.”

Over in the United States, President Joe Biden said on September 24, 2021, that he will get a third dose of the COVID-19 vaccine as soon as he can and has urged Americans eligible to do the same.

“I’ll be getting my booster shot,” Biden said at the White House that morning, acknowledging that at 78, he qualifies. He received his second Pfizer dose on Jan. 11. “I’m not sure exactly when I’m going to do it, as soon as I can get it done,” he said.

As of September 1, the US Centers for Disease Control and Prevention (CDC) recommended that people aged 65 years and older, residents in long-term care settings, and people aged 50–64 years with underlying medical conditions should receive a booster shot of Pfizer-BioNTech’s
COVID-19 Vaccine at least 6 months after completing their Pfizer-BioNTech primary series.

Other groups may receive a booster shot based on their individual risk and benefit. Biden has praised the CDC’s decision.

Sun Sep 26 , 2021
Support Village Voice News With a Donation of Your Choice. In this information age where our every action and word is reproducible decades thereafter, imperative it’s that those holding Public Offices be judicious in word and action, which in many cases may necessitate a realignment of both comportment and deportment. Even more importantly, is the awareness of personality types, which […]