Ranks of the Customs Anti-Narcotics Unit (CANU) on Saturday intercepted a shipment of 24.63 kg of cocaine during an operation at the Demerara Shipping Limited, Lombard Street, Georgetown.

In a press release CANU said during the operation a bag containing several parcels of suspected cocaine inside a container was found. The suspected narcotics was transported to CANU Headquarters, where it was tested and confirmed to be cocaine. The twenty-one (21) parcels of cocaine, with a total weight of 24.63 kg, has a street value of  approximately GUY 17 M. However, the fact that it was discovered on the wharf, indicates that it was intended for transshipment to another overseas territory which would have increased its street value. Investigations are ongoing.

“It must be mentioned that staff from CANU and other agencies recently participated in several maritime training courses which included container cargo operations and vessel searches. These courses were facilitated by the UNODC and United States government and were aimed at strengthening the capabilities of law enforcement units operating at port facilities throughout the country,” the CANU release ended.

Sun May 29 , 2022
Support Village Voice News With a Donation of Your Choice.  A Plaisance, East Coast Demerara youth was arrested by police ranks on Friday after he was caught trying to discard 40.32 grams of suspected Cannabis, that he had concealed in a KFC-branded cup on his person. On the said date about 19:00 hours, ranks of the Sparendaam Police Station were […] 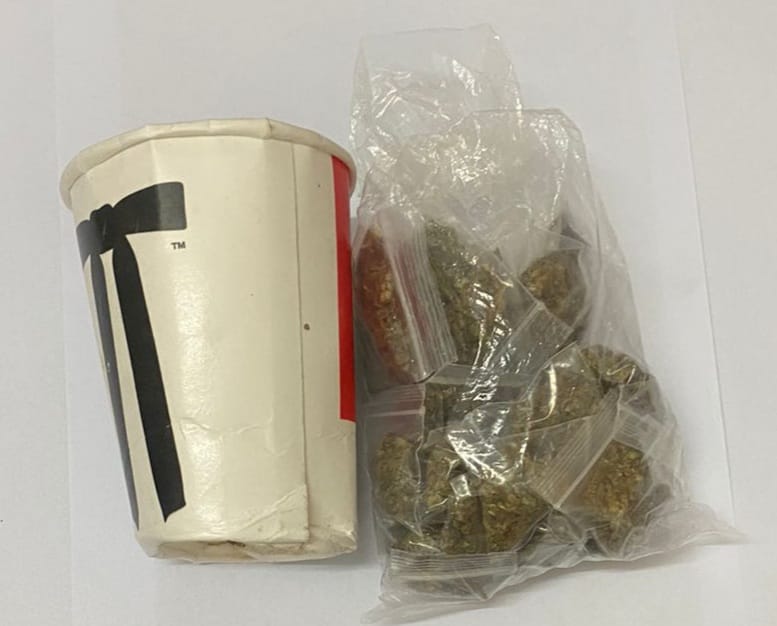