Five youths were awarded on Friday with cash grants from the International Decade for People of African Descent Assembly -Guyana (IDPADA-G) to invest in their businesses.

These youths were the top five winners from IDPADA-G’s Youth Committee Second Annual Invest-A-Thon/Pitch Competition, which ran for a 3-week period and ended on May 1, 2022. 54 youths from across Guyana with businesses and ideas needing investment opportunities applied to take part in the competition, from which 20 were selected to advance to a preliminary round to pitch their businesses in front of a panel of judges, after which the Top 5 winners were selected based on their scores submitted by the judges. At the prize-giving ceremony held at the secretariat of IDPADA-G on Friday, Chair of the Youth Committee, Ascena Jacobs explained that this initiative was birthed after realising the lack of access to funding opportunities for start-up businesses.
“We know businesses have a hard time, especially young people, acquiring capital from the bank to start their business. Some persons may not have an established business, but they have an idea, and are not able to take that idea off the ground without money.

So this initiative was birthed because of that. Awarding winning contestants cash prizes to take their businesses to the next level, or take their business idea off the ground,”Jacobs said. In his remarks, Chairman of IDPADA-G, Vincent Alexander said that the Invest-A-Thon/Pitch Competition falls within the mandate of the work of IDPADA-G, since it fits neatly into the theme of the Decade “Recognition, Justice & Development”. He charged the winners to be further inspired, to continue the course which they have embarked on and commit to sustaining their businesses for future generations.

IDPADA-G has committed to providing further support for the participants through mentorship and coaching to develop their businesses. “Separately and apart from the award of prizes, IDPADA-G’s youth committee and IDPADA-G at large, will find ways and means in which we will continue to work with all of the contestants so
that we can continue to provide them with the kind of inspiration to do what they have
embarked on. And as people of African descent, to attempt to inculcate the right disposition towards business, and to understand that business is not about early gratification… We are undoubtedly talented, we undoubtedly have ideas, we undoubtedly are industrious. Sometimes the aspect of gratification can be a source of problem,” Alexander said.
Samuels, who is the first-place winner of the competition, said that this competition was an opportunity of his lifetime and the training received has helped him to nurture his business and bring it to the stage front. Meanwhile, Hieronymo, the second-place winner said her participation has now enabled her to muster up the courage and confidence to present herself to investors. “The feedback from the judges, the feedback from the crowd, has allowed me to assess my pitch deck and to tweak the areas I needed to tweak, so that being presented with another opportunity to pitch my business and pitch myself, I know exactly what to say and what to do. It gave me the
upper hand to access financing for business, because with the experience, I can say I’m already a pro pitcher,” she said.

Simpson, the fifth-place winner, whose business is aquaculture focused, said that the
experience, more so the advice from the judges, opened his eyes to focus on the business aspect of his operations. The knowledge, he said, will be applied to his business going forward. Many members of the public lauded the initiative, echoing the importance of empowering youths of African descent in Guyana.
The International Decade for People of African Descent 2015–2024 was proclaimed by the United Nations (UN) General Assembly under the theme “People of African descent: recognition, justice and development. The Youth Committee seeks to create initiatives such as these, to empower African youths and provide them with access to opportunities that will aid in their development.

Mon May 23 , 2022
Support Village Voice News With a Donation of Your Choice. ….Opposition says, as Gov’t repeals 2019 Nurses and Midwives Act over No-Confidence Motion By Svetlana MarshallThe People’s Progressive Party/Civic (PPP/C) Government has used its majority in the National Assembly to repeal the Nurses and Midwives Act of 2019, on the basis, that it was passed by an “illegal” Government following the […] 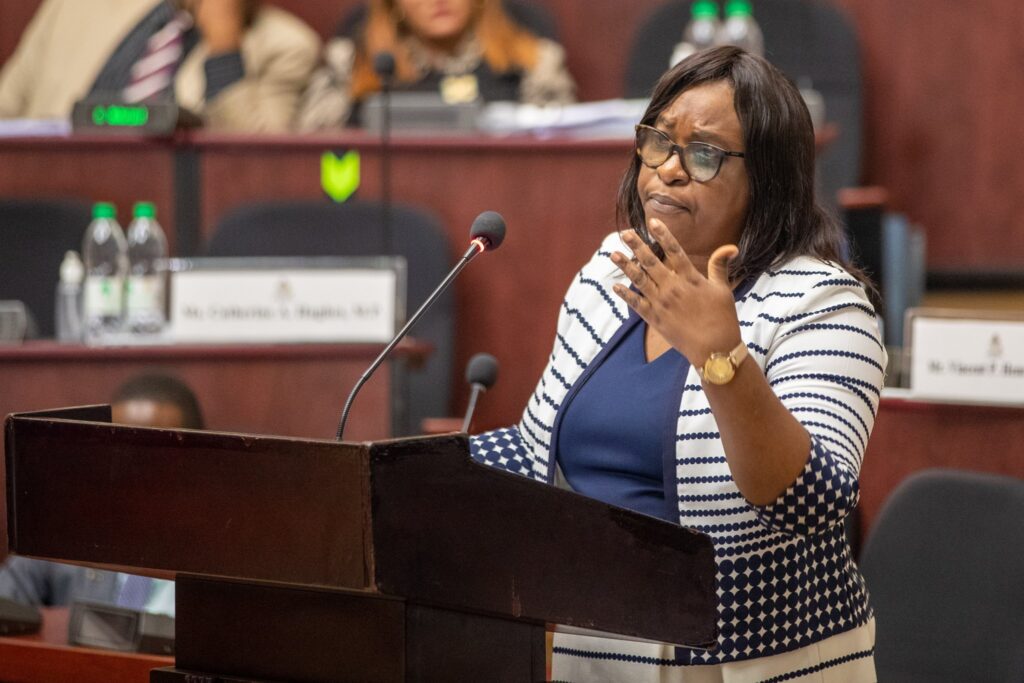