If you are surprised by the warning issued by the UN IPCC Report 2021 on Georgetown being at risk from rising sea levels due to climate change, you must have been living under a rock for the past decades. Hereunder contains a column which I penned and was subsequently published in the Guyana Chronicle on August 18, 2019.

MOVING THE CAPITAL: IS IT TIME TO RE-START THIS SERIOUS NATIONAL CONVERSATION?

Every time there is excessive rain, there is a slow journey east by traffic on the Rupert Craig Highway. Any deluge of meteorological consequence produces a scary sight of a quasi-tsunami crisis. This development induces fears of Georgetown, the Atlantic Coast, in the middle of an evacuation due to flooding. It never ceases to make me reflect on the question captioned above.
Growing up, I have been part of conversations about Burnham’s plans to move the capital of Guyana to the Region One area or to build this great city at Matthew’s Ridge. I am informed, some dismissed this plan as madness but it seems the great Guyanese visionary was way ahead of his time. I was also advised about Burnham’s Materkai plan. My research suggests the Guyana National Service was identified as the agency to execute the mobilization of this plan but funding and other technical issues prevented its fruition. Thereafter, I am not aware of any subsequent government making any significant moves to consider this, not in rhetoric, let alone policy or plans. Today, we are smack down in the middle of a heated climate change global phenomenon and as a low lying country with a seawall defense, I am flummoxed as to why a serious national conversation has not re-started about moving the capital of Guyana to higher ground. National Geographic noted 2018 as record-setting for Ocean heating. Added to this, every year the sea rises .13 (3.2mm).

Jay R. Mandle gave a frightening warning in his paper, ‘Petroleum and Climate Change in Guyana’s Future’ prepared for the inaugural C.Y Thomas Distinguished Lecture, Pegasus Hotel, Georgetown, Guyana, October 27, 2016:
‘The sea wall will be breached, the flow from the Interior will increase beyond the capacity of the drainage canals, rivers will rise above their banks, and the resulting damage will undermine the water control infrastructure itself. Not even the mangrove forests that have protected the Coast against the sea will be spared. As the ocean rises, the trees will be crushed between the encroaching sea and the settlements on the plain. In short, global climate change means that the Guyanese Coast will be invaded by both salt and freshwater flooding’. The Caribbean Planning for Adaptation to Global Climate Change Project (CPACC) cautioned: ‘“the entire fabric of Guyanese society – population, agriculture, industry and infrastructure – are vulnerable to even slight increases in sea level rises, rainfall intensities, saltwater intrusion and droughts….”.

This writer is not naïve. Any plan to relocate the bulk of the population will be subject to numerous challenges. Firstly, politically, no sitting government would propose the mass movement of the largest voting block from their homes for fear of electoral consequences. Also, sadly, some have argued that this may require magnanimous dictatorship, democracy might be hard-pressed to achieve this gargantuan task. Any such plan may die on the altar of the 5-year electoral cycle. Physically, Guyana’s infrastructure was conceived by the Dutch who were interested only in the coast for sugar cane production. The physical landscape is daunting and relocating a large section of the population in these areas is a logistical Culturally, Guyanese have grown accustomed to life on the coast, the higher ground might not be urban or modern enough for them. Added to this, the culture of reacting to a crisis prevails, being proactive is not our forte.

The aforementioned begs the questions; so what do we do? Wait for the crisis? I am of the view that the development of the regions and hinterland areas to make them more conducive to modern existence is a good start. This approach will entice the coast landers who have consistently argued that they are prepared to move if other areas can offer basic services. President Granger’s vision of developing the regions is a good step. The creation of numerous towns under the coalition government is commendable but at some point, we may have to be more robust in dealing with this issue. Climate change is real and a disruption of life to save lives has to be our next big national sacrifice, I think it is time we re-start this serious national conversation.

OP-ED|Will Jagdeo abandon Essequibo to Venezuela because Guyana does not have a strong army?

Sun Nov 14 , 2021
Support Village Voice News With a Donation of Your Choice. On November 4, 2021, Kaieteur News reported that Guyana likely lost US$9.5B from the Exxon deal because of a failure of Vice President Bharrat Jagdeo and the government of which he is the fulcrum to fulfill their oath and duty to the people of Guyana under that contract. The potential […] 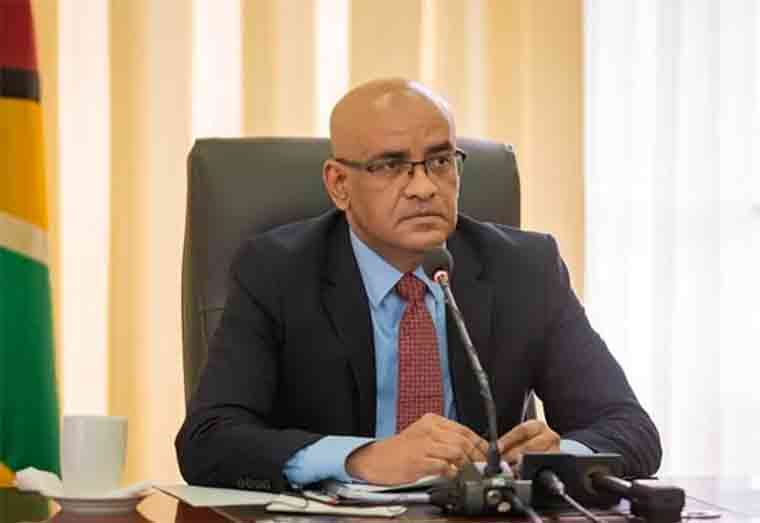