It is part of Guyana’s political culture to hold weekly post-Cabinet briefings to apprise the public of decisions made by the President and Members of the Cabinet. The media also gets the opportunity to question the government, on behalf of the people, on areas of governing the people have concerns with or need clarification. There are so many things happening in Guyana and citizens are being left in the dark or left to assume.

It is simply not sufficient for the media to rely on government releases, Gazette Orders and Department of Public Information news for insight into what is happening with the spending of their tax dollars and the decisions being made by the government. Likewise, it is less than acceptable to hear decisions about Guyana through via foreign media as recently happened when Guyana attended the Offshore Technology Conference in Texas, USA.

The Guyanese public deserves more than the occasional one and one interview between government officials and friendly media houses. It goes without saying that such interviews will not ask these officials questions that could be uncomfortable for them or put them in a negative light.  There needs to be a return to the days when weekly post-cabinet press conferences are deemed necessary.

Government should be mindful that they function on behalf of the people and have a responsibility to account to the people. People are hearing about the government doing a construction here, putting up a building there, a new road or new bridge to be built somewhere, oil-to-shore project, etc but the media is being denied the opportunity to ask questions on these. Society wants to know what has informed the decisions for these projects. People want to know about the feasibility of these projects, whether appropriate studies were done, whether the government is taking any loan, who is/are funding the loans, the duration of these loans and interest rate.

The President heads the Cabinet and has a responsibility to society to brief the nation after or delegate someone to. What could be inferred from the absence of these briefings is that the government has something to hide and does not want to account to the public. This may not be the case but the lack of transparency is not healthy for governing and society. Where society knows nothing, it creates opportunities for speculation and mistrust. Society cannot continue to live in darkness. Lest it be forgotten, democracy dies in darkness.

Fri Sep 3 , 2021
Support Village Voice News With a Donation of Your Choice. …demanding free PCR tests, reversal of govt’s vaccination policy Leaders of Region 10 are demanding a reversal of the government’s vaccination policy, warning that they will up the ante should the Irfaan Ali Administration fail to heed to the cries of the people. On Monday, September 6, 2021, the entire […] 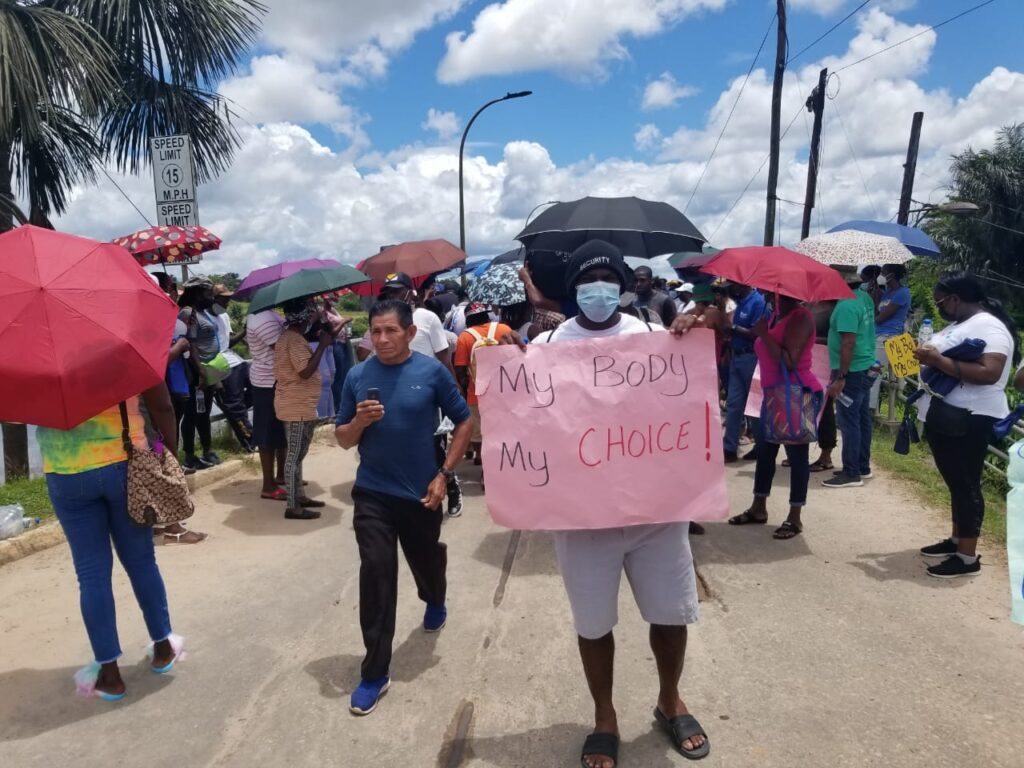