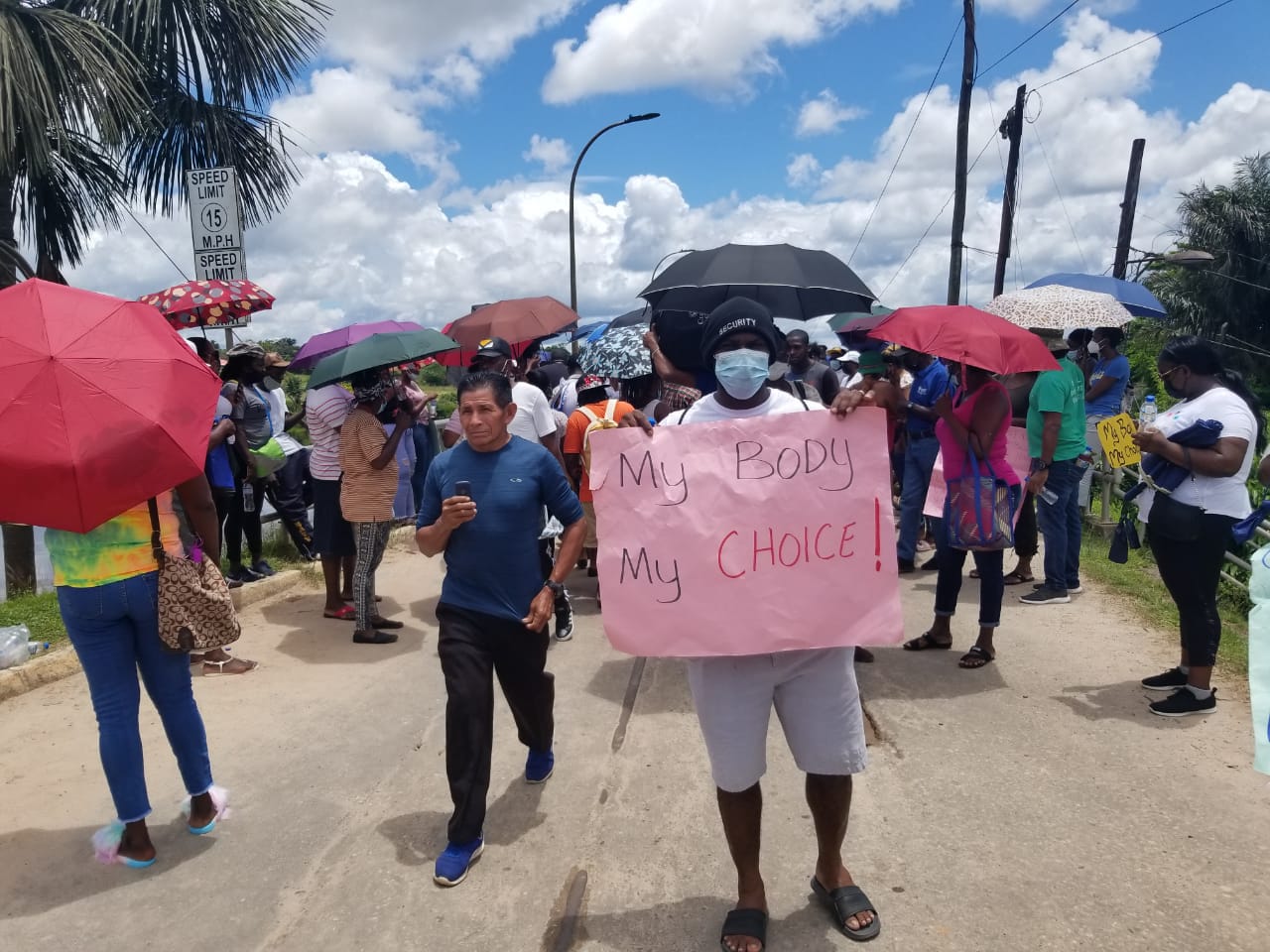 Leaders of Region 10 are demanding a reversal of the government’s vaccination policy, warning that they will up the ante should the Irfaan Ali Administration fail to heed to the cries of the people.

On Monday, September 6, 2021, the entire district is expected to “shutdown” – a move which has received the full support of the Regional Members of Parliament Jermaine Figueira and Devin Sears; Regional Chairman, Deron Adams; and Mayor of Linden, Waneka Arindell. It comes after more than one month of intermittent street protests against a policy which requires persons including public health workers and other state employees to produce COVID-19 vaccination cards or negative PCR COVID test results in an effort to access public buildings, including hospitals.

As of last week, only 21.9% of the region’s population had been vaccinated.

In a joint statement, the region’s leaders expressed deep concern about what they termed “the dictatorial and discriminatory approaches” being taken by the People’s Progressive Party/Civic (PPP/C) Administration in its handling of the COVID-19 pandemic.

“Many of Region 10 healthcare workers are denied access and entry to their places of work. This action has placed the health and safety of our region at severe risk of a greater and catastrophic health crisis than what currently obtains, hence being the lowest vaccinated region,” the leaders said.

They said denying residents access to much needed government services of which their taxes pay, is most untenable.

To register their objection, the region’s public transportation sector as well as the commercial sector will grind to a halt on Monday, September 6, 2021 as residents remain in their homes.

In the absence of a COVID-19 vaccination card, persons are required to produce negative PCR COVID-19 test results from specified private health institutions in order to gain access to public buildings but MP Figueira, in an interview with the Village Voice Newspaper, said PCR tests should be conducted by public health facilities at no cost to citizens.

“We are saying that the government facilities ought to provide PCR tests to all citizens of Guyana at no cost,” the Regional Parliamentarian said while noting that it should not be limited to the unvaccinated but should also include the vaccinated as well since research shows that persons who have been vaccinated are still at risk of contracting and transmitting the Coronavirus Disease (COVID-19).

He said the rigid measures instituted by government have resulted in unvaccinated public health workers and other state employees being barred from entering their place of work. He said come Monday, unvaccinated teachers will also be affected. He warned that the region will not stand idly by while its people are marginalized and discriminated against.

“As time progresses, we will up the ante in our protest against the government’s dictatorial position, discriminatory position,” he told this publication.

In a separate interview, the Regional Chairman told the Village Voice Newspaper that he met with Prime Minister Mark Phillips as well as the Minister of Health, Dr. Frank Anthony to discuss the concerns of the people of Region 10.

Adams said while he believes that vaccination is critical in the fight to combat the disease, he does not support the imposition of the COVID-19 vaccines on citizens. “While I support the vaccines, it cannot be done in a mandatory way, we need to allow persons to take charge of their lives. Let them consult with their doctors, let them be given all of the information, and I believe that they will make an informed decision,” he posited.

The Regional Chairman said during the meetings with the Prime Minister and the Minister of Health, he made a case for the government to change its approach towards the unvaccinated.

“I continue to call on the government to let us find innovative ways to reach out to those unvaccinated people, like we have been doing at the level of the region, holding consultations with a number of prominent people, and I think that approach has seen an increase in the number of persons volunteering to take the vaccine,” he said.

He said while the Regional Democratic Council has been encouraging residents of the district to take the vaccine, the imposition of the vaccine on citizens will not help. Adams made it clear that the region will resist any and all dictatorial and or discriminatory practices.

“Despite all the atrocities, the residents of Region 10 have a proud history of standing resolutely in the face of oppression, and we will continue to do so as a united body. We stand united to continually reject the government’s dictatorial imposition being placed on our people, and we will resist and fight against it at all costs,” Adams said.

In the joint statement, the leaders said that it is clear that Region 10 is intentionally and strategically being targeted and discriminated against by the PPP/C Government.

“Hundreds of our residents are still not in receipt of COVID-19 cash grants, because we care educational cash grants, hundreds were taken off and denied public assistance, many of our farmers have been denied the cash grants to assist in their rebuilding, our pensioners are concerned about not getting their promised increase, and the denial of bonafide residents of the region access to house lots at an affordable price, to mention a few solidifies this view,” the leaders said.

The regional leaders said too that they have observed the recent attempt by the government to target teachers.

“Let it be known, that despite all those aforementioned atrocities we as a region will stand resolute and united to continually reject this government’s dictatorial imposition being placed on our people and we will resist and fight against it to the hilt. We will stand firm in defense of our people until this decision that affects our people and by extension every Guyanese citizen is reconsidered,” they made clear.

Fri Sep 3 , 2021
Support Village Voice News With a Donation of Your Choice. With the Leader of the Opposition Joseph Harmon out of the jurisdiction, A Partnership for National Unity + Alliance For Change (APNU+AFC) Member of Parliament, Roysdale Forde, S.C has been appointed to act as the country’s Opposition Leader, Village Voice News has been reliably informed. In a statement, Opposition Chief […] 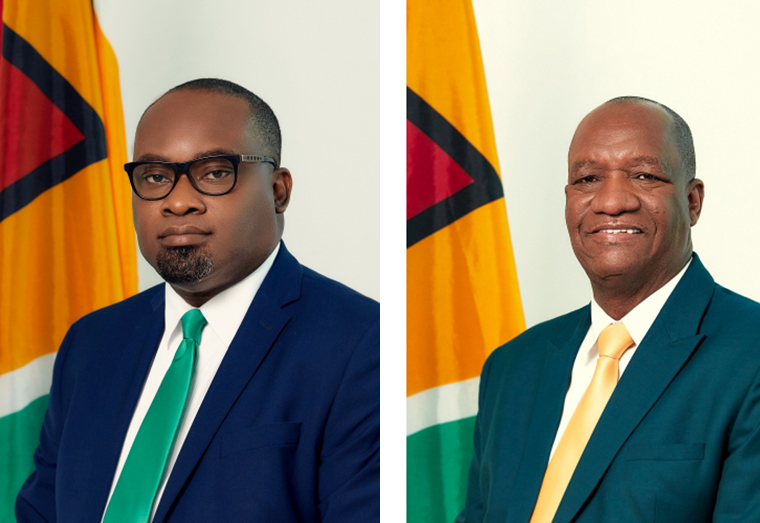