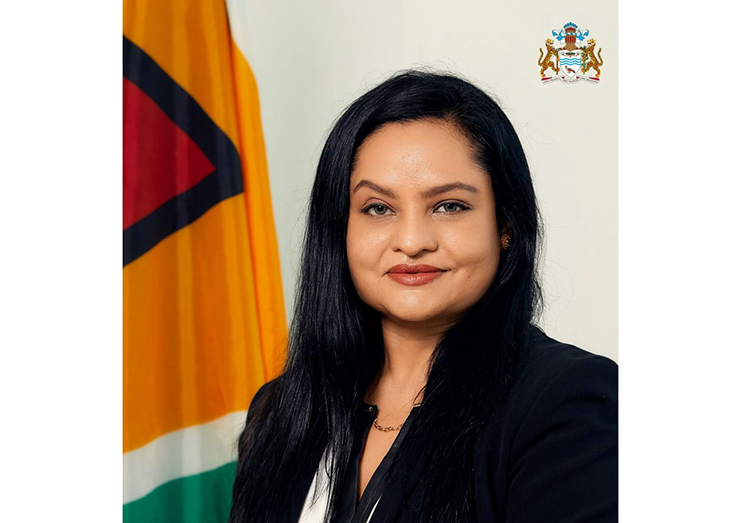 A 12-year-old girl from Wismar, Linden, whose biological parents abandoned her at birth, is among residents of Region 10, who have been removed from the Public Assistance Programme in the District.

The child’s guardian, an unemployed, single parent mother, said the news of the girl’s removal from the Public Assistance Programme came as a major shock and at a time when cost of living has skyrocketed.

Speaking under anonymity, in an effort to protect the identity of the child, the concerned mother said last Wednesday she was informed by the Board of Guardian that with immediate effect the little girl will no longer be eligible for public assistance.

The woman detailed that during the meeting with the Board of Guardian, she was grilled about the whereabouts of the child’s parents. “One of the persons in the meeting asked, ‘you find the parents for this child yet? I said no, and she said ‘well you will have to go and find the parents for this child because we cutting it off now, she wouldn’t be getting any more money,” the concerned mother detailed.

The woman said the Board of Guardian even accused her of using the child to get money from the State without justifiable reason. “Another person said, if is money you de want when you get this child put her up for adoption,” the devastated woman recalled. The concerned mother said she left the meeting heartbroken, and deeply disappointed in the manner in which she was treated during the course of the meeting.

The single parent mother said she then visited the Welfare Department, and the Guyana Police Force was called in as part of Standard Operating Procedures. After attempts to reach the mother of the child failed, the woman was allowed to keep the then infant.

The woman said years passed before she opted to sign up for public assistance but noted that she did so pre-2015 on the advice of the then Regional Education Officer and School’s Welfare Officer after the change in school location had proven to be a problem financially.

“The School’s Welfare Officer is who give me a letter, because I told them, I said, I cannot afford to send this child to [a particular] school because of the distance, and I don’t have any mode of

The letter was submitted to a probation officer. The single parent mother was then advised to get an Affidavit along with the child’s birth certificate and other documents, and she so complied.

“I was getting it since then until Wednesday when it stopped,” she said.

The concerned mother said the public assistance provided was used to purchase school supplies and personal belongs for the child, in addition to offset lesson fees and transportation cost.

“It will put a strain on me because now I am not working and when she was at home, it used to really, really helpful because most of the times, most of the things have to be printed because she was at home and doing the work on line. A lot of times, she had to carry her books into the school, I had to find transportation.”

Village Voice Newspaper understands that a number of persons in Region 10, who were registered under the public assistance programme, were last Wednesday informed that they will no longer be eligible for public assistance.

When contacted, Region 10 Regional Chairman Deron Adams told Village Voice News the issue was an ongoing one as he laid the blame at the feet of the Board of Guardian and the Government.

Public Assistance is offered by the Government to people with permanent disabilities on an annual basis, and those enduring economic challenges. The cases of people who fall within the latter category are reviewed every six months.

The Boards of Guardians are mandated to evaluate and determine the legitimacy of the public assistance applications countrywide.

The Regional Chairman said since the appointment of the eight-member Board of Guardian in January, he had expressed concerned that persons would have been removed without reasonable cause. In a letter to the Minister of Public Service Vindyha Persaud on January 27, 2021, Adams expressed concern about the composition of the Board but to no avail.

“Minister, with the obvious lack of consultation, the RDC #10 Council is concerned that there is hidden political agenda on matters of human rights and social security, with respect to the largest ethnic group of this region, seeking public assistance,” the Regional Chairman wrote. To date, he has received no response.

He explained that under the A Partnership for National Unity + Alliance For Change (APNU+AFC) Administration the number of persons registered for public assistance increased from 250 to more than 800. The number included single parent mothers and persons with disabilities.

Noting that the Board of Guardian lacks diversity and comprises of persons aligned with Government, Adams contented that there is a sinister plot to remove persons from the programme.

“I continue to get reports from single mothers of all ethnicities, Afro, Indo, that they are being taken off of the programme and the treatment that they are experiencing from these officers is not one that would fit that of a public servant or professional, and so that is a growing concern for us in the region,” he told his publication.

Region 10 Board of Guardian is chaired by Camille Alli. The Deputy Chairman is Thelma Lew-King, while the other members are Maline Couchman, Victor Walker, Chattergon, Judith Fiedkou, Hemant Singh and Gibron Bacchus.