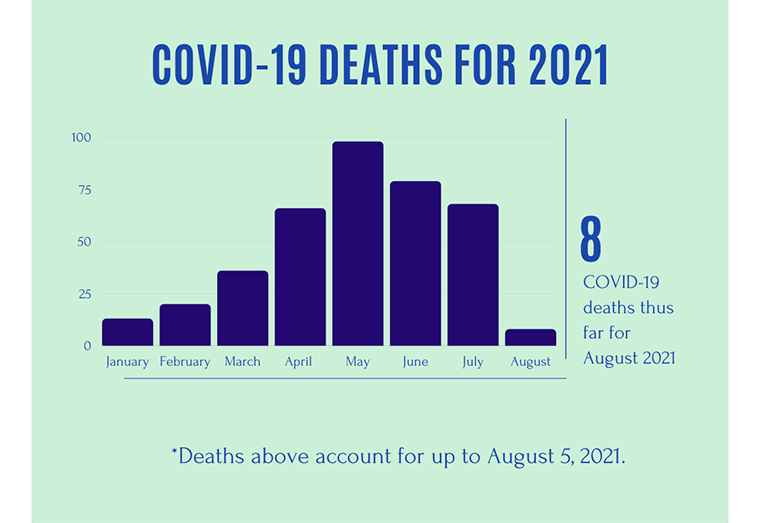 More persons have died from Region Four than any other Region. The Region has also experienced the most positive cases at over 10,200 followed by Region Three at over 2,600.

Meanwhile, males continue to surpass females in the number of deaths. For example, 30 females died in July while 38 males died. For August thus far, 6 females have died compared to two males.

Public discussion at its highest on COVID-19 vaccination

Sun Aug 8 , 2021
Support Village Voice News With a Donation of Your Choice. …those for and against maintain their positions  …many take the jab after feeling pressured by new measures  By Lisa Hamilton   It is perhaps the most active period in Guyana for opinions about COVID-19 vaccination and the introduction of restrictions and consequences in Guyana for the unvaccinated, both in the public […]