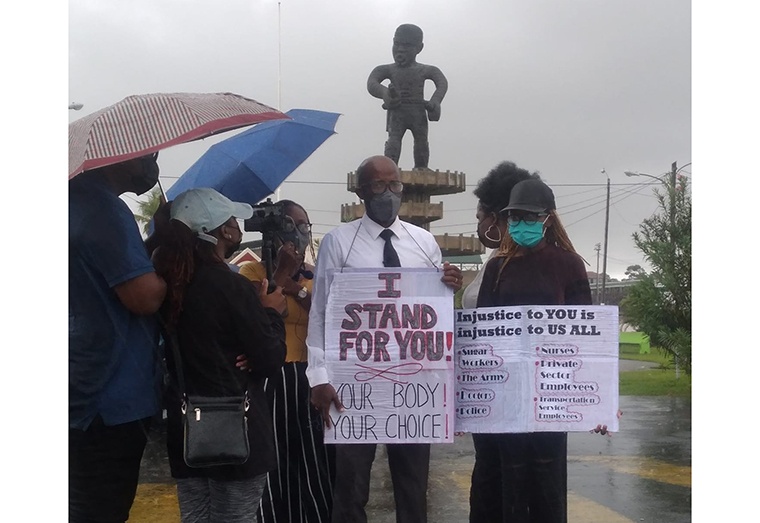 It is perhaps the most active period in Guyana for opinions about COVID-19 vaccination and the introduction of restrictions and consequences in Guyana for the unvaccinated, both in the public and private sectors.

The adult population appears to be divided into persons strongly for COVID-19 vaccination, persons strongly against, persons for vaccination but against mandatory requirements, persons in support of mandatory vaccination requirements, persons in between, persons with many questions pending answers, and persons who remain indifferent. As tensions fluctuate locally, the Village Voice News began gathering information on the thoughts of the public on the recently updated Emergency Measures which include several restrictions. The public was invited to share their thoughts on six of the general restrictions.

These were vaccination requirements: to visit a Government Ministry or Agency; for transportation operators and conductors; to work for some businesses and agencies; to visit restaurants, banquet halls, casinos, betting shops and cinemas; to enter or utilize some private businesses or services, and for travel to Guyana.

IT SHOULD BE OUR CHOICE

“If Guyana is a democratic country, why force people to take jabs?” questioned Joseph Omugija. Meanwhile, another individual said: “This jab should not be mandatory. We have enough information available for persons to make an informed decision if they should take it. From what I have seen, the lines are long for vaccination…at the end of the day we elected our officials to serve the people to make Guyana a benevolent place for its citizens. We should not have a brother or sister feeling like they can’t partake in society. All government institutions and services should be accessible by all citizens.”

Neoka John put forward: “Every individual should have a choice when it comes to their body. Governments are supposed to protect and fight for all citizens and respect all laws. Saying to the public that they have a choice yet restricting individuals access is discrimination… If something goes wrong after taking the vaccine, God forbid, would the Government be held accountable? I respect the decisions of private businesses but the government or public places should not be going down that road.”

Another person, Gissel Nelson said: “The government is being ridiculous and is in clear violation of our human rights by mandating person be vaccinated to enter Government ministries and agencies. The government has the responsibility to serve the people of Guyana, this measure is discriminatory and ought to come to an end immediately. Shame on the government of the day.”

Their comments were similar to that of persons who protested at the Square of the Revolution on Friday, against the new measures. They were led by popular Linden Pastor, Nigel London who bore the placard ‘I stand for you. Your body, Your choice’. Even when the rain began pouring, the religious leader remained at the location with numerous others in protest.

He told the media: “I am standing here in peace which is my right as a citizen of this country. As an individual, I’m standing here because something is wrong. I stand for every police officer. How can you tell people who work in the Ministry of Public Health, who have put their lives on the line for Guyanese, for you as well, that this morning they’re not allowed to go into their place of employment? This is unjust! I stand for you all with a principle in mind that it is their body, it is their choice. I am not standing here to say that people should not take the vaccine — I want that to be clear — I’m standing here to say that according to the World Health Organisation, you’re supposed to give the people a choice.”

Pastor London also called on unions to become more involved in representing the rights of workers who were fired from their jobs for refusing to be vaccinated. Protests have also been taking place in other parts of the country.

On the other hand, Guyana’s Head of State, President Ifraan Ali has stated that the unvaccinated present a threat to the nation and should face consequences for their refusal to be vaccinated. “The unvaccinated are now as deadly as the virus itself for they are not only greatly susceptible to infection, they will carry it…crippling or killing their own families, their friends and their co-workers,” the President said during a press conference marking his Government’s one year anniversary in Office.

Some persons who shared their thoughts with the newspaper agreed that it is necessary for persons to be vaccinated and supported the six general restrictions highlighted. “The Government’s primary function is to protect all citizens. If a small group of citizens’ behavior [is] going to affect the security of the majority of the citizens, the Government can take action to protect the majority. That’s why there are laws and police. Same concept with vaccines. The pandemic is a national security issue. Government can take drastic measures in order to achieve compliance,” Colin Patterson contended.

Meanwhile, Leslie Sue said: “Yes to all six. This is a pandemic and people have been acting irresponsible.” Denise Collison said too: “Yes to all six, as long as the vaccine is WHO approved. Those with verifiable medical reasons should be excused. It’s a pandemic. Take politics out of public health crisis.”

SOMEWHERE IN THE MIDDLE

Even so, there are many Guyanese who are uncertain about how they feel or are full of questions to which haven’t yet received sufficient answers. Most of those who responded to the Village Voice News and were in between were also not in support of forced vaccination.

“I think these measures are a result of the noncompliance by [the] majority of Guyanese to the previous existing COVID measures. It was only a matter of time before more harsh steps were taken by [the] Government. Nothing else worked or is working. Positive cases and death rate [are] increasing daily. I can’t say whether I support or not. I’m basically nonchalant at this point,” said Ryanna Williams.

“Plus it’s a business move. Government can justify a complete reopening by claiming herd immunity hence the push. Businesses [are] suffering with this curfew situation.”

Another man Rawle Chalmers, added: “Any private business can decide who they will accept at their place of business. Government being tax-payer funded cannot do that. They are there to provide services to the people.” There were several who had questions about who would take responsibility for a negative outcome to a person or persons from mandatory vaccination. “Who is accountable for vaccine injuries and deaths?” Clare Forbes questioned.

Hilton Garnett also questioned how such measures could affect persons who travel. He said: “Just learnt that Canada is not accepting persons with Sputnik -V. I am a Guyanese-Canadian, [I] travel to Canada once in a while and I have had two jabs of Sputnik-V. What should I do?”

BECAUSE OF THE PRESSURE

Already, over 260,000 persons have received the first dose of a COVID-19 vaccine while over 143,000 have received both doses. Since the Government and some private sector businesses began announcing restrictions to the unvaccinated, some persons have opted to become vaccinated as opposed to being cut off from certain services or negatively impacted work-wise.

“I wasn’t always planning to be vaccinated but, as someone who has to conduct business here and someone who travels, I saw it as a need. What I’m noticing is that eventually, it will become a requirement to travel around the world. I had no intention of taking it before,” said Arceno Marks, who gave in to taking the jab on August 6, 2021.

Young Victorian, Samuel Gillis, also took the jab following the restrictive measures. He had planned to take the vaccine eventually but after more research was conducted. However, with the new measures, he said that he felt forced. “I was waiting for more information and more tests and so on to be done before I took it, but because of the measures that were put in place, I needed to hasten and take it right away and I felt forced, of course, I felt pressured. I needed to run and go and do it right away because they would shut off services from you. That is why I actually went and did it at the time in which it was done… I am not anti-vaccine I am anti-force. This should be a choice and no one should be pressured into making it,” he posted online.

The first COVID-19 vaccine was administered in Guyana on February 11, 2021, at the Georgetown Public Hospital Corporation (GPHC) to Pharmacist, Brinnet Bernarai who works at the hospital. On the day, Minister of Health, Dr. Frank Anthony described the moment as “historic” noting that it would help Guyana to slow and perhaps halt the spread of the coronavirus in its territory.

Irate citizens push back against vaccine requirement for state healthcare

Sun Aug 8 , 2021
Support Village Voice News With a Donation of Your Choice. …as GPHC issues notice restricting the unvaccinated By Lisa Hamilton In what could be a contradiction of the Constitution of Guyana, a public advisory has been issued barring all unvaccinated persons from entering the Georgetown Public Hospital Corporation (GPHC) and its satellite clinics unless seeking medical attending or possessing a […] 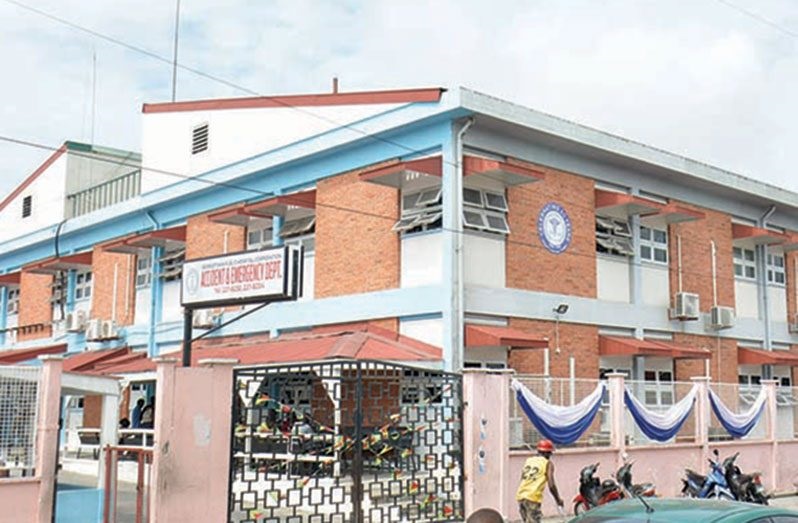