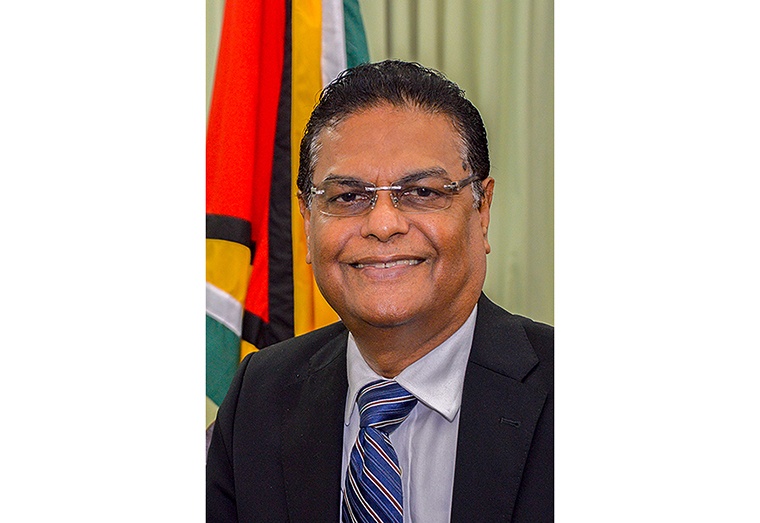 Prior to Thursday’s sitting, MP Mahipaul had written the Speaker on June 9 on the matter. Referencing  sentiments expressed by President Irfaan Ali, MP Mahipaul had said that the flood was the worst natural disaster in the country’s history.

“People’s livelihood has been disrupted. Properties are damaged. Livestock and other animals died while many are displaced. There is widespread devastation across the regions of our country caused by the current floods,” the A Partnership for National Unity + Alliance For Change (APNU+AFC) Member of Parliament told the Speaker in his letter.

In the National Assembly on Thursday, the APNU+AFC MP told the House that the country is hard hit by flood, which in part is as a result of the negligence of the People’s Progressive Party/Civic (PPP/C) Government.

“Sir, the APNU+AFC during the period 2015 to 2020 had a Regional Disaster Risk Management Committees set up in all 10 regions and their duty was to primarily prepare for these floods, but unfortunately, those Disaster Risk Management Committees are no longer in place,” MP Mahipaul explained while calling on the Government to reestablish the committees.

Further, he made a case for there to be a National Relief Programme aimed at bringing assistance and comfort to the affected; and a plan to mitigate the negative impacts of such floods in the future.

But the Speaker denied, the request for leave to adjourn the National Assembly on the basis that the matter is not urgent.

“First there is no doubt that we have floods, the definitiveness of what has been described is on the ground; the second issue there, it is of public importance and His Excellency, the Prime Minister has mentioned the amount of persons affected; the issue here is urgency, urgency, and in relation to the issue of urgency, the matter must be…of recent occurrence, and raised without delay, and in this regard, Erskine May states on page 386 that the fact that a grievance is continuing is not sufficient,” the Speaker told the House.

The Speaker told MP Mahipaul that there is sufficient time for him to bring a substantive motion to the House but the MP, in response questioned whether the Speaker, in his ruling, considered that the present situation poses a threat to the preservation of life.
But no amount of question or persuasion by MP Mahipaul was enough to convince the Speaker to rescind his decision.