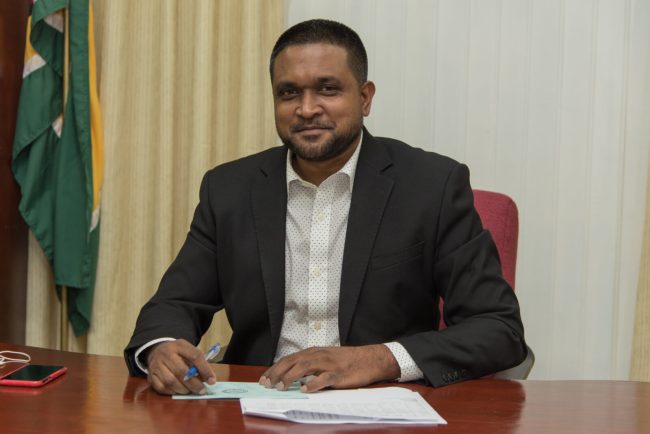 A Partnership for National Unity + Alliance For Change (APNU+AFC) Member of Parliament, Ganesh Mahipaul, who had tabled the questions, told Village Voice News that the Minister of Local Government Nigel Dharamlall’s failure to adequately response to the questions sends a bad signal.

“The minister is either ignorant of his role and that is to account to the people of this country through their representatives or he deliberately is withholding the answers because there may be a calculated effort to put monies in his friends and family pockets,” MP Mahipaul told this newspaper.

Further, he sought to ascertain when the Local Government Commission will be fully constituted. MP Mahipaul had also enquired into the Sustainable Livelihood Entrepreneurial (SLED) Projects and developments at the Haags Bosch Landfill Site, among other programmes.

Fri Jun 11 , 2021
Support Village Voice News With a Donation of Your Choice. Prime Minister, Brigadier (Ret’d) Mark Phillips on Thursday told the National Assembly that the Government, through the Civil Defense Commission (CDC), has distributed as emergency relief thousands of food hampers and sanitation supplies to over 300 communities across all administrative regions of Guyana affected by flooding. To date, according to […]