Prime Minister, Brigadier (Ret’d) Mark Phillips on Thursday told the National Assembly that the Government, through the Civil Defense Commission (CDC), has distributed as emergency relief thousands of food hampers and sanitation supplies to over 300 communities across all administrative regions of Guyana affected by flooding.

To date, according to the Senior Government official, 19, 935 food hampers and 17, 529 cleaning hampers have reached affected households.

“These severe conditions…have caused damage to homes; distress to and loss of livestock and domestic animals; destruction of crops, farmlands and other forms of livelihood”.

The senior government official said that the massive rainfall is the second highest Guyana has recorded since 1981.

Additionally, some 201 persons are currently housed in shelters as a result of severe flooding in their communities.

He added that specific relief measures by the CDC include ongoing management of shelter operations at Kwakwani, supporting the establishment of an additional shelter in Hururu, Upper Demerara – Berbice (Region Ten), providing support to the Regional Democratic Council (RDC) of Region Two for the establishment of two shelters in the Pomeroon River, providing technical support to the Regional Emergency Response System, and continuous assessment and dissemination of relief supplies.

The PM said that the Government has received additional support from the private sector, which has donated hampers and over $35M. The CDC has also set up a bank account in collaboration with the Guyana Bank for Trade and Industry Ltd. (GBTI) to facilitate donations from members of the public.

“It is this type of unwavering support that showcases the true spirit of unity among our people”.

Yesterday, His Excellency Dr Irfaan Ali was advised by the CDC that the flooding is now a Level two Disaster.  Today, the Prime Minister announced that the President had signed a document officially declaring the disaster.

“Today, pursuant to the powers conferred upon his office in Article 99 of the constitution… our President Dr Mohamed Irfan Ali has signed a Declaration declaring a disaster in the Co-operative Republic of Guyana. This is a level two disaster and what it simply means is while we have the national capacity to respond and we are not yet overwhelmed, we are seeking some external assistance as required to bring relief to the people during this difficult time,”  Prime Minister Phillips explained.

According to the Senior Government official, the National Drainage and Irrigation Authority (NDIA) and the Ministry of Public Works have been conducting emergency operations where necessary.

Those operations include installing pumps, dredging major drains and canals, and sealing the breaches.

“The National Drainage and Irrigation Authority (NDIA) has been conducting drainage assessments, and remedial works in key affected areas and Regional and Civil Engineers continue to monitor drainage systems, including sluices and pumps”.

In Pomeroon-Supenaam (Region Two), there was the dredging of outfalls in several communities by the NDIA while the Ministry of Public Works repaired pumps at Charity and temporarily sealed a breach in that region.

In Demerara – Mahaica (Region Four), he said that the NDIA will rehabilitate dams in the Mahaica River to prevent overtopping and protect farmlands and cattle.

While in Mahaica – Berbice (Region Five), the Prime Minister said the NDIA cleaned the Mahaicony Creek, and several excavators had also been deployed to reinforce the embankment. Pumps were also installed in several communities.

Although all outlets in Upper Demerara – Berbice (Region Ten) are functioning, flooding persists, however, mechanical cleaning of the outlets are ongoing to provide relief.

Yesterday in a visit to the region, the Prime Minister promised flood-affected residents that his Government will support them throughout the rebuilding phase. ( DPI)

Fri Jun 11 , 2021
Support Village Voice News With a Donation of Your Choice. A Partnership for National Unity + Alliance For Change (APNU+AFC) Member of Parliament Tabitha Sarabo-Halley has questioned the motive behind the Government’s intended motion to adopt the Dr. Walter Rodney COI Report and set the record straight on the circumstances surrounding Dr. Walter Rodney’s death. “I would like to commend […] 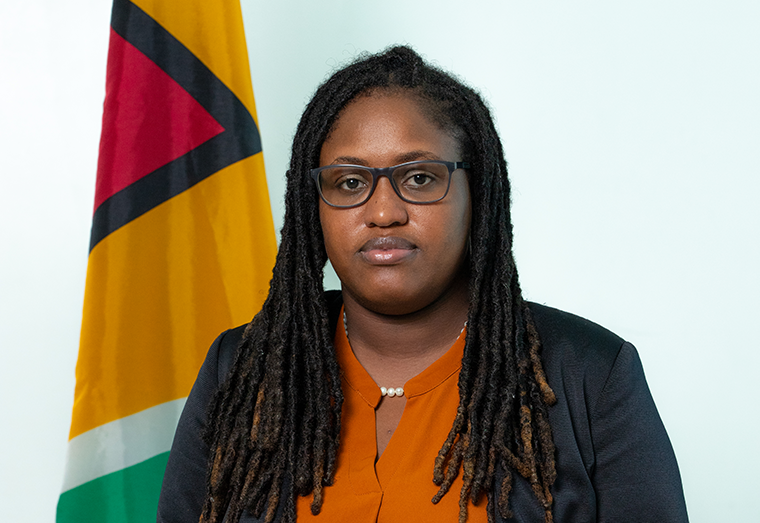