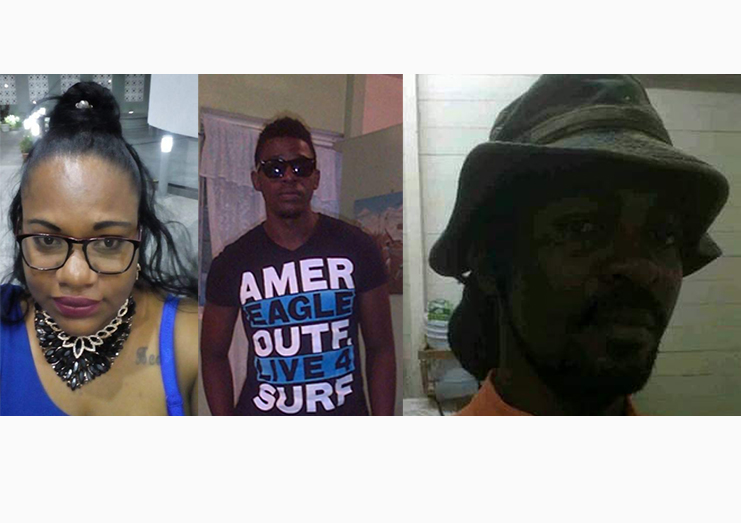 …due to reduced RUSAL operations, COVID-19

The communities of Kwakwani, Aroiama, and Hururu, Upper Berbice District (Region Ten) which were birthed from the existence of bauxite mining are feeling drastic economic effects of the Russian Aluminum Company’s (RUSAL) significant scaling down of operations.

The residents of these three communities have relied heavily and continue to rely on the bauxite sector for their survival. Many of them who work at the company have been employed in the sector since the existence of REYNOLDS, the first bauxite company, in the 1990s. They are now forced to seek alternative employment.

For some, self-employment was an easier option but for others, the situation is dire. Life has become challenging.

At Kwakwani, 80 per cent of the adult population was employed at RUSAL. Of the remaining 20 per cent many are dependent heavily on Government employment, whether at schools, the Regional Democratic Council (RDC), the Kwakwani Hospital and the Kwakwani Utilities Incorporated while others operate vegetable stands in the Kwakwani Market or small grocery shops in the community. Passenger cars have also been a source of income for some.

The drastic effect of the downsizing of RUSAL and the negative impact of the Novel Coronavirus Disease 2019 (COVID-19) has more or less crippled the community.

“Monies are not circulating, people are trying here and there but nothing much is not doing. The former Government had spent a lot of money on revitalising the community’s outlook by refurbishing our infrastructure and recreational facilities which would have boosted the hospitality sector in the community, but with COVID, no one is visiting the community to enjoy these services and then with the company shut down, there are no money coming in for workers to spend when they draw salaries at the end of the week,” Elroy Adolph, a resident of Kwakwani, told Village Voice Guyana.

Similarly, Overseer at Kwakwani’s NDC, Clairasa Hohenkirk, said the NDC has been hard hit by the closure of the company because of the ripple effect it has had on the businesses in the community.

She explained that with the non-circulation of money in the community, vendors are unable to pay their dues to the Council. She said sales have drastically declined and vendors simply cannot afford to fulfil their requirements. This too has an effect on the NDC’s operation as its mandate cannot be fulfilled.

“Many times you speak to vendors in and around the Kwakwani Market and they all tell you one thing, things are slow, people are not buying like before, it’s hard to even pay their weekly revenue to the council,” Hohenkirk related.

The situation is no different in the community of Aroaima, which encompasses three smaller communities: Maple Town, Lattersville and the Compound.

For the residents of Aroaima, life is significantly harder as the community was managed by RUSAL. The company invested heavily in its infrastructure, education and other developmental areas.

Lester Charles has lived in Aroiama for over two decades and worked at the bauxite company since in the 1990s. However, he was laid off and is now finding it extremely difficult to maintain his family.

Many of his colleagues have similar challenges but have decided to remain in the community despite the plethora of economic challenges.

Charles told Village Voice Guyana that Aroiama was built on bauxite mining and many of the young workers, who were also laid off, were born there.

“Right now, they have a real skeleton staff left, 9o per cent of the staff left is security workers. Many of the homes are empty and the security officers are now occupying those homes. It is very challenging for us, so I couldn’t stay, I had to get myself up and leave. I purchased my tool kit and am out here trying to see how I can catch a lil day work here and there because I am a plumber by trade. It is not easy but by faith I am making it day by day,” the frustrated man told Village Voice Guyana.

He said many of his colleagues have taken their severance packages and purchased second-hand vehicles which they now use as public transportation while others ventured into agriculture.

Hugh Morian, a former employee of RUSAL decided to fry chicken for a living in Kwakwani.

“I was applying all over for a job and wasn’t getting through and not long after, coronavirus came in the picture and nowhere was employing at that time. So I just deh home rack back doing nothing, I then decided to assess my community, what they need and how can I help and I began to contemplate what I’m great at. On completion of assessing the situation, I know I can fry a good chicken, it’s beyond compare, I does fry the best chicken in Kwakwani.  I tried something and it working out for me right now, I don’t think I will work back after this. If RUSAL should reopen, I am not resuming duty, unless my chicken business flop,” Morian told the Village Voice Guyana.

The Minister said that Government has requested a proposal from the company, on its plans for the future.  Bharrat said too that he had engaged the National Industrial & Commercial Investments Ltd. (NICIL) to be part of Government’s negotiation team with RUSAL.

RUSAL has also sought concessions from the Government to restart its operations and for the Berbice River where the bauxite ore is shipped, to be dredged.

The company’s main mining site, Kurubuka Mines, is currently flooded and place an additional financial burden on RUSAL, in its attempt to restart operations.

Meanwhile, many of the laid off RUSAL workers are eager to return to work, their desire is to see the company being nationlised or there be a change of ownership.

The workers are fearful that once operations restart at RUSAL they will be the subject of worse treatment than they experienced in the past. There were several protests by the workers of the bauxite company for what they considered to be less than satisfactory treatment meted out towards them by the management of RUSAL.

General Secretary of the Union, Lincoln Lewis, told Village Voice Guyana that the Union will not agree to RUSAL’s return. He said the bauxite company ought to be nationalizes.

Lewis, a veteran trade unionist, explained that pre- 1992, the state made provisions for two sectors to be privatized-  sugar and bauxite.  He said when the administration changed hands in 1992 under the People’s Progressive Party leadership, a decision was made to keep bauxite privatized while the Guyana Sugar Corporation (GuySuCo) was nationalized. This move, Lewis said resulted in many losing their jobs.

“Sugar continued to be in state hands and still every year, receives millions in subsidy from the Consolidated Fund,” Lewis stated. Some $5B has been budgeted to the sugar corporation in the 2020 annual budget and Lewis is of the fervent belief that the same level of importance and attention can be placed in the bauxite sector.

The Trade Unionist holds the position that if RUSAL is permitted to restart operations and is given the financial assistance requested then there will be no improvement in the issues which have plagued workers.

“I, myself, have worked in the bauxite industry both as an employee and as a union representative for most of my life and the worst form of labour I’ve seen for all those years, was practised by RUSAL,” Lewis told Village Voice Guyana.

He disclosed that GB&GWU wrote President Irfaan Ally and among other things, suggested that the state take control of and reopen that operation. “RUSAL has been here for years, they got all the concessions they wanted and never declared a profit, you will give them money again and they will still not declare a profit but will say they create jobs. The Government can do that. They can reopen it and pay decent wages and respect people’s rights and freedom,” the Trade Unionist said.

Lewis’ position was echoed by many of those who worked with RUSAL. “We use to even say that the Union Rep. [representative] was selling us out to the company when it was managed by the Government because of how they kept the Union so close and worked things out, but RUSAL couldn’t even recognize our Union and those are simple things that they didn’t set,” one worker told Village Voice Guyana under the condition of anonymity.

Despite the challenges, the workers exhort hope that the Government will examine all possible options, with the workers and the country at heart. They urge that the new administration holds sufficient consultations so that they can get a clear understanding of the situation before any decisions are made.

Sun Nov 1 , 2020
Support Village Voice News With a Donation of Your Choice. …as two more persons die, total cases now at 4162     With recording two additional Covid-19 deaths and 19 new cases on Saturday, the main opposition, APNU+AFC has flayed the PPP/C administration for what it described as the bungling of the management of the spread of the disease. In a […] 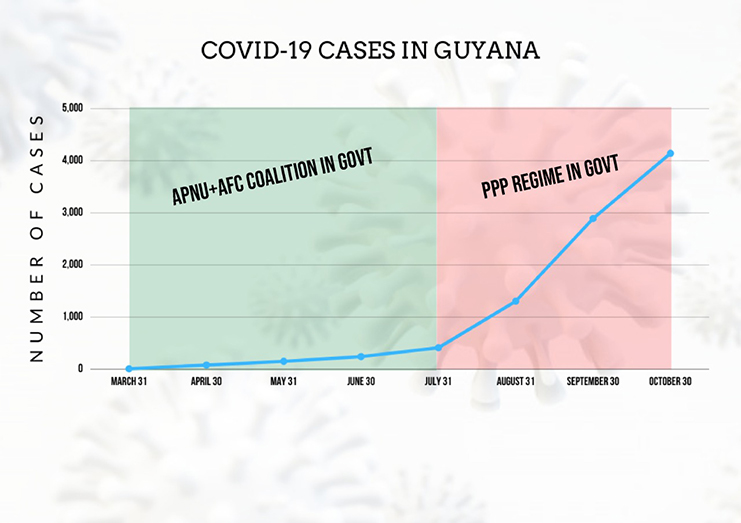