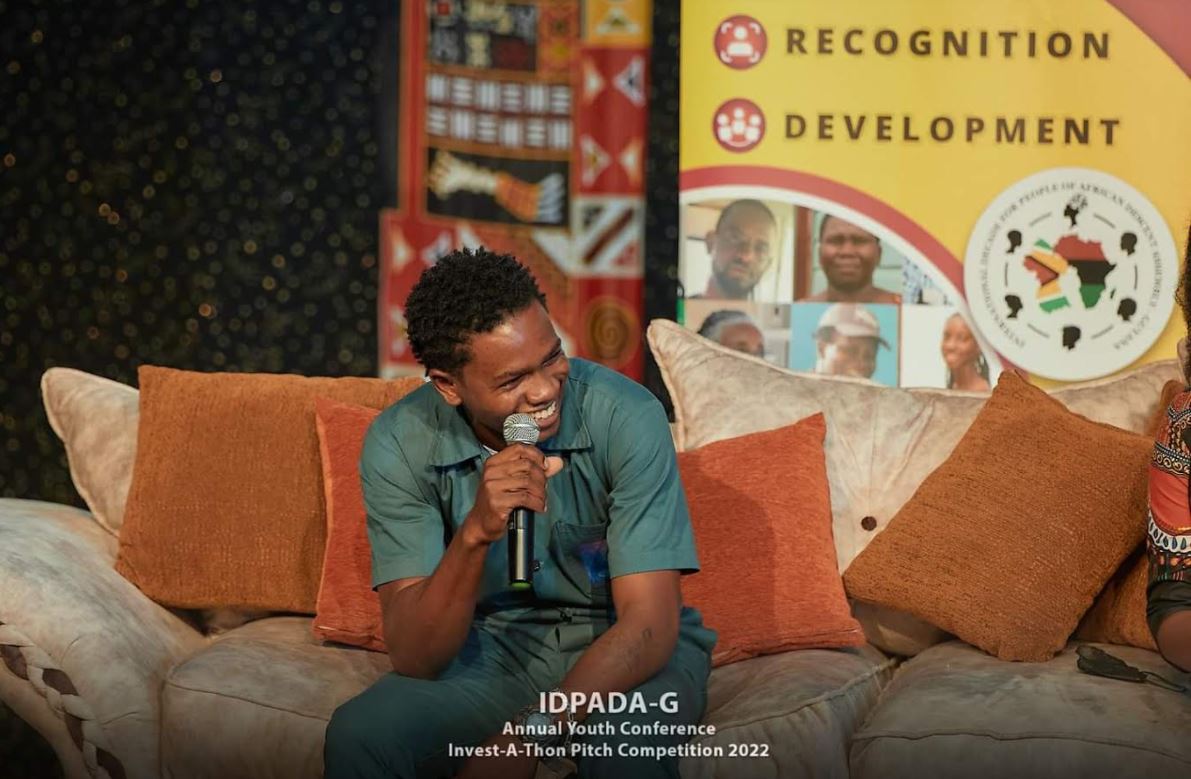 Expelled from school and caught up in a gang, Clinton Samuels’ life, at age 16, appeared to have been going downhill until he took the ‘bull by the horn’ and opted for change. Today, approximately eight years after, he is taking Guyana’s Furniture Industry by storm – providing high-quality luxurious furniture at affordable prices.

“We focus on making high quality, affordable furniture with an emphasis on providing excellent customer service. Having worked at a local company with a focus on global customer service, I saw firsthand how good customer service is key to having repeat customers which leads to business growth,” Samuels said as he introduced his business – COBBEC Vision – during the International Decade for People of African Descent Assembly – Guyana (IDPADA-G) 2nd Annual Invest-A-Thon and Business Pitch Competition – a competition he later went onto winning.

COBBEC Vision is a new and blooming registered furniture manufacturing company in Georgetown that brings innovative and high-quality furniture to the market.

“It was created in 2018 with the intention to improving the customer experience as it relates to shopping for furniture. In Guyana’s, poor customer service is rampant in the furniture sector. Clients often have to deal with inconsiderate furniture manufacturers. On top of that they are given substandard work with no option to remedy the fault. For those reasons, many persons now opt to import furniture rather than buy local. COBBEC Vision sees itself as a solution to this problem,” the 24-year-old entrepreneur said as he pitched his business to the judges.

In an interview with the Village Voice Newspaper, Samuels said while his pitch was no doubt compelling though precise, it was the unveiling of his work of art that won the hearts of the judges when the final was held earlier this month.

“We utilise locally sourced materials to manufacture upholstered sofas such as this finely crafted three-seater sofa from our BLOOM Collection, dining room sets, bedroom sets, outdoor sets, and ancillary furniture such as ottomans, shoe racks and coffee tables,” Samuels said as he pointed to an exquisite three-seater sofa crafted to perfection.

COBBEC Vision, the business owner further explained, partners with other furniture companies to extend the range of furniture options that are available to customers such as homeowners, restaurants, hotels, government agencies, and people who are in search of affordable and high quality furniture. To date, its customers include the Embassy of Mexico, D&J Restaurant, Wind Jammers Hotel, Business Inspire GY and countless homeowners.

“We generate revenue from direct sales to customers by customizing and re-modelling furniture. For 2021, we generated approximately $2M in sales and are on target to surpass this amount this year,” he explained.

Using his winning prize of $500,000, Samuels plans to improve the operations of COBBEC Vision by purchasing a carving machine and a chip foam machine. “It will also help us to ramp up our social media marketing and provide employment for an additional staff to take our staff complement to three,” Samuels had explained.

But before developing a love for upholstery, Samuels’ life appeared to have been heading off track. On Saturday, he recalled that mere months from writing the Caribbean Secondary Education Certificate (CSEC) Examinations he was expelled from the Charlestown Secondary School following an altercation with a group of children, and as such, he was not afforded the opportunity to write the exams. That was 2014. At the time, the young man, who is originally from Region One (Barima-Waini), was part of a gang.

In an attempt to ‘escape’ the gang, Samuels after consulting with his mother, traveled back to the Barima-Waini District to work with his father in the Gold Mining Industry on the borders of Guyana and Venezuela.

There he learnt how to cook and fix machines but most importantly how to manage his father’s operation. Many days, Samuels spent meditating on the life he would like for himself.

After four months of working in the gold mines with his father, Samuels returned to Mabaruma. He recalled that exactly one week after leaving the mining site, the Malandros – a criminal gang from Venezuela – invaded the backdam and launched an attack on the Guyanese there.

In 2015, Samuels returned to Georgetown, and it was then that his mother encouraged him to work at an upholstery shop with George Grey – a known upholster.

“After the first three months, I just developed a love for furniture making and just finishing furniture in general,” he said.

Samuels said apart from making furniture, he and Grey spent many days praying and reading the Bible.

“When I came home I was seeking a spiritual ground and he helped me along that path; so he wasn’t just teaching me how to make furniture but we had many Bible discussions because I was hungry for the knowledge of the father,” he said.

For more than a year, Samuels worked with Grey before taking up a post at Qualfon. It was there that he learnt the importance of providing good customer service.

“Only now I understand that my journey, working first at an upholstery shop and then learning customer service at Qualfon, that everything was simply piecing together for me to open my own business, that is why in my pitch I said, I worked at a local company that focuses on global customer service,” Samuels said.

After some eight months at Qualfon, Samuels went back to work for Grey but left months after.

Though it wasn’t his intention to start his own business, Samuels explained that it was his sister, who upon launching her own salon, encouraged him to make furniture for her business.

Initially, he doubted his ability on the basis that he had only specialized in covering the furniture and not building from scratch but with motivation from his sister, he took up the challenge.

“I started building, when I finish building the first sofa, I thought to myself that I didn’t know how to build but if you really understand how the human mind works, everything we see, we download it; subconsciously it is there, we just need to go back and access it, like an unlimited memory card. So when I finish building the sofa, I said to myself, who told you that you couldn’t do it?” Samuels said.

Before Samuels knew it, he was taking orders from his sisters’ customers in 2018. His customer base quickly expanded.

The young entrepreneur said though the winning prize for the Invest-A-Thon was attractive, he was more interested in acquiring knowledge and opted to participate in IDPADA-G’s Business Conference, which was held under the theme “Positioning Youth through Business and Innovative.”

“There should be more events like the business conference, not by IDPADA-G alone but by the Government that would expose the greatness that youths, not just black youths as myself but other youths from other races, have, and get to see where this generation is taking the world,” he encouraged.

Tue May 17 , 2022
Support Village Voice News With a Donation of Your Choice. ─ 250 exhibitors on board More than a dozen donor agencies have indicated their interest in participating in Guyana’s premier Agriculture Investment Forum and expo, set to open at the Arthur Chung Conference Centre on Thursday. Updating the media today, Agriculture Minister, Zulfikar Mustapha said the agencies will participate in […] 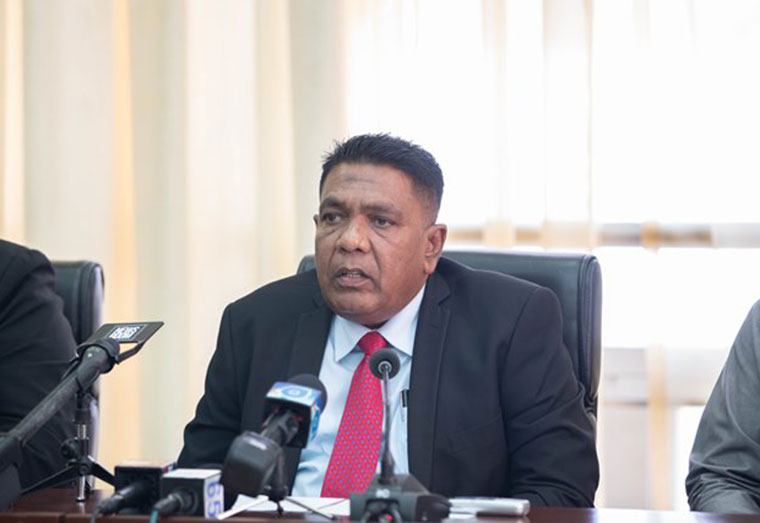