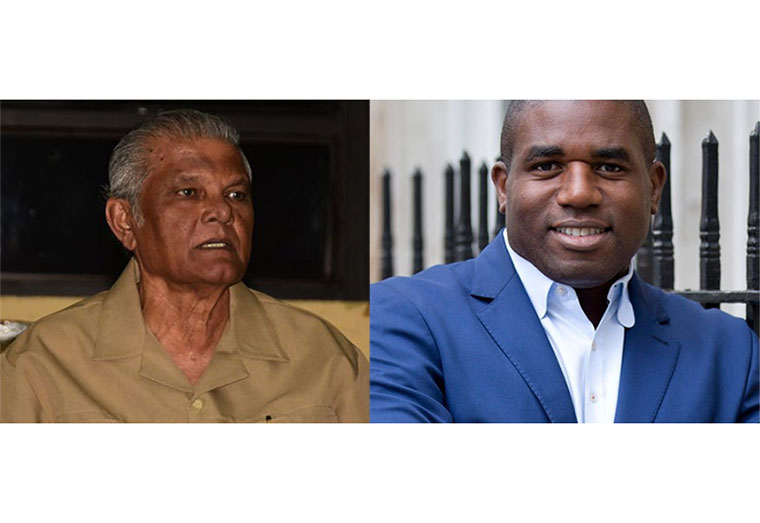 
President Irfaan Ali has appointed Major General (ret’d) Joseph Singh as chairman of the controversial Natural Resources Fund Board and also UK Member of Parliament David Lammy and former Foreign Affairs Minister and now Guyana’s Permanent Representative to the United Nations and Carolyn Rodrigues.
The three officials are Ali’s picks for the board, which the opposition said was illegally set-up. Singh, Lammy and Rodrigues will join Dunstan Barrow and Mr Ramesh Dookoo as the other Board of Directors. In a press release, the Office of the President said the directors will be invited to take their Oaths of Office shortly. Lammy’s appointment comes as a surprise, although he has frequented Guyana in recent times. Lammy was born in Tottenham, London, attended public schools there, and furthered his studies at the School of Oriental and African Studies and Harvard. Lammy held various posts in the Labour Government rising to that of a Minister of Higher Education.

Back in December last year Lammy paid a courtesy call on Foreign Affairs Minister, Hugh Todd. He was accompanied by Deputy High Commissioner of the United Kingdom to Guyana, Mr. Ray Davidson. Lammy during his discourse informed that he currently holds the position of Shadow Foreign Secretary in the UK Parliament and expressed interest to remain in contact with the Foreign Ministry in Guyana. He also highlighted issues such as vaccine nationalism and climate change and the outcome of COP 26 as critical areas of engagement.
Section 3 (1) of the Natural Resources Fund Act 2021, Act No. 19 of 2021, assented to by His Excellency, President Ali on the 30th day of December 2021, establishes the Natural Resource Fund (NRF) to manage the natural resource wealth of Guyana for the present and future benefit of the people in an effective and efficient manner and in accordance with the principles of good governance, transparency, accountability, and international best practices, including, the Santiago Principles.

Section 5 (1) of the said Act provides for a Board of Directors of the Fund comprising of not less than three (3) and not more than five (5) members, who shall be appointed by the President, inclusive of a chairperson. In accordance with Section 5 (2), these Directors are selected from persons who have wide experience in legal, financial, business or administrative matters, one of whom shall be nominated by the National Assembly and one of whom shall be a representative of the private sector.
In pursuance thereof, at the 46th Sitting of the National Assembly of the 12th Parliament of Guyana, held on the 13th day of April 2022, a Motion was unanimously passed approving Mr Dunstan Barrow, nominated by the Standing Committee on Appointments of the National Assembly, as a Director of the Board of Directors, of the Fund. After consulting with the various organisations representing the private sector, Mr Ramesh Dookoo was selected as a representative of the private sector.

The A Partnership for National Unity + Alliance For Change (APNU+AFC) recently filed a lawsuit in the High Court here challenging the legality of the passage of the NRF Act. It said if it wins the case against the Government it will consider among other things initiating criminal proceedings, should there be any evidence of abuse of the country’s finances.
This according to APNU+AFC Member of Parliament, Roysdale Forde, who is the lead attorney in the case. “The party will certainly consider that [criminal proceedings] and any other option that would be available at the time having regard to the circumstances. So if it is decided that at the time, having regard to what we know and the extent of the pillage of the fund, and the misuse of the funds that it is appropriate to institute criminal proceedings or any other sort of proceedings, it will be done,” the Senior Counsel said. At the time, he was responding to a question posed by the Village Voice News during a People’s National Congress Reform (PNCR) press conference.
The legal proceeding was initiated in the High Court by Opposition Chief Whip, Christopher Jones, and Trade Unionist, Norris Witter with the aim of invalidating the ‘controversial’ Natural Resource Fund Act, which was passed in the National Assembly last December amid much chaos, and in the absence of the Mace.

Importantly, they also want the Court to order that all actions taken under the Act upon its enactment to be nullified. According to Forde, should the Court invalidate the legislation, the Government would be required to reconstitute the Natural Resource Fund. “The consequence of…the Court finding that the Act is unlawful is that those funds would have to be returned to the fund, the fund would have to be reconstituted,” the Senior Counsel said, noting that the Government would have to bear the economic consequence of ensuring that the NRF is reconstituted.
Leader of the PNCR, Aubrey Norton explained that the legal proceedings seek the Court’s determination of the constitutionality of the Natural Resource Fund Act in light of thefailure by the National Assembly and Parliament to consult the stakeholders and citizens in the enactment and passage of the Natural Resource Fund Act;the decision of the Speaker of the National Assembly to permit the Act to proceed in the face of a Petition presented to Parliament seeking time for consultation; and the Speaker allowing the Bill to be passed without calling on any Opposition Member of Parliament to debate it.

He too referenced to the passage of the Bill in the absence of the Mace in the Assembly. Norton said despite the importance of these legal proceedings, Guyanese have recognized that the effective and transparent management of the nation’s oil funds requires a political solution based on Article 13 of the Constitution. “The PNCR joins Civil Society and others in the call for such a National Inclusionary Approach – one that respects the fact that our natural endowment equally belongs to all citizens; and one that rejects the PPP’s approach of domination and control with the aim of facilitating and condoning cronyism, corruption, discrimination, and exclusion,” Norton said.

Wed Apr 20 , 2022
Support Village Voice News With a Donation of Your Choice. —says Guyana yet to reach 50% coverage Washington D.C., 20 April (PAHO) – Over two-thirds of people in Latin America and the Caribbean have now received two doses of COVID-19 vaccine while some countries have yet to reach even half of their populations, said the Pan American Health Organization (PAHO) […] 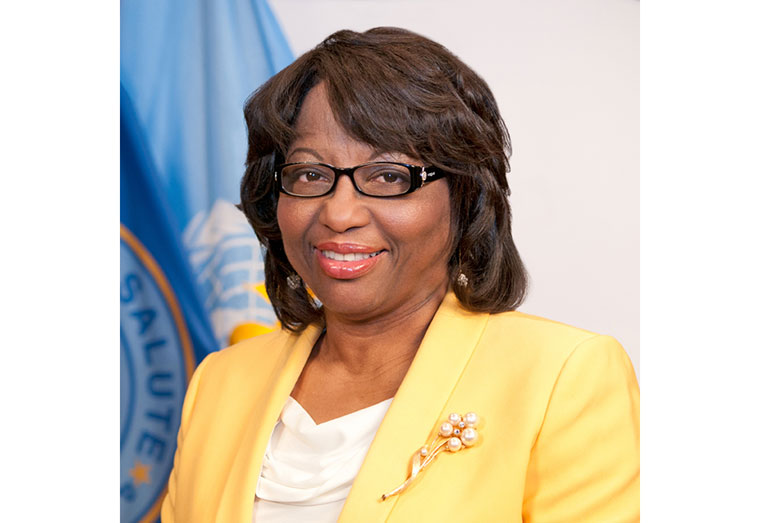