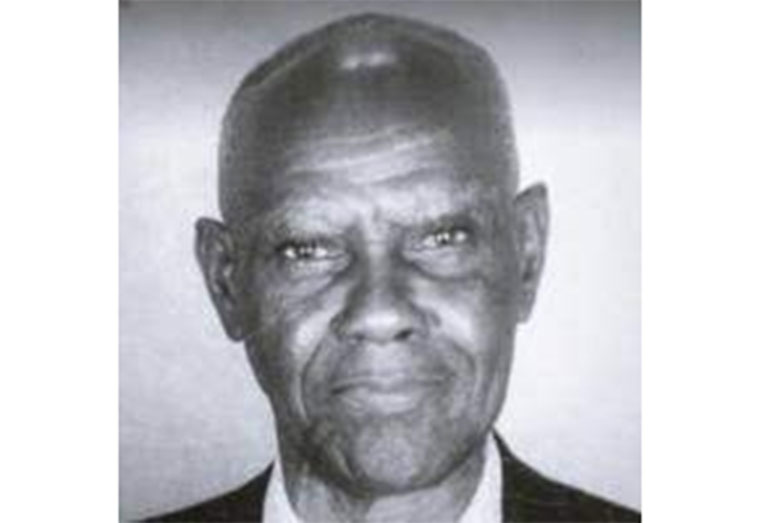 Hubert Nathaniel Critchlow, an African Guyanese, is a National Hero and the Father of Trade Unionism in the British Empire. In 1905, this young 21-year-old waterfront worker began organising workers to rally together and change the conditions of their work and social environment. 14 years later, at the age of 35, he saw the fruition of the trade union being recognised as a legal entity via the Trade Unions Ordinance (1919). The trade union was the forerunner mass-based organisation in society; it came before the political parties- PPP (1950) and PNC (1957)-were birthed.

Critchlow functioned in an era of colonial domination and would virtually be seen at the lower rung of the socioeconomic ladder. This young African Guyanese blue-collar worker, did not attain formal education beyond Fourth Standard, today referred to as Grade Six. He attained however the competencies in the world of life and in his working environment where he commanded the respect and attention of the white colonial Governor and other high offices in advancing the welfare of the working class. That he set the trajectory of this nation on a progressive path says much as to what manner of man he was and his level of intelligence.

There is no Guyanese today holding high office that does not owe such elevation to the workers’ struggle for equality. No Guyanese today owning business, is an employer or manager, can say his or her achievement has not come without the struggle of the working class. Almost all of this nation’s people are from the groups once considered inferior to the European, were treated lesser than and had to fight for their respect and dignity. This fight remains relevant though the actors may have changed.

In 1926, when Critchlow and fellow Caribbean Labour Leaders were blazing the trail, considered disruptors by making the status quo uncomfortable, Cheddie Jagan and Forbes Burnham were mere boy and toddler, eight and three-year old, respectively. His was a vision to create a society where the workers and citizens (the masses) would be rulers of their destiny, treating each other with dignity and respect. Said year these leaders held a Conference in Georgetown where the regional groundwork for our social, economic, civil, political and cultural self-determination took shape.

Co-founder of the PPP, attorney-at-law Ashton Chase in his presentation titled, “The Vision, Struggles and Victories of Hubert Nathaniel Critchlow” reminds us that:

“To recall some of the matters dealt with at that Conference will give a pointer to the vision of Hubert Nathaniel Critchlow. They included 1) The passage of a resolution of the formation of a Labour Federation between Guianese and West Indians to be called ‘The Guianese and West Indian Federation of Trade Unions and Labour Parties;’ 2) A Federation of our respective Territories; 3)Compulsory education throughout the West Indies; 4) An urging on the respective Governments to introduce Workmen’s Compensation; a standard 8 hour working day, the abolition of child labour, minimum wages, non-contributory old age pensions and National Health Insurance; 5) Prison reform, peremptory challenge to jury and the abolition of the Special Jury; and 6) Universal adult suffrage.”

His struggle to change the course of Guyana for the working man and woman took place in the era of the industrial revolution that led to World War 1 and a colonised Guyana where the might of the British Empire spanned the oceans and continents. At that time what Critchlow set out to do would have been a herculean task. And his ability to recognise the importance of collective struggle is inspiring for it was not only among the stevedore workers or regional trade unionists but also among ethnic groups.

After that Conference he met with the British Guiana East Indian Association to lend support to this community’s quest for voting rights, et al. He once represented sugar workers, who were predominantly East Indians, and was nicknamed by them the “Black Crosby” because it was felt his advocacy on their behalf mirrored James Crosby, Immigration-Agent General for the British colonies. Critchlow held this position until Ayube Edun began representing those workers. He respected the right to freedom of association.

Critchlow operated in an era where the struggle to dismantle perceptions and treatment of inferiority and inequality was valiantly and unapologetically waged by the workers. It was organised labour that set-in train the struggle for the attainment of universal adult suffrage (one man one vote), later given fillip by the political forces. The attainment of this in 1953 changed the conditionality of privilege that was associated with voting.

The right to vote and the power it gives to you, the citizens, must never be underrated for it is your most potent weapon, your most valuable action that can determine our future, the leadership that you have a right to choose and the foundation that would determine your life and that of your family. Millions have died for this right and millions continue to.

Sun Feb 27 , 2022
Support Village Voice News With a Donation of Your Choice. The celebration of Guyana’s 52nd Republic Anniversary should have been a united national event. It remains an unfortunate feature in Guyana when there is disunity in the hosting and participating of national events, for example Independence, Republic, May/Labour Day, Emancipation, and ethnic holidays. These are events on the national calendar […]