The celebration of Guyana’s 52nd Republic Anniversary should have been a united national event. It remains an unfortunate feature in Guyana when there is disunity in the hosting and participating of national events, for example Independence, Republic, May/Labour Day, Emancipation, and ethnic holidays. These are events on the national calendar meant to be celebrated/commemorated by all, irrespective of our politics, and they should transcend political egos.

Childish politics should be put aside in the interest of the national good. This is not too much to ask of any leader, government, or opposition. Last week’s Flag Raising Event held in the Parliament Buildings, instead of being one that would have seen the invitations of all Members of Parliament, it was another segregated event. Only supporters of the PPP/C government were invited to the event.
Republican status was achieved under the Linden Forbes Sampson Burnham government and followed four years after having attained independence in 1966. Guyana breaking the final yoke of colonial domination is a national achievement not a partisan one. The PPP/C government failed us once again by not using this opportunity of republic anniversary, a national event, to unite Guyanese around a national good.
No government can afford to function in a divided environment because as a people we have too much at stake to gain or lose. A divided nation is vulnerable to external as a well as internal forces seeking to exploit its people and its wealth.
In the 1980s when Venezuela raised its territorial claim it was a united Guyana that repelled Venezuela. The controversy arose again as the PPP/C politics created division. Guyanese await the ruling by the International Court of Jurist, that would hopefully uphold the 1899 Arbitral Award, but we do so as a more divided than united nation as we were in the 1980s.

The exploitation of our oil and gas resources is also being done in a divisive environment instead of bringing our best minds together. President Irfaan Ali and his team must acknowledge their divisive governance is alienating Guyanese, weakening Guyana, and any chance of the possibility of equitable development and strengthening of national cohesiveness.
Serious attention and meaning must be given to the national motto, “One People, One Nation, One Destiny” if there is going to be some semblance of order, cohesion, and equitable development.

“One People” appeals to our unique identity as Guyanese and working to forge this identity based on diverse experiences. “One Nation” appeals to the oneness of Guyana, a land that belongs to all by virtue of birth and citizenship. And “One Destiny” appeals to our oneness of purpose. These are qualities Guyanese should be allowed to celebrate each day in forging an unique identity that makes us second to none and the aspiration of others.
The construct and aspirational ideals of Guyana’s motto is undoubtedly different from President Ali’s ‘One Guyana’ slogan. Where the national motto appeals to our collective identity, presence and purpose as citizens; the slogan appeals to segregation. His is a oneness that dictates association and the promise of perks or access resulting from such an association. Ali’s slogan does not nurture and celebrate diversity but insists on a group think or pandering which is divisive. A people divided would always be defeated.

Sun Feb 27 , 2022
Support Village Voice News With a Donation of Your Choice. A tooth abscess can arise from infections that develop inside the tooth. Bacteria can enter the tooth when it’s chipped, broken, or decaying. Once the bacteria reach the center of the tooth and the tooth becomes infected, pus accumulates in the tooth. The pus in the tooth swells and results […] 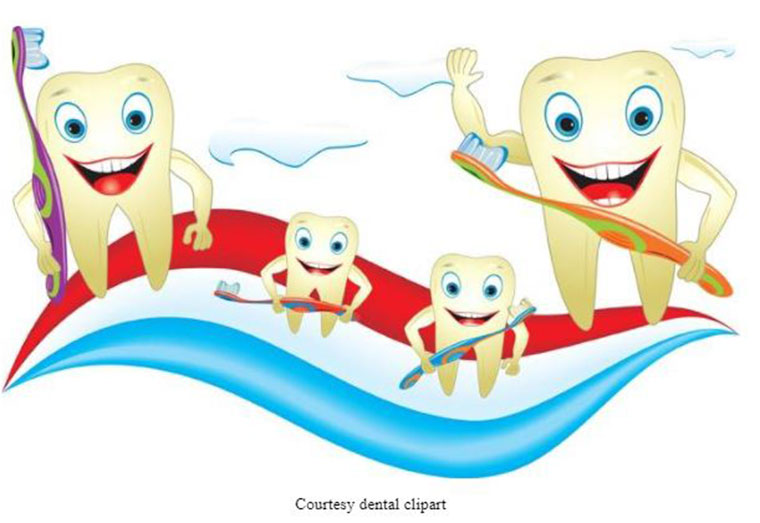