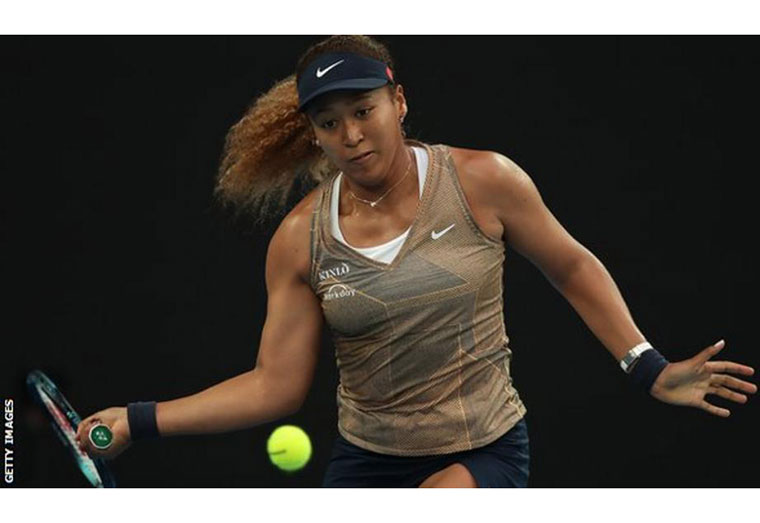 ( BBC SPORT) Japan’s Naomi Osaka has withdrawn injured from the semi-final of an Australian Open warm-up tournament, but the defending champion says she still intends to play in the Grand Slam.

The 24-year-old returned to action in Australia after four months out following the US Open.
She withdrew from the Melbourne Summer Set because of an abdominal injury.

Osaka says she will “rest and prepare for the Australian Open”, which begins on 17 January.

She wrote on Twitter: “Sad to withdraw due to injury from my match today, my body got a shock from playing back to back intense matches after the break I took. I’ll try to rest up and I’ll see you soon!”

The four-time Grand Slam champion took an indefinite break from tennis after losing to eventual finalist Leylah Fernandez in the third round of September’s US Open.

That came after a turbulent year in which she said she would not do news conferences at the French Open to protect her mental health, later pulling out of the event, missing Wimbledon and revealing she had experienced anxiety and depression.

Osaka – now ranked 13th in the world – said her main target for 2022 is “having fun” on the court. She had won her first three matches at the Melbourne tournament.

Russia’s Veronika Kudermetova was set to face Osaka in the semi-final and will now advance to the final to face Romania’s Simona Halep, who beat China’s Zheng Qinwen 6-3 6-2.

Sun Jan 9 , 2022
Support Village Voice News With a Donation of Your Choice. (SPORTS MAX) When 13-year-old American prodigy D’Asia Duncan steps onto the track at the Gamecock Indoor Challenge in South Carolina on Saturday, her Jamaican coach Xavier Brown is expecting to see further signs of improvement from the youngster, who hopes one day to be like her heroine Allyson Felix. Brown, […]