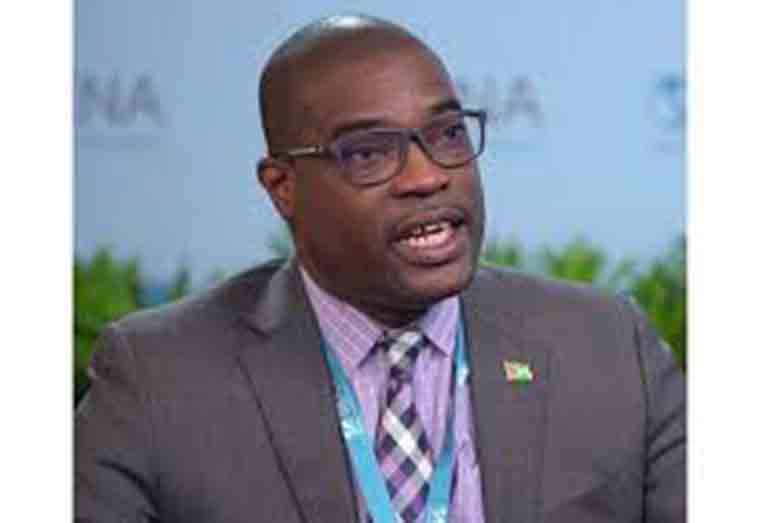 Shadow Oil and Gas Minister and former Minister of Public Infrastructure, under the previous administration, David Patterson has publicly called out the Speaker of the National Assembly, Manzoor Nadir for removing a key clause in a motion submitted by him, seeking clarity on aspects of the proposed Gas to Shore Project.

According to the Member of Parliament, “I was notified that the Speaker has deleted one of the Resolve clauses in the Motion which calls for: “An economic analysis including the total estimated project cost of the Gas-to-shore project alternatives covering energy mix and phasing approaches.””

The former Minister said after the information was brought to his attention, he sought clarifications from the House Speaker who indicated by way of letter that he is not obligated to give reasons for his decision.

According to the correspondence addressed to Patterson from the Clerk of the National Assembly, Sherlock Isaacs “If the Speaker is of the opinion that any notice of motion which has been received by the Clerk of the Assembly infringes the provisions of the Standing Order or is in any other way out of order, he or she may direct:- that the Member concerned be informed that the notice of motion is out of order…therefore, the Hon. Speaker is not obligated under the Standing Orders, to give reasons for altering questions and motions”.

More than two months ago, Patterson submitted a motion seeking for the Parliament to debate the merits and demerits of the proposed Wales Gas to Shore Project. The Motion seeks to have the parliamentary committee on Natural Resources examine the details of this proposed project, including holding public hearings and presenting a full report to the Parliament before any final binding decisions are made.

Concerns have already been raised with regard to the transparency of the project which is pegged at some US$900 million. It is being spearheaded by the former Executive Director of the National Industrial and Commerical Investments Limited (NICIL), Winston Brassignton. Already some 30 companies have submitted expressions of interest for the massive project. It is expected that the investment will result in cheaper and more affordable electricity.

According to a Kaieteur News article Patterson has challenged the decision of the PPP/C Government to have the landing of the pipeline from the offshore Liza Projects to Wales as being baseless, since there is no data or study that publicly exists to support such a decision. In his motion, Patterson outlined that the Wales location will require a 110km long pipeline to be laid along the seabed, as well as 27km on land, which will pass through residential, commercial and agricultural zones. The parliamentarian said, too, that no investigation nor study has been conducted to understand the environmental and safety risks from pipeline leaks and ruptures, which may be caused by defective construction, aging, corrosion, seabed land forms, mudslides, hurricanes, faults, fractures, and seismic activities, such as earthquakes and volcanoes. He was keen to note that gas leakages and exposures in the marine environment have been shown to be highly toxic to fish, and living organisms and the ecology, which could devastate the fishing industry.

Further to this, Patterson said it has been determined in a March 2021 United States Bureau of Environmental Enforcement (US Offshore oil & gas regulator) comprehensive report that the technology has not matured, and is not reliable enough to ensure the integrity of deep-water pipelines and detection of subsurface leaks. He said, too, that no new study has been conducted to investigate the economic, social and environmental renewable alternatives, such as solar, hydropower, and wind, including an energy mix with phasing, thereof.
Speaking to other areas of concern, the former Minister said that the proposed Wales facility is located at the mouth of the Demerara River which has a very shallow draft and where 90% of the commercial marine traffic operates.He said such a location would exacerbate the safety and environmental risks that would result from the worsening marine traffic congestion.
Additionally, he said the publicly stated costs for the pipeline will make this the single largest infrastructure project in the country’s history.
Taking the foregoing points into consideration, he called for comprehensive studies to be conducted by independent and internationally recognized consultants. He said the scope of studies should include an investigation to understand the geological, environmental, and safety risks with mitigating actions, from pipeline leaks, ruptures, and movements that may be caused by defective construction, aging, corrosion, seabed, land forms, mudslides, hurricanes, tsunami, faults, fractures, and seismic activities, such as earthquakes and volcanoes; and analyses of the available technology for real time monitoring of the deep-water pipeline to ensure its integrity and reliable detection of subsurface leaks as well as the environmental, safety and health risks with mitigating actions associated with accommodating the gaps in technology.
The politician also said that such studies should seek to investigate the health, safety and environmental risks with mitigating actions posed by the shallow draft and worsening marine traffic congestion at the mouth of the Demerara river; an analysis of the economic, social and environmental renewable alternatives such as solar, hydropower, and wind, including an energy mix with phasing, thereof; consistent with our overall effort to achieve a low carbon economy and compliance with the Paris Agreement on climate change; and finally, an economic analysis including the total estimated project cost of the gas-to-shore project alternatives covering energy mix and phasing approaches.
When completed, he said these studies should be submitted to the Parliament’s Natural Resources Committee which shall, after examination, present a report to the National Assembly.
Patterson is of the firm conviction that the gas-to-shore project’s final decision should be put on hold until the National Resources Committee presents its report for debate and approval.

Sun Dec 12 , 2021
Support Village Voice News With a Donation of Your Choice. The Government of Guyana and the United Nations (UN) System on Friday signed the new regional Multi-Country Sustainable Development Co-operation Framework (MSDCF) for the English and Dutch-speaking Caribbean covering the period 2022-2026. The agreement was officially signed by Senior Finance Minister Dr. Ashni Singh and the UN Resident Coordinator, Ms. […]