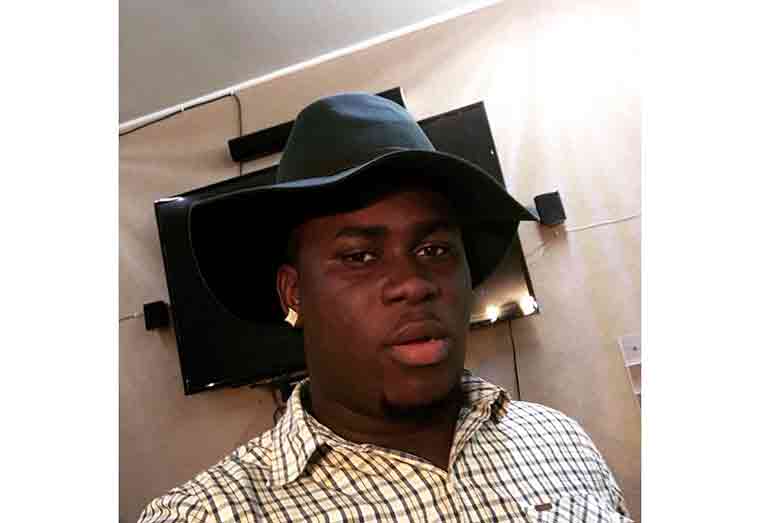 “Life do not stop until you die so you have to keep on pushing,” are the words of Rudolph Sammuel Beaton, Owner of Premium Cut Barbershop and Beauty Salon.

While Beaton, also known as ‘Sammy Beats’, may be one of Linden’s popular barbers, he was the jack of all trades before barbering fulltime.

The 28-year-old grew up in Half-Mile Extension, Wismar, Linden with his mother and other siblings.

Beaton related to this newspaper that his childhood was not enjoyable due to financial challenges his family would experience which forced him to grow up at a young age.

“I did not have a good childhood. After my mother and father separated, I lived with my mom and she was moving from house to house. All my mother could have done was provide food for my siblings and I and we had to find the rest,” he recalled.

In attempt to help his mother, Beaton began working at age 13 while simultaneously attending the Wisburg Secondary School with dreams of someday becoming an architect.

He would work at wash bays and construction sites which in most cases saw him being underpaid due to his young age.

Eventually, Beaton was forced to discontinue his secondary education at age 15 due to financial difficulties.

From 2008 to 2013 Beaton spent his days searching for a purposeful job. He even successfully completed programmes at the Linden Technical Institute and KuruKuru Training College. However, everything that he tried did not give him that feeling of fulfilment that he longed for.

This he when he turned to barbering, which was nothing new to him.

Beaton told Village Voice News that at the tender age of 13, he made his first attempt to cut his own hair with a razorblade, comb and a pair of scissors.

“When I started knowing myself and I wanted to look cute and handsome, I started experimenting on myself because my mother did not have money to send me to the barber,” he recalled.

Although the attempt resulted in a rough finish, it was the beginning of a promising career that would lead Beaton out of poverty.

“The first time I cut my hair it was messed up but I kept trying and eventually got better at it. Then I started making a money off of it because whenever I cut my hair and people saw the results and liked it, they use to ask for me to give them a line up or to cut their hair,” he recalled.

In 2013, Beaton decided to do his barber training at the ‘USAID Sky Program’ and received his barbering certificate that said year.

However, it was only in 2014 that the young man, after being a jack of all trade, decided to do barbering fulltime which resonated well with him because of his developed love for the art.

Since then, Beaton went from barbering under a house through Poker Street Wismar, Linden to having his very own barbershop, Premium Cut Barbershop and Beauty Salon, located at the Toucan Mall on Toucan Drive Amelia’s Ward, Mackenzie, Linden.

Beaton had made his name on the Wismar shore of Linden but his transition to the Mackenzie shore meant a new environment, and called for initiative.

“When I came in the Amelia’s Ward I was a new face in the community. So I built my clientele by going out in the streets and telling people about the services I offered. I was hustling and it worked,” the father of one related.

Today, Beaton offers his services to almost 100 persons on a weekly basis.

In reminiscing on his past and the progress he has made, the barber said that he is grateful but not satisfied.

Beaton’s plans for the future includes furthering his studies in barbering, followed by opening a barbering school in the mining town of Linden.

His advice to persons is to work hard for what they want.

“You have to learn to take lash, cuts and bruises. Life do not stop until you die so you have to keep on pushing, you have to work hard and be dedicated,” Beaton stated.

‘Burnham is among the angels’

Sun Nov 28 , 2021
Support Village Voice News With a Donation of Your Choice. I suspect that the current onslaught upon Forbes Burnham and the Peoples National Congress (PNC) for their relationship with the government of the United States in the 1950s and 1960s has much to do with the PPP being accused by the opposition since the no confidence motion in 2018 of […]