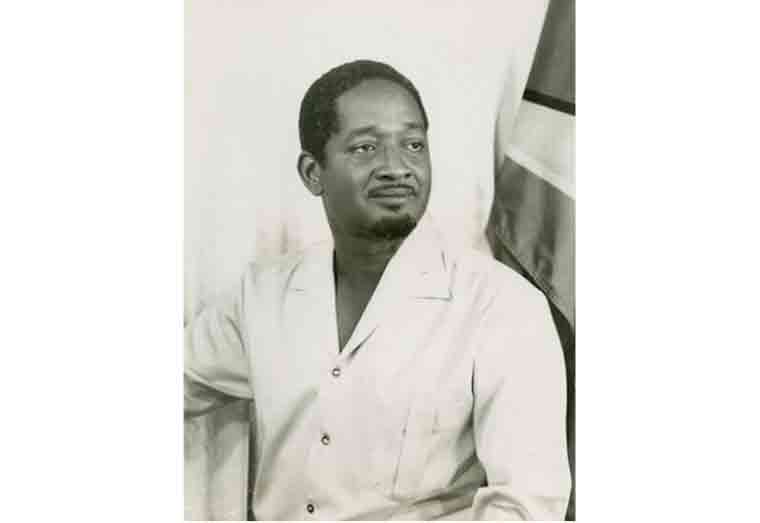 I suspect that the current onslaught upon Forbes Burnham and the Peoples National Congress
(PNC) for their relationship with the government of the United States in the 1950s and 1960s has
much to do with the PPP being accused by the opposition since the no confidence motion in
2018 of encouraging the Donald Trump administration to bring about regime change in Guyana
in 2020. Such an act would be contradictory to everything the PPP has historically stood for, and
in mitigation it reminds us that the PNC acted similarly.

I shall, however, argue that the PNC and their national and international allies were involved in
the global struggle against communism, whose objective was to overthrow liberal democracy.
The PPP’s relationship with the US was motivated by no such principled concern, but was a
commonplace desire for personal and/or ethnic political power.

The final paragraph of the Communist Manifesto reads, ‘The Communists disdain to conceal
their views and aims. They openly declare that their ends can be attained only by the forcible
overthrow of all existing social conditions. Let the ruling classes tremble at a Communist
revolution. The proletarians have nothing to lose but their chains. They have a world to win.
Workingmen of all countries, unite.’ It was only left for established Marxism/Leninism to
determine the nature and timing of the demise of capitalism and liberal democracy.

In keeping with this kind of thinking, in 1939, the Soviet Leader Joseph Stalin gave a speech
suggesting that war between capitalism and communism was inevitable, and George Kennan,
American charge d’affaires in Moscow, who had long been suspicious of Soviet global
intentions, wrote his ‘Long Telegram’, which called for the containment of communism.
‘Surely’, Kennan ended his missive ‘there was never a fairer test of national quality than this. …
the thoughtful observer of Russian-American relations will find no cause for complaint in the
Kremlin&#39;s challenge to American society. He will rather experience a certain gratitude to a
Providence which, by providing the American people with this implacable challenge, has made
their entire security as a nation dependent on their pulling themselves together and accepting the
responsibilities of moral and political leadership that history plainly intended them to bear.’
Containment became the global policy of the West.

International communism was not going to surrender once its defeat was prioritized, and as the
Communist Manifesto suggested, the operational environment of the containment of communism
led to a massive loss of life and property and all manner of political opportunism and excesses.
Over one million people died in conflicts everywhere, communist parties were banned and
marginalized even in the democratic West. Suspected communist regimes were routinely
overthrown, fraternizing with dictators, sacking, harassing suspected communists in the United
States and elsewhere, etc. were commonplace.

Should Soviet communism have been left without a substantial challenge? Whatever your
answer, four years after Forbes Burnham died, the Berlin Wall fell to great applause in the liberal
democratic world: there was even talk about ‘the end of history’ and a shout that ‘the angels have
won’ was said to have come from the East German side of the Wall. If in the context it was at all
possible to make such statements, then Forbes Burnham and the PNC were on the side of the

angels. That said, regardless of how misguided the early PPP and their allies were, their
movement sought after a greater good: maximum human liberation in a communist society.
What the PPP is now being accused of has nothing to do with such noble intentions: it is rooted
in a hustle for personal/ethnic power.

The attempt to focus on the details of the relationship between the PNC and its Western allies is
a desperate dredging of archaic material. Already in his 1966 ‘West on Trial’, Cheddi Jagan had
detailed the CIA relationship with the opposition. Indeed, in my 1985 ‘Guyana: Politics,
Economics and Society’ I stated, ‘It was well-known that the British and the American ally
sought any pretext to avoid granting independence to the PPP and so the opposition, aided by the
CIA, began a campaign of destabilization through strikes and demonstrations.’ The archival
documents have merely substantiated what had long been well known and accepted.

In the context of containment, manipulating elections against the communist PPP who sought to
use its ethnic majority to destroy democracy was the least of anyone’s concerns. Elections were
blatantly rigged against the PPP before the PNC agreed to join the Western effort. In ‘The West
on Trial’, Cheddi Jagan recounted that before the 1957 elections, when he complained to the
Chief Secretary of the colony that the constituencies were being gerrymandered, he was bluntly
told that the object was to defeat the PPP. The criticism of Forbes Burnham for requesting aid
from the US to further their collective struggle is senseless. The details of the PPP’s relationship
with and the aid it received from the Soviet Union to help it to undermine liberal democracy
would also make interesting reading.

Given the ideological orientation of its leadership and the ethnic nature the country, hundreds of
lives and much property were lost as Guyana made its contribution to the global struggle for
liberal democracy. As noted above, the operational environment of containment led to political
opportunism and excesses on all sides, and these need to be properly accounted for.
However, Guyanese had better accept and stop reliving the past to justify the present
inappropriate, dangerous and inhuman solutions. Elections continue to be rigged and people are
still wantonly being killed. Next week I will argue that something quite different has been taking
place in Guyana since the Berlin Wall fell.

Sun Nov 28 , 2021
Support Village Voice News With a Donation of Your Choice. Dear Editor, Indian rights intellectuals have disappointed their community and the country in being silent over what passes as governance under the PPP administration, especially failure of government to follow established rules and practices. The actvists were very critical of the coalition during its five years tenure. They demanded release […]