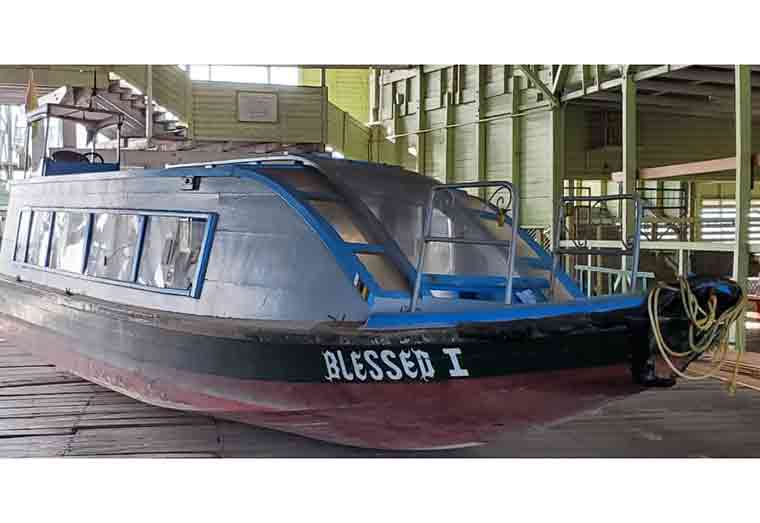 Several publicly-funded developmental projects started by the APNUAFC Government which cost millions of dollars of but were not completed due to the change of Government have been abandoned by the PPPC with resultant waste of the country’s financial resources.

“These abandoned projects should be completed by the PPPC if they are serious about national development,” said Kirk Fraser Councillor of the New Amsterdam municipality.

He reported off the top of his head some of the projects that started by the APNU AFC but were not completed before they demitted office.

Among those projects is in Region 6: a one hundred and ten (110) bed maternity ward at the New Amsterdam Hospital.

Fraser said that the abandonment of the new Maternity Ward of the New Amsterdam Hospital was raised at the level of the Regional Democratic Council and the Chairman of the RDC Mr David Armogan promised to provide information on the status of the utilization of the Ward but has not done so to date.

Mrs Patricia Lynch a Councillor of the Municipality disclosed that the PPPC immediately on entering office, had shut down the dialysis center installed at the New Amsterdam Hospital by the APNU AFC administration much to the detriment and inconvenience of those residents who need that service.

Construction of the multi- million dollar synthetic athletic track in New Amsterdam started by the APNU AFC also has been abandoned.

The river worthy boats for the Berbice River crossing: now unused and falling to pieces at the New Amsterdam Steeling.

Meanwhile in support of Mr Fraser’s assertions Village Voice has noted at least five such projects in Region 5 (Mahaica/Berbice) started but left incomplete by the APNU AFC Administration which have now been abandoned by the PPPC.

These include the renewable energy project, the Wind Resource Measuring Station at Onverwagt West Coast Berbice not only abandoned since the PPPC took office but vandalized as well..

The Jubilee Recreation Park.at Onverwagt not only abandoned but vandalized as well;

The several acres of growing coconut trees on the Model Farm bulldozed by the Regional Administration to make way for cash crop farmers among others.

Mr Fraser noted:” .This is a worrisome issue. This is petty politics. . These are publicly funded projects ie: they were started with the tax dollars of the people of Guyana. Millions have been spent on them. How can we abandon them just because of a change of Government. Is the Government deciding not to complete these projects because they may not get the credit for starting them? This is not right. There should be continuity so that millions of taxpayer dollars do not go down the drain.”

Sun Nov 21 , 2021
Support Village Voice News With a Donation of Your Choice. As women we feel as though we are in constant struggle to validate ourselves to men, society, and fit into a male composed stereotype of what the woman is supposed to be like. There is a tik-tok post of a beautiful young woman exerting herself on what a man means […]