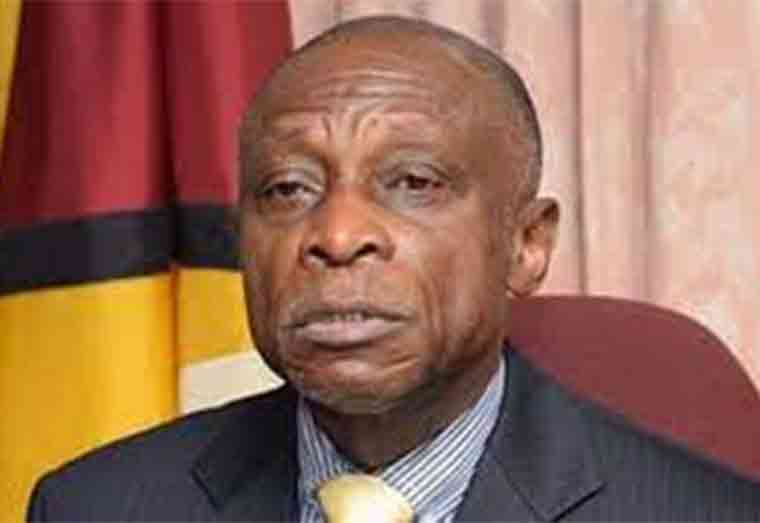 Government’s Advisor on Borders, Carl Greenidge said the issues he detailed in a letter penned to President Irfaan Ali last April were addressed, as he

attempted to defuse rising tensions between himself and the Minister of Foreign Affairs and International Cooperation, Hugh Todd.

“Months ago, subsequent to the Agent’s letter of April 07, 2021, measures were taken by the President and his team to resolve the issues raised,” Greenidge said during a press conference on Thursday morning, even as he pointed out that just Tuesday, he attended a “quite cordial” meeting with the Minister of Foreign Affairs and International Cooperation.

In the letter, which was leaked to the press, Greenidge requested that as the country’s Agent before the International Court of Justice (ICJ) in the Guyana-Venezuela Case that he reports directly to the President and or Vice President due to the distasteful conduct of the Foreign Affairs Minister, but the Foreign Ministry, in a statement late Tuesday night, made it clear that the Agent cannot operate independent to the Foreign Minister.

Noting that the person, who publicized his letter is too naïve to appreciate the negative implications of leaking privileged information at any time when Guyana is engaged in the ICJ process, Greenidge said it is not his intention to “compound disharmony and tensions which this leak has stirred up,” but to “set the record straight.”

Though, in his letter, he had raised serious concern about the role of Ambassador Keith George in the ICJ process, Greenidge said that the President and his team were not asked to address the right of any Government to have a team comprising representatives in whom they have confidence.

“That was never an issue. In keeping with that right several members of the former team (2018 -2020), including one of the Co-Agents, were removed and replaced by Government nominees or other members of the Ministry. I repeat, the right to choose Agents and Co-Agents were not the focus of the letter. The same applies to the desirability of expanding the local team and the attempt to exclude named officers,” Greenidge said.

He said, however, that the letter sought to bring to light, the likely adverse implications of Ministerial decisions, and further the inappropriate Ministerial behaviour and language during a recorded session.

In its press statement, the Foreign Ministry said notwithstanding Ambassador George’s 12-year experience heading the Frontiers Department, he along with Foreign Service Officers Donnette Streete and Trishala Persaud were not fully involved in the ICJ case under the A Partnership for National Unity + Alliance For Change (APNU+AFC) Administration but Greenidge, who served as Foreign Minister under the coalition, said that was not necessarily the case.

“Both Ms Trishala Persaud and Ms Donnette Streete were integrally involved prior to Min Todd’s appointment and have continued to be involved. In addition, and as to be expected, both the Legal and Frontiers Departments of the Ministry have traditionally been integral parts of the process regardless of Governmental changes,” Greenidge clarified.

Nonetheless, he reminded that both the Opposition and Government had agreed to have a non-partisan approach when dealing with the Border Controversy between Guyana and Venezuela, which is now engaging the attention of the ICJ.

“This is as it should be because since 2016 there has been an agreement between the Opposition and Government as to the virtue of their full joint participation in the deliberations in question and the Court hearings. My most critical role has been forging that understanding and I intend in the national interest to continue along that path in a non-partisan way,” Greenidge said.

'Now is the time for quality leadership'

Thu Nov 18 , 2021
Support Village Voice News With a Donation of Your Choice. —-Van West-Charles promises to arrest issues of race, inequity, corruption  Dr. Richard Van West-Charles, in his quest to become the next Leader of the People’s National Congress Reform (PNCR) has vowed to address racism, inequity and corruption within society. In his address, during the launch of his campaign in Linden […] 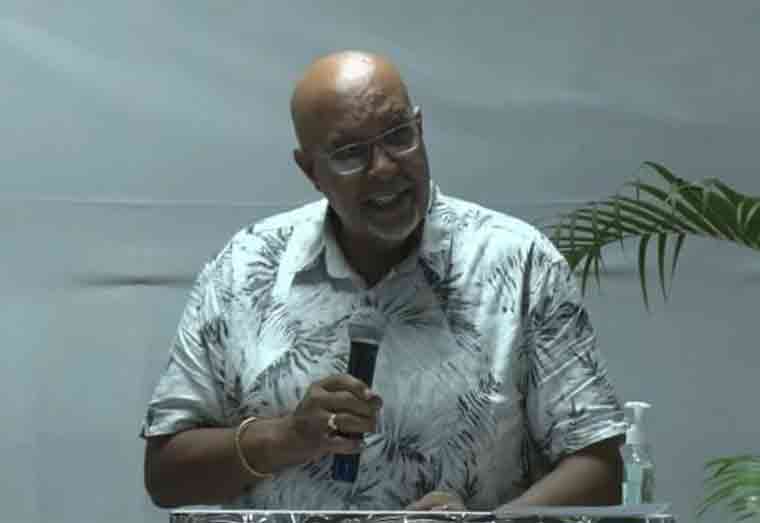