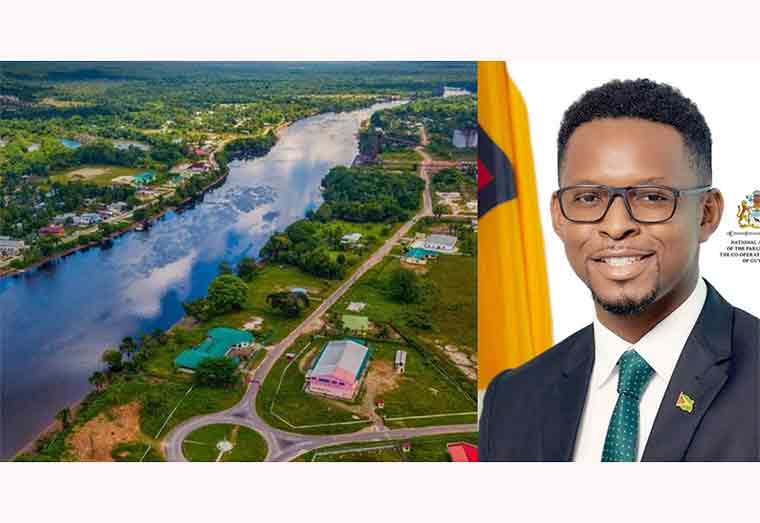 …Region Ten Tourism Committee on a mission to bring economic benefit, pride to the Region

Faced with low employment rates and a bauxite industry that won’t last forever, the Region Ten Tourism Committee is doubling down on its efforts to transform the Region into a thriving tourism destination for economical benefit.

On Wednesday, the Committee held a virtual engagement to discuss current and future plans as well as the Region’s plans for Tourism Awareness Month which begins November 1, 2021. Present at the meeting were Committee Chairperson, Devin Sears; Vice-Chair, Rawle Dundas and Sub-Committee Chair for Sports and Entertainment, Lawrence Simon.

Simon explained while Linden is known as the “bauxite town” and has gained attention in the past as a result, there is a need to find alternative means to improve the Region’s economic situation as bauxite won’t be around forever.

He told attendees: “…tourism is one aspect of getting us to that level. We are here to work with all stakeholders locally and in the diaspora and see how we can move the region forward, as it relates to tourism, and the spillover from that will economically benefit the region.”

The Region Ten Tourism Committee was formed in January 2020 with a multi-stakeholder approach to develop tourism in the Region.

Though the pandemic has affected the pace of the Committee’s work, Sears said that since the emergence of the virus in Guyana, there has been an increase in local tourism and Region Ten has been one of the go-to destinations.

“…with the travel restrictions, we have seen a boom or an increase in tourism activities within the region. Almost every weekend we have approximately over 300 persons coming to Linden, whether it is to see the blue lake or they were passing through and decided to stop. So, we know that we have a solid tourism product…Region 10, Upper Demerara Berbice is the best tourism destination in Guyana, because you have a little bit of everything,” Sears put forward.

Already, several categories of developmental efforts are underway. Through Linden Fund USA,  in November, the Region Ten Tourism Committee will have its own website named ‘Visit Region Ten’ which will provide information to local and international visitors about the many attractions in the Region.

The Committee is ensuring that all historical sites are well labelled with their history and in the languages of English, Spanish and Portuguese. Especially with regards to Portuguese, this caters primarily to the heightened traffic expected from the completion of the Linden to Lethem road.

As such, the Village Voice News questioned whether there are efforts to increase the accommodation capacity of Linden to ensure that visitors from Brazil are properly accommodated as opposed to them simply continuing on to Georgetown.

Dundas and Simon said that unknown to many, Linden has many accommodation facilities but these are not widely known because they are under-promoted. There is also the Watooka Guest House which has the capacity for expansion and major hotel projects rumoured for Linden in the near future.

Simon said: “Also, there are conversations and persons going forward to construct several guesthouses that I know personally. So, when the road is up and running or in the process, I know there’ll be more accommodation.”

Attention will not only focus on Linden but there are efforts to involve far-out communities such as Rockstone, Kwakwani, Great Falls and many more. In as many of these communities as possible, there are plans to establish smaller tourism groups that will feed their recommendations back to the Committee.

The Committee itself is also working closely with the Linden Tourism Officer attached to the Ministry of Tourism, Industry and Commerce for capacity building for local businesses. In February, there was the training of hospitality and tourism businesses in Linden.

There has also been collaboration with the Guyana Tourism Authority (GTA), Linden Fund USA and the National Industrial and Commercial Investments Limited (NICIL). More training programmes are planned for the near future to ensure that businesses are equipped to deliver excellent services.

Sears said: “We are well on our way to becoming a very successful tourism industry within Region Ten but it starts with people like you who are going to take our message to the rest of the country so that we can solicit support in whatever way possible.

While Tourism Awareness Month 2020 was challenging because of the pandemic, the Committee managed to introduce the first-ever Linden Music Awards and, earlier this year, it collaborated with the Linden Mayor and Town Council to execute the Linden Town Week activities.

For Tourism Awareness Month 2021, a virtual approach will be taken. Simon detailed that some of the activities to come for the month include several mini-documentaries such as a day of fishing in Rockstone, attractions in Kwakwani and attractions in Coomacka and neighbouring communities. Apart from these, there will be a business expo and another Linden Music Award.

During November, there will be Virtual Tours which are paid-per-view will be introduced as well as the streaming of a stage play by Guyanese Michael James and the erection of an ‘I LOVE LINDEN’ sign.
Asked how Region Ten residents can show their support to the Committee’s efforts, Dundas said that they can do so by being positive about the ongoing efforts, enquiring about what is taking place and taking action.

He also recommended that residents look for unique aspects of their communities that can be highlighted and submit their general recommendations to the Committee on how the Region can improve its tourism.

Wed Oct 13 , 2021
Support Village Voice News With a Donation of Your Choice. …launches ‘Made in Guyana’ Certification Mark The Guyana National Bureau of Standards (GNBS), on Tuesday, hosted its third National Quality Awards (NQA) Ceremony to honour companies that have been implementing standards within their operations to produce quality goods and services. Thirty-six Guyanese companies participated in this year’s edition of the […] 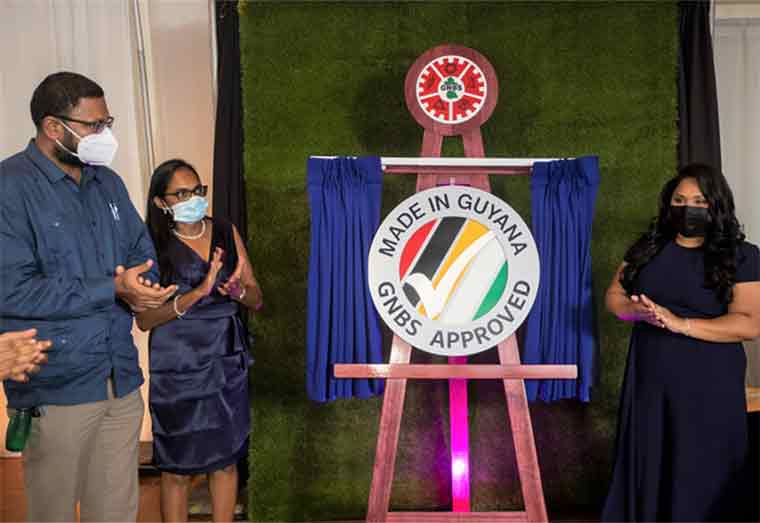