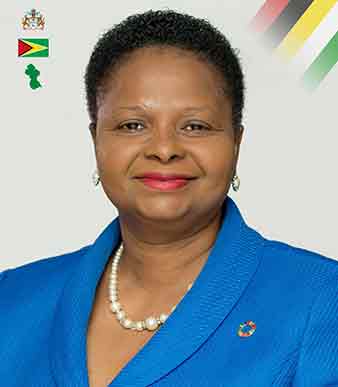 …Ramsammy says such undertaking not feasible

While some persons have suggested that PCR tests be made free in Guyana for work and travel, Advisor to the Minister of Health, Dr. Leslie Ramsammy said that not only would this cost the government “hundreds of millions of dollars” but it could cause delays in the provision of test results for those awaiting a diagnosis.

Especially with the recent changes to Guyana’s COVID-19 Emergency Measures which require the provision of a vaccination card or a negative PCR test, those representing the interest of health workers, teachers and public servants have called for PCR tests to be free.

Representatives of the Guyana Public Service Union (GPSU), Guyana Teachers Union (GTU) and Guyana Trade Union Congress (GTUC) have pressed for the same in the media and through court action in the interest of public servants, teachers and health workers.

Also joining the calls for free testing was Former Health Minister Volda Lawrence who recently recommended the establishment of free PCR testing sites across Guyana as well as the monitoring of households to avoid mingling among COVID- infected and uninfected persons.

Speaking at a recent PNCR press conference Lawrence called on the government to “take the politics out of health” and save as many lives as possible. She recommended that the provision of free PCR tests at sites across Guyana as a way of assisting Guyanese to manage the spread of the virus while those hesitant about taking vaccines make up their mind. “I believe that we need to ensure that we allow people to go to more sites and we provide the free PCR. We are at that stage where there are persons who will not take the vaccine for one reason or the other,” she said.

Lawrence said that would greatly assist Guyana in returning to a semblance of normalcy “While we promote and get over the hurdles with those persons who would like to take the vaccines but they have questions, we have to ensure that we provide mechanisms so that those persons who are against taking the vaccines have access to PCR testing,” she said.

However, in an interview with the Village Voice News, Dr. Ramsammy said that providing free PCR tests for travelling and employment purposes isn’t the Government’s current focus.

“So far, we’re doing free testing for diagnostic purposes of people who are sick and people who have been exposed to somebody who might have had [the virus] but, for travelling purposes and so forth we try to leave that to the private sector; for people who need it for employment purposes we leave it for the private sector,” he said.

PCR tests are available at select private health facilities and can cost between $15,000 to $25,000. It could mean that an unvaccinated person who opts to present PCR tests for work can be left to pay 30,000 to $50,000 monthly or get vaccinated.

If the Government were to make the tests freely available to all members of the public, Dr. Ramsammy said that not only would this cost “hundreds of millions of dollars” but it could spell trouble for some others.

“At the moment, our focus has to be diagnostic and on finding cases. If you overwhelm yourself by doing tests for employment and travelling, then you’re going to have a lot of long waits for diagnostic purposes. That’s why, at the moment, the public sector is focusing on diagnostics and finding the positive cases that might result from exposure,” he said.

Boston’s family believe they were duped into calling off protest

Sun Oct 10 , 2021
Support Village Voice News With a Donation of Your Choice. —–weeks after no one charged for killing businessman By Svetlana Marshall The police file, on the shooting to death of Essequibo Businessman Orin Boston by the Special Weapons and Tactics (SWAT) Unit, has been sent to the Director of Public Prosecution (DPP), Shalimar Ali-Hack, a reliable source told Village Voice […]