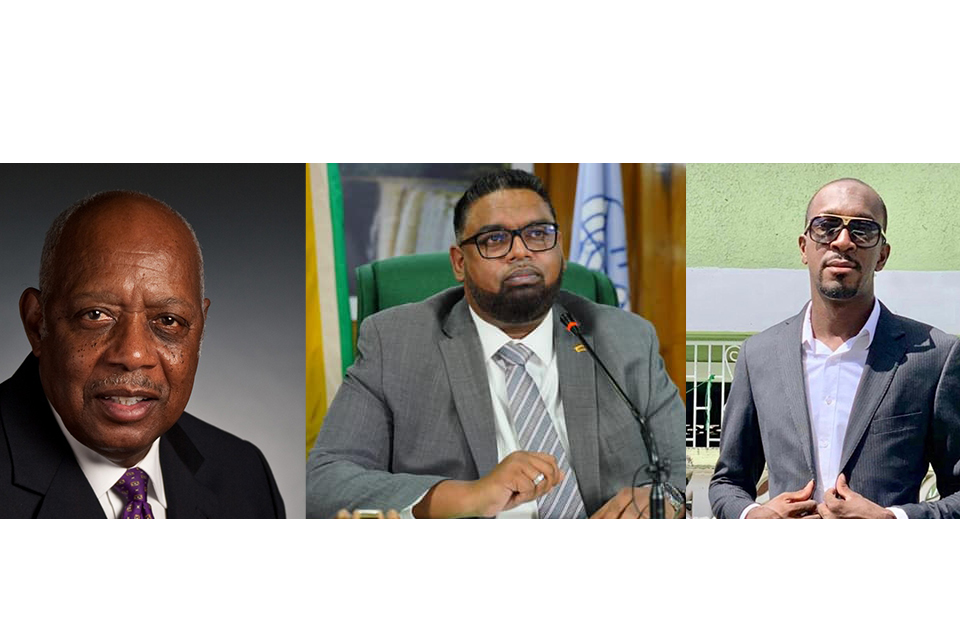 …says evidence shows cancellation done without fair hearingBy Lisa HamiltonAmerican human rights activist, Dr. Joseph Henry Beasley has written to President Irfaan Ali requesting a resolution to the “discriminatory practices” and cancellation of the operating license of SBF International Inc. in Guyana “without a fair hearing”. Dr. Beasley’s letter to the President comes following the reaching out of the President of SBF, Dorwain Bess to a number of local and overseas leaders to whom he highlighted the plight faced by his company at the hands of the Guyana Energy Agency (GEA). Bess has written to State Senator, Michael Rhett; Georgia State Representative, Laura Hall; South Carolina State Representative, John King; South Carolina State Representative, Annie McDaniel and Former Georgia State Representative, Dee Dawkins-Haigler.This correspondence was carbon copied to US Ambassador to Guyana, Sarah-Ann Lynch; US Congressman, Hakeem Jeffries; US Congresswoman, Joyce Beatty; US Congressman, Hank Johnson; Georgia State Representative, Billy Mitchell and Dr. Beasley.Dr. Beasley is head of the Joe Beasley Foundation which works to provide quality, long-term solutions and best practices for pressing issues affecting the global community.“This is to serve as a letter of recognition related to the controversy involving SBF International, Inc., an Afro- Guyanese petroleum company and the  Guyana  Energy  Agency. As a result of recent reports, communications and news releases, it is our understanding that SBF International, Inc. is being subjected to discriminatory practices in the cancellation of its operating license without a fair hearing of the entirety of circumstances surrounding this matter or the proper opportunity to cure any potential violations of regulatory compliance,” Dr. Beasley stated.Furthermore, he noted that there also appears to be inconsistencies in the standards applied to other companies, either in their approval to operate or in the latitude granted for them to continue operating when minor violations are detected.Dr. Beasley told the President that SBF International, Inc., is a company that has demonstrated a record of “impressive growth, substantial earnings and profitability” which has benefitted Guyana’s Afro community and the country as a whole. He said that it appears premature, unfortunate and odd that an order to cancel its license was issued hastily as opposed to an appropriate time of suspension accompanied by an opportunity to resolve any misunderstandings, minor misdeeds or errors in judgment. “Inasmuch as the Joe Beasley Foundation, and I personally, have always advocated on behalf of the equality of opportunity and the welfare of people of color, especially African descendants,  who have for centuries ended up at the top of all lists undesirable and on the bottom of all categories indicating economic prosperity, we urge that the present Guyana administration make every good faith effort and use all of its good offices to resolve the current disputes, fairly and expeditiously,” Dr. Beasley urged, adding:“Lives, careers and human welfare are at stake here. I pledge myself, the Joe Beasley Foundation and the totality of my influences and resources to assisting in a prompt and equitable resolution of this matter. I am confident that such resolution would reflect well on the present administration and serve the people of Guyana well.”Dr. Beasley also extended his good wishes to the current Administration and the President’s “One Guyana” policy. His letter was carbon copied to Vice President, Dr. Bharrat Jagdeo; Prime Minister, Brigadier (Retired) Mark Phillips; U.S. Ambassador to Guyana, Sarah-Ann Lynch; U.S. Congressman, Hakeem Jeffries; U.S. Congressperson, Joyce Beatty; U.S. Congressman, Hank Johnson; State Rep. Billy Mitchell (Georgia), President of NBCSL Honorable; State Rep. Laura Hall, (Alabama), (Incoming Pres. NBCSL); State Rep. Michael Rhett (South Carolina); Former State Rep. Dee Dawkins-Haigler (Georgia); Former US Sec. of Education John King and Bess.Bess is a naturalized US citizen and an Afro-Guyanese who repatriated his talents and skills back to Guyana in 2016 to establish the petroleum importation business. Prior to the cancellation of its license, the Company had reportedly grown its annual revenues since inception to over $24M USD in 2019. It had also contributed over GYD $2 billion in taxes to Guyana and employed over 100 permanent and 250 temporary Afro-Guyanese from the underserved communities of Linden, Belladrum, Georgetown, Eccles, and other areas in the West Demerara District. Bess said that SBF had established itself as the only operational Afro-Guyanese fuel distributor in Guyana. The Company’s license was cancelled in relation to the allegation of an altered and expired lease for fuel storage. However, SBF maintains that the lease in question was neither underhandedly altered nor expired.Bess said that the sudden and improper cancellation of SBF’s license has caused severe and near irreparable harm to the company, its employees and communities. SBF has since filed a lawsuit against the GEA and Guyana Energy Agency Director. Mahender Sharma which is pending in the courts.

Mon Sep 13 , 2021
Support Village Voice News With a Donation of Your Choice. …says Patterson as project costs almost double under current Gov’t Former Minister of Public Infrastructure, David Patterson maintains that the Government’s plan to construct the gas-to-shore project in Wales is a recipe for disaster as the location is not supported by studies conducted. Furthermore, he recently raised the question of […]