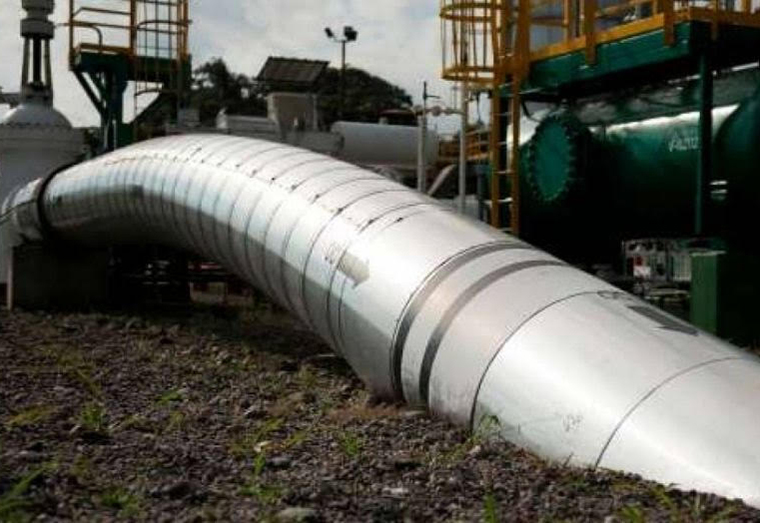 Former Minister of Public Infrastructure, David Patterson maintains that the Government’s plan to construct the gas-to-shore project in Wales is a recipe for disaster as the location is not supported by studies conducted.

Furthermore, he recently raised the question of why the project is projected to cost US$810 to 900 million when in 2017, Exxon proposed to construct a pipeline for between US$400M to US$500M inclusive of onshore processing and an LPG plant.

“The gas-to-shore project proposed to be located at Wales estate continues to raise questions in the public sphere while several remain unanswered,” Patterson said at the beginning of the month.

WHAT THE RECORD SHOWS

On the first matter, the record shows that a Cabinet paper – as seen by this news entity – was prepared and submitted in January 2018 on the identification of suitable site(s) for the installation of a 200MW natural gas and heavy fuel oil generation plant and industrial park in Guyana.

According to the preliminary study conducted and shared with Cabinet, an expert was contracted on April 1, 2017, to conduct a desk study on the options, costs, economics, impacts and key considerations regarding the feasibility of transporting and utilizing natural gas onshore for electricity generation.

On June 8, 2017, his final report indicated that the construction of a pipeline was more feasible when compared to floating LNG or seaborne CNG. It was also advised that the project should be dual-fuel and the power plant should be located at the natural gas landing point.

In 2017, this report was compared with the proposals of ExxonMobil. In August, it was proposed that a workshop be formed between requisite Government ministries and agencies and ExxonMobil representatives regarding the project. The working group was convened in September and a site selection team also engaged ExxonMobil’s team during 2017.

The site selection team was appointed in August/September 2017 to identify a suitable site for the project. Ten sites were initially identified based on the availability of state-owned land. Then, based on the expert’s report, Crab Island, Right Bank Berbice River; and Woodlands, Right Bank Mahaica River, East Coast Demerara and Patentia, West Bank Demerara were selected.

Patterson has noted that Vreed-en-hoop/Wales was not considered until October 3, 2017, when Ministry of Finance representative on the working group, Tarachand Balgobin, proposed the location. This is accounted for in the Cabinet paper.

It was noted that the site was proposed based on proximity to and consideration of keeping Patentia in play for further development as an industrial park concept. It was also considered that the location may also allow for energy to be taken from Kingston with further development along the river bank as well as facilitating shipping on the other side of the river.

As such, Exxon Mobil conducted environmental scoping reports for the Woodlands and Vreed-en-hoop/Wales location and it was decided that Crab Island would no longer be considered because of possible conflicting interests at this location.

Based on the pre-screening report, there was a firm preference for Woodlands over Vreed-en-hoop/Wales because of lower pipeline landing issues, better ground elevation, lower population density and lower capital costs at Woodlands.

Exxon Mobil then conducted field assessments at the two locations in December 2017 and confirmed that Woodlands was the better option.

“Both sites have constraints but the original screening assessment that Woodlands offers fewer overall constraints than Vreed-en-Hoop has been confirmed, including loss of its elevation advantage. Additional technical analysis has assessed Vreed-en-Hop to have ~$72M US incremental development costs versus Woodlands, due to the requirement to connect power and gas supplies to the Wales Estate,” the summary of the assesment provided by ExxonMobil stated

The confirmation of the power plant location was expected to be communicated by January 2018, data gathering and technical studies during 2018 and the execution of the Gas Sales Agreement by the end of 2018.

Patterson said that the final Government of Guyana project sanction was anticipated to be completed in the third or fourth quarter of 2019, over a period of 18 months. Subject to no delays, the project was expected to be commissioned in the last quarter of 2021 or early 2022.

It was requested that Cabinet review and endorse the recommended site as the proposed landing site location for the offshore pipeline and the development of the natural gas power generation facility with associate sub-station, liquid fuel storage and related facilities.

However, Patterson recounted: “Cabinet noted the submission, which signalled permission to commence additional studies and advancing the project further. However, in March 2018, the Ministry of Public Infrastructure was advised to cease all works on the project pending the establishment of the Department of Energy. All matters relating to oil and gas were transferred to the Department of Energy on August 1, 2018.”

The current Government has long confirmed that the gas-to-shore project will be developed in Wales. Vice President Bharrat Jagdeo said that the project was diverted to the Wales Estate as it could pose an environmental threat if it were to be built in the highly populated area of Region Four.

He said: “…to bring that so close to the city and the population center will be disastrous.” Jagdeo also stated that after assessment, the Wales location was found to be less costly and the Government would be creating a “master plan” for the development of the area.

The Opposition, however, could not disagree more. Patterson has dubbed the decision as “a classic case of putting the cart before the horse”. He has also knocked the decision highlighting that the Demerara River is Guyana’s busiest; the river is fast-flowing and a submarine cable to bring power to the main load centre is likely disastrous.

Most recently, at the beginning of the month, Patterson also highlighted the differences in costs for the project and location proposed by the former administration compared to the present.

“My records indicate that in 2017, Exxon proposed to construct a pipeline for between US$400M – US$500M inclusive of onshore processing and an LPG plant. Without any explanation, justification, or further studies, the cost for the exact same project by the exact same company has risen to US$900M, basically doubled,” he pointed out.

A document he shared corresponded with this statement.

It has been projected by the Vice President that the gas-to-shore pipeline will not be completed until 2023.

GTU ready to 'work out a solution’ with government

Tue Sep 14 , 2021
Support Village Voice News With a Donation of Your Choice. …but warns that protest will continue if vaccine requirement not reversed, financial obligation not met  By Svetlana Marshall Guyana Teachers’ Union (GTU), during a virtual meeting attended by more one thousand teachers, extended an olive branch to the Ministry of Education, with its President Mark Lyte expressing a willingness to […]