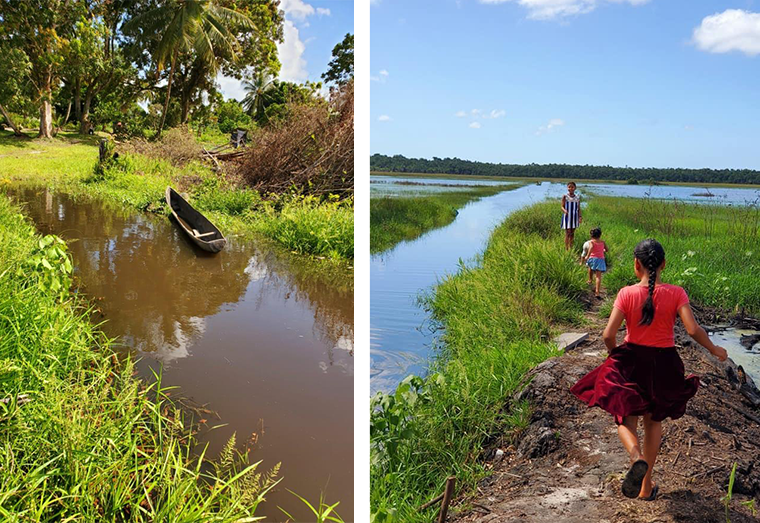 For as long as residents can remember, boats plying the Myrie-Charity or Myrie-Moruca route, would disembark at the community landing – a mudbank located in Myrie, a satellite community found within the Village of Wakapoa in Region Two.

During the dry season, accessing the ‘landing’ is quite difficult for the residents of Myrie, and Borada – a neighbouring satellite village – who are left with no other choice than to trek long distances through the mud in order to access the boats.

For Wayne Boyan – a former Toshao – it is time the government constructs a stelling in the satellite village. “As time goes by, the water keeps rising and dropping causing the dam to disappear, it is quite frustrating,” Boyan told the Village Voice Newspaper.

He said the mud-like community landing is used by school children, medical personnel, farmers and regular citizens. In fact, it is the main entrance to Borada and Myrie.

Boyan said though residents use it to access schools, health center, and other facilities, it has been very risky. There have been reports of numerous persons falling while trying to access the boats.

According to the former Toshoa, there are many other places such as Mora and Upper Koria that no government official nor authority has looked at, leaving children to walk two miles to catch the school boat during the dry season.

Boyan, along with other residents of the Wakapoa, is hopeful that the Ministry of Public Works and or the Regional Democratic Council in Region Two would assist in the construction of the stelling.

Just last month, the Regional Democratic Council of Region Two signed a $3.6M contract for the construction of a walkway bridge at Curemeru, Wakapoa, Lower Pomeroon, and though residents are thankful, the residents in Borada and Myrie believe that their plight should also be addressed.

Under the A Partnership for National Unity + Alliance For Change (APNU+AFC) Administration, a $19M bridge was constructed to link the islands of Myrie and Borada.

The project was executed in response to the cries of the residents. Prior to the construction of the bridge in 2019, residents of Borada had difficulty crossing over to Myrie, a commercial area.

Wakapoa is an Arawak Village with a population of close to 2,000 residents. It is situated at the tributary of the Pomeroon River.

Mon Aug 16 , 2021
Support Village Voice News With a Donation of Your Choice. In Linden, Nin-Tec is well known for its mouthwatering strawberry and vanilla homemade ice-cream and soon, the rest of Guyana will know of this hidden treasure. Not only is Nin-Tec’s Delicious Homemade Ice-cream healthier than most commercial brands but it is rich, sweet, creamy and smooth. “The ice-cream is homemade, […] 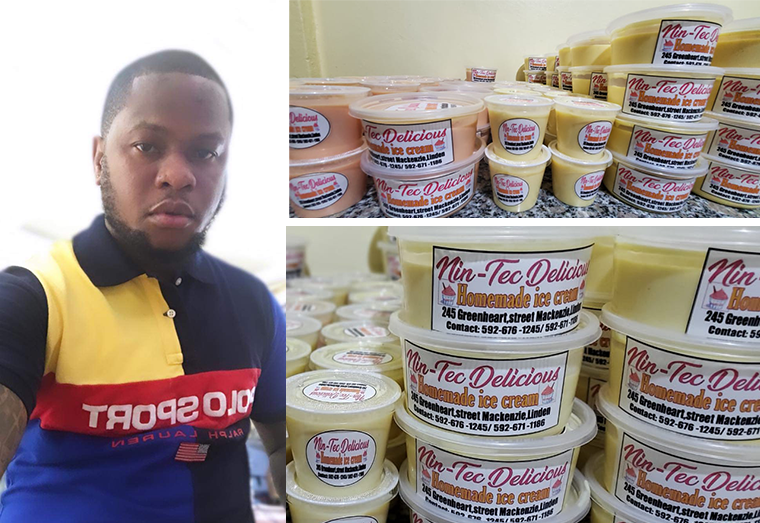