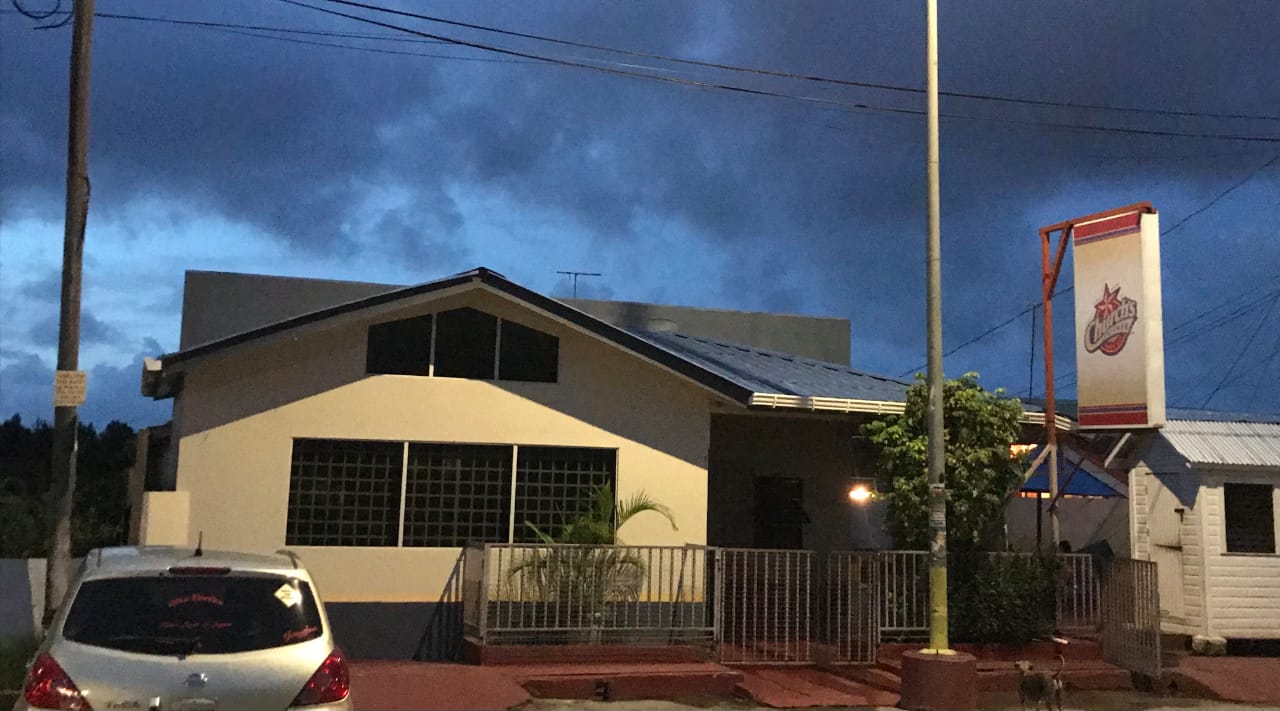 A fire late Tuesday afternoon destroyed the inside of Church’s Chicken building located at Rosignal.

According to reports the fiee started around 5:30PM. Swift efforts from the Guyana Fire Service made it possible for the building to be saved, only causing damage to the interior of the building.

An eyewitness who was close by noted that she saw smoke emanating from the building. However, she said that persons gathered formed a bucket brigade and helped douse the blaze prior to the fire service arriving.
Another eyewitness said he noticed heavy black smoke coming from inside the building, as such he indicated others to form the bucket brigade but that effort was not successful as the smoke became too much for them to handle and they had to abort the mission.

“We see the smoke and I see them employees running out from the building so I call them boys to help put the fire out but the smoke was too thick we had to run out. When I go inside at first, I see a ball of fire in the kitchen area but everybody had to back off because the smoke was very heavy,” the witness recounted.

Back up from the Onverwagt Fire Station assisted in saving the building. Unfortunately, during the process a fireman was injured while trying to put out the fire. Meanwhile, all the employees who were at the time on duty at the Rosignal branch were able to escape unhurt.
The manager who was at the scene said she is grateful that the entire building was not engulfed in flames. She noted that the fire started in the cooker section of the building. An investigation has been launched and is ongoing.

Wed Jun 16 , 2021
Support Village Voice News With a Donation of Your Choice. The High Commission of Canada together with HIAS Guyana will execute a migrant programme aimed at increasing protection and awareness of vulnerable Venezuelan women and adolescent girls in Guyana. On Tuesday, the Canadian High Commission signed an agreement for the initiation of the project which will be executed by HIAS […]