Two women were arrested and a quantity of suspected marijuana seized by ranks of the Parika Police Station and CPG members, during an intelligence-led cordon and search exercise at Parika junction on Friday.

Police said in a statement that reports indicate that acting on information received, the ranks and CPG members conducted a cordon and search exercise at Parika junction at the shop of a 52-year-old self-employed woman of Parika Retreat Road, EBE.  A search was conducted which resulted in the ranks finding several zip lock plastic bags containing a quantity of leaves, seeds and stems suspected to be Cannabis in a Pringles Tin which was found on the shop counter.

Same was brought to the attention of the 52-year-old woman, who was told of the offense committed, cautioned and she opted to remain silent.  A further search was conducted on the person of an 18-year-old female of the same address who was at the shop at the said time, and a black plastic bag containing several zip lock plastic bags containing a quantity of leaves, seeds and stems suspected to be Cannabis were found in her bag.

The 18-year-old was told of the offense, cautioned and she also opted to remain silent.  They were both arrested and escorted to Parika Police Station along with the suspected narcotics.  The narcotics found on the 18-year-old woman was weighed in her presence and it amounted to 29.04 grams, while the narcotics that was found in the shop of the 54-year-old which was also weighed in her presence, amounted to 5.27 grams. The narcotics was placed into individual self sealed evidence bags, marked and lodged at the Parika Police Station. Both women were placed into custody, pending investigations.

Sun May 29 , 2022
Support Village Voice News With a Donation of Your Choice. Police have launched an investigation into the mayhem that unfolded at the Hits and Jams concert Friday night at the National Park. During the show, which was headlined by two Jamaican artistes, patrons fired gunshots in the air as well as there was massive bottle-pelting. In a statement the police […] 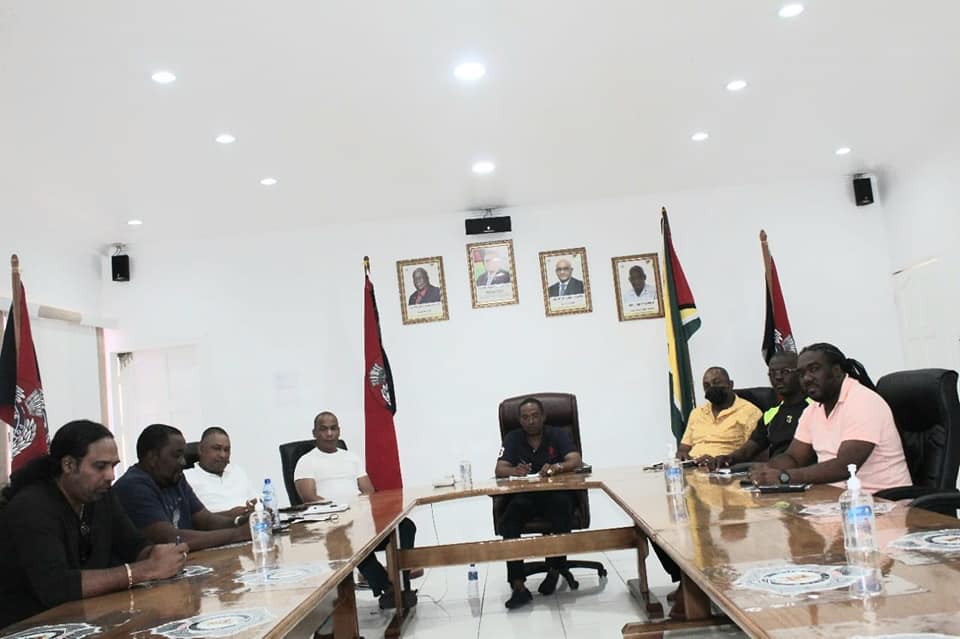