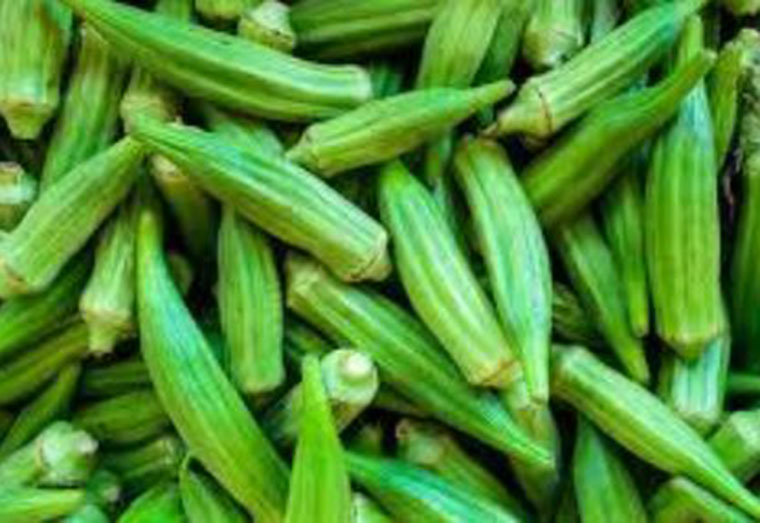 Okra is low in calories but packed full of nutrients. The vitamin C in okra helps support healthy immune function. Okra is also rich in vitamin K, which helps your body clot blood. Some of the other health benefits of okra include:

Fight Cancer
Antioxidants are natural compounds that help your body fight off molecules called free radicals that can damage cells. Free radicals are most well-known for causing oxidation damage, which can eventually lead to cancer.

Okra contains antioxidants called polyphenols, including vitamins A and C. It also contains a protein called lectin which may inhibit cancer cell growth in humans. Studies using concentrated compounds from okra showed they inhibited the growth of breast cancer cells by up to 63%. Further research is needed for definitive proof of okra’s cancer-blocking properties.

Support Heart and Brain Health
Polyphenols decrease your risk of heart problems and stroke by preventing blood clots and reducing free radical damage. The antioxidants in okra may also benefit your brain by reducing brain inflammation.

Mucilage—a thick, gel-like substance found in okra—can bind with cholesterol during digestion so it is passed from the body. An eight-week study conducted on mice showed lower blood cholesterol levels after they were fed a high-fat diet containing okra powder.

In one study, rats given purified okra and liquid sugar had fewer blood sugar spikes than rats in the control group. More evidence is needed to confirm that okra helps control blood sugar levels in humans.

Prenatal Support
One cup of okra has 15% of the daily value of folate, a helpful nutrient for pregnant women. Folate helps reduce the risk of neural tube defects, which can affect the brain and spine of developing fetuses. (Source: – webmd.com)

Sun May 8 , 2022
Support Village Voice News With a Donation of Your Choice. Once again it was a sad and pathetic experience in this nation. It was an experience that had all the hallmark of government discriminatory practices and acts of vindictiveness towards African Guyanese and the people of Linden/Region 10. This nation saw the People’s Progressive Party (PPP) that encouraged widespread squatting […]