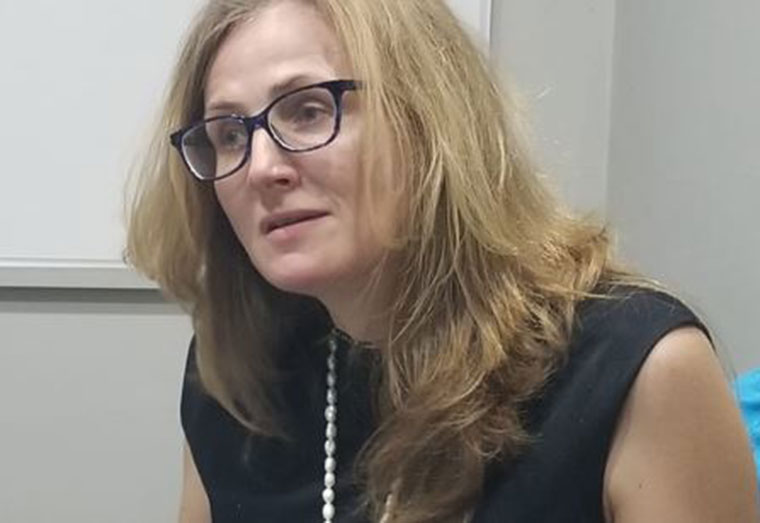 Eleven months after it received significant push back from civil society, the International Republican Institute (IRI) said it has reset its programme to engage in extensive consultation among a wide cross-section of Guyanese stakeholders as it seeks to build consensus on Electoral Reforms in Guyana even as it provides technical assistance. However, the IRI made it clear that despite its intention to offer electoral technical expertise, it played no part in crafting the proposed amendments to the Representation of the People Act (ROPA).

The 18-month United States of America’s Bureau of Democracy, Human Rights and Labour funded IRI programme was never intended to lead Electoral Reforms in Guyana but rather provide technical assistance on electoral matters, not just to the Guyana Elections Commission (GECOM) and the Attorney General’s Chambers but to all interested stakeholders including the Opposition, IRI’s Resident Programme Director, Dorota Ryzy said in an exclusive interview with the Village Voice Newspaper.

In one of his May 2021 columns – Future Notes – former Government Minister, Dr. Henry Jeffrey said in a liberal democracy, if for no other reason than that, elections are the process that brings governments to office or causes them to lose it; electoral reforms [therefore] cannot legitimately be the business of the government alone. “But the PPP/C government has unilaterally collaborated with the United States Embassy and proceeded to employ the International Republican Institute (IRI), to lead the reform process,” Dr. Jeffrey had said.

But IRI’s Resident Programme Director, in addressing the myths and misconceptions surrounding the programme, repeatedly stated that the project is not intended to lead Electoral Reforms in the country.

“Through this project, GECOM, the Attorney General’s Chambers, and Guyanese civil society organizations (CSOs) will have the opportunity to collaboratively consolidate and improve local electoral and constitutional law knowledge, establish an internal timeline to address electoral reform, improve collaboration for joint advocacy actions, and prioritize electoral and constitutional law issues while promoting reform through citizen engagement. The programme focuses on strengthening the ability of key actors to work with CSOs to promote and implement electoral reforms in accordance with international best practices,” IRI explained on its website.

But Ryzy said although IRI has availed its Regional Elections Expert Orrette Fisher to provide technical assistance, the IRI, through the local programme, did not participate in crafting the amendments to the Representation of the People Act as proposed by the Attorney General’s Chamber.

“…actually we are not involved or engaged in that at all,” Ryzy told the Village Voice Newspaper while responding to a question about IRI’s possible involvement in the proposed legislative changes. Ryzy said aside from the initial meetings with the Attorney General and Minister of Legal Affairs, Anil Nandlall, in mid-2021, the IRI has not engaged the Attorney General Chambers’ since then.

“We had zero involvement and that is not the design of the programme either…we don’t aim to be the ones giving advice on what the amendments should look like, we are here, just to support the building blocks for the Guyanese people to be able to advance in that,” the IRI Resident Programme Director explained. Penalties for electoral infractions ranging from $5M to $10M, and even life imprisonment; the introduction of “supernumerary returning officer” and “deputy supernumerary returning officer,” and the creation of “sub-districts” within Region Four (Demerara-Mahaica) under Section 6A (1), are among the proposed amendments to the Representation of the People Act.

“… these are just proposed amendments so the process is still going on,” Ryzy said while adding that “we have taken a step back to actually support the other stakeholders for them to actually be able to propose and advocate for the type of changes that they want.”

However, she made it clear that the electoral expert is still available to the Attorney General’s Chamber as well as GECOM. It was noted that now that the Elections Commission has filled key posts within GECOM, IRI and the Commission are now putting systems in place for Fisher to provide his service to the Elections Secretariat. Another elections expert is also being solicited.

Cognizant of the initial concerns raised, the IRI, for more than six (6) months, engaged in extensive consultations to provide the necessary clarification. The consultations included approximately 40 governmental and non-governmental organisations including political parties and civil society organisations. Through the consultative process, stakeholders, though operating in a virtual space, were able to respectively share their concerns and opinions about the country’s electoral system. According to Ryzy, many of the stakeholders want similar electoral reforms. “…the type of reforms that they want are very similar, and what our technical expertise will help them …formulate and be able to put them in frame – what is an Administrative Reform, Legal Reform, Constitutional Reform, and also what are the short term, medium term and long term ways of approaching that,” Ryzy explained.

It was noted that while some reforms would require constitutional changes, others would only require legislative and regulatory changes. The issues raised were wide ranging, Ryzy said, while adding that they included matters relating to the Voters’ List and the proposed amendments to the Representation of the People Act. According to her, IRI is still compiling the issues and concerns raised to allow for further consultation and consensus on the matters at hand. “We believe that once they had time to talk about it more and receive the technical knowledge from the experts on the ground they will be able to refine those interest points a bit more to understand how it realistically work in Guyana’s case,” Sara Bharrat, IRI’s Local Programme Officer, said as she weighed in on the programme.

Bharrat said during the consultations, the stakeholders proposed that the IRI establish a Programme Advisory Committee (PAC) to demonstrate transparency, foster inclusion and ensure that programme activities are driven by Guyanese people. “The committee offers an opportunity to build the habit among Guyanese and their leaders of listening to each other’s views on electoral reform as a starting place for action,” the IRI Local Programme Officer told this newspaper.

According to Bharrat, when constituted, the committee will have government and opposition representatives as well as persons with disabilities; community, youth, women, indigenous and private sector representatives and other civil society groups. “They are expected to review and offer further input on key recommendations arising from roundtables and other dialogue spaces supported by IRI. This process ensures that Guyanese voices are making recommendations on changes to their electoral processes for Guyanese citizens and their leaders to use in making elections stronger,” Bharrat explained.

It was noted that the roundtable discussions, which will complement the initial six-months of consultations, are scheduled to commence in April, firstly with journalists, editors and other media operatives, would allow for extensive discussions on the technicalities involving the country’s electoral cycle, and other electoral related matters including Laws and Regulations.

Bharrat said aside from the proposed Programme Advisory Committee, a multi-stakeholder group, comprising the Minister of Parliamentary Affairs, Gail Teixeira; Opposition Members of Parliament and civil society representatives, was established last December. It was noted that at the end of the round table discussions, a report will be generated and sent to the Programme Advisory Committee for its consideration and recommendations before it is sent to the multi-stakeholder group for its input. Bharrat said at the end of the programme on September 1, IRI will compile a full report on the entire process, and in doing so, include the concerns and recommendations as tabled by the Guyanese multi-stakeholder body. The final report, she assured, will be sent to the country’s leaders, and civil society organisations among others.

Sun Apr 3 , 2022
Support Village Voice News With a Donation of Your Choice. Ms. Diletta Doretti is the new Resident Representative for Guyana and Suriname. She will be based in Georgetown, Guyana, the bank said in a press release. Ms. Doretti brings a wide range of development experience to her new position, the bank added. An Italian national, she joined the World Bank […] 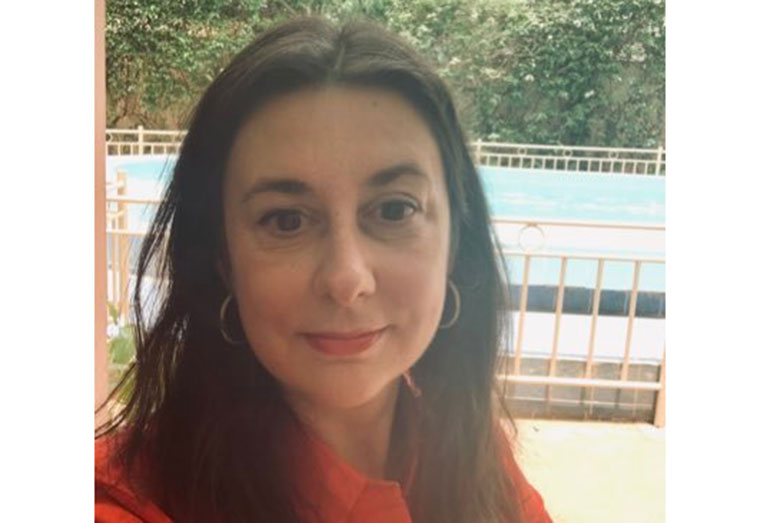