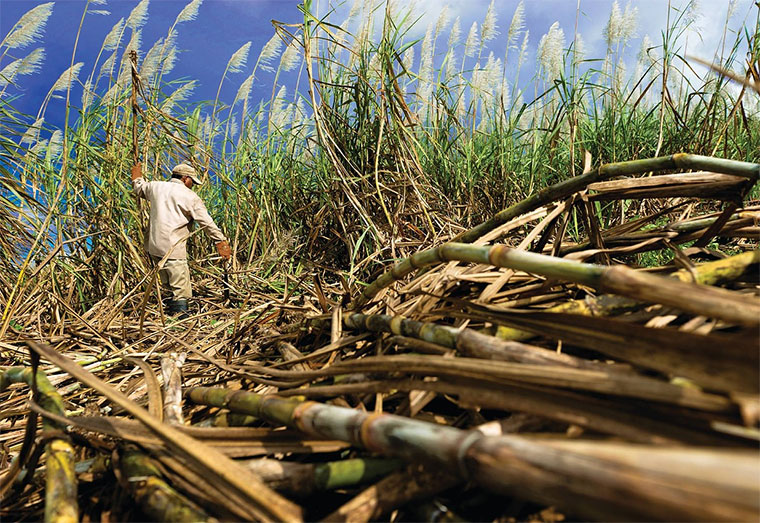 The $30B Bond secured back in 2018 for the revitalisation and diversification of Guyana’s Sugar Industry has been exhausted, Agriculture Minister, Zulfikar Mustapha disclosed while being grilled by the Opposition during the consideration of the budget revenues and expenditures in the Committee of Supply of the Parliament of Guyana.

“The bond has been exhausted, and that is why the Government is forced to give subsidies to GuySuCo to continue the investment,” Minister Mustapha said while being grilled by A Partnership for National Unity + Alliance For Change (APNU+AFC) Member of Parliament Tabitha Sarabo-Halley on Tuesday.

According to the Agriculture Minister, when the People’s Progressive Party/Civic (PPP/C) took Office in August 2020, only $3.8B had remained from the bond. That $3.8B, he said, was exhausted over the last 18 months.

The syndicated bond, secured under the APNU+AFC Administration, was intended to revitalize the Uitvlugt, Albion and Blairmont Estates while diversifying the other estates. However, though the Sugar Industry is far from profitability, Minister Mustapha assured the Committee that the People’s Progressive Party/Civic (PPP/C) Government will continue to invest in the industry until it becomes viable.

Between 2020 and 2021, the Guyana Sugar Corporation (GuySuCo) received approximately $12.8B in Government subvention, and this year, another $6B has been budgeted for the industry. According to the Government, the money will be used to strategically invest in the Albion, Blairmont and Uitvlugt Estates, and will result in upgrades and mechanization of the field operations and packaging factories to produce more value added products for domestic and international markets.

Responding to a series of questions posed by APNU+AFC Member of Parliament, Khemraj Ramjattan, the Agriculture Minister explained that of the $6B budgeted for 2022, $2B will be used to purchase fuel ($251M), lubricants ($40M), other essential materials and supplies ($282M), hiring of lorry contractors ($144M) and payment of wages and salaries ($1.283B).

He said in keeping with the Corporation’s Strategic Plan for the Sugar Industry, the additional $4B will be used to execute capital projects such as repairs to roads, lands conversion, lorry enhancement and the purchasing of field machinery and equipment, pumps and 4-wheel double cabin vehicles for the management of the estates.

The Agriculture Minister complained that when the PPP/C took Office, the Sugar Industry was in a dire state. “… when we took over this industry, it was crippling, it was limping,” he told the Committee of Supply, while noting that it had an extraction rate of approximately 40%.

He said as a result, Government, over the last 18 months, embarked on a critical capital support for GuySuCo. However, he was unable to respond to the burning question posed by Ramjattan and other Opposition MPs, “when will the Sugar Industry return to profitability?”

“We are working to go there, that is our main objective, we have a strategic plan that we are working with now, and as I said the three operating estates, we will enhance those tremendously this year and we are working to ensure that we also add value added to the component – more value added sugar, for example, packaged sugar instead of bulk sugar,” Minister Mustapha explained.

It was also noted that part of the $4B will be used to aid in the reopening of the Rose Hall Estate, for which approximately 500 persons have already been hired. However, no provisions were made for the Skeldon Estate.

“… We will reopen the closed sugar estates in a phrased approach, [and] as I said, the first estate that will be reopened is Rose Hall,” he said.

However, he was unable to provide the Committee of Supply with a specific timeframe for the reopening of Rose Hall or any of the other Estates which were closed under the APNU+AFC Administration.

“I am very optimistic Mr. Chairman, that the PPP/C Government will open the Rose Hall Estate,” he said in response while noting that the Rose Hall Factory is 41% complete.

But APNU+AFC MP Jermaine Figueira reminded the Agriculture Minister that he not so long ago informed the Economic Service Committee that based on projection, GuySuCo will return to a state of profitability in 2026. Against that background, the Opposition MP asked the Agriculture Minister to indicate, how much more money would be required to meet the 2026 target but he was unable to indicate despite noting that there is a strategic plan in place.

“So whatever it takes to bring back GuySuCo, the PPP/Civic Government will ensure that the resources are available,” he said.

For MP Figueira sugar “is the sweetest debt that the country has been consistently incurring and it cannot be a consistent burden on the Guyanese population.”

Norton calls on Police to investigate corruption allegations against Jagdeo

Wed Feb 9 , 2022
Support Village Voice News With a Donation of Your Choice. …. challenges the VP to reveal his assets as well as his earnings Aubrey Norton – Leader of the People’s National Congress Reform (PNCR) – on Tuesday, challenged Vice President Bharrat Jagdeo to make public his earnings and assets to invalidate allegations of corruption leveled against him –  allegations that […] 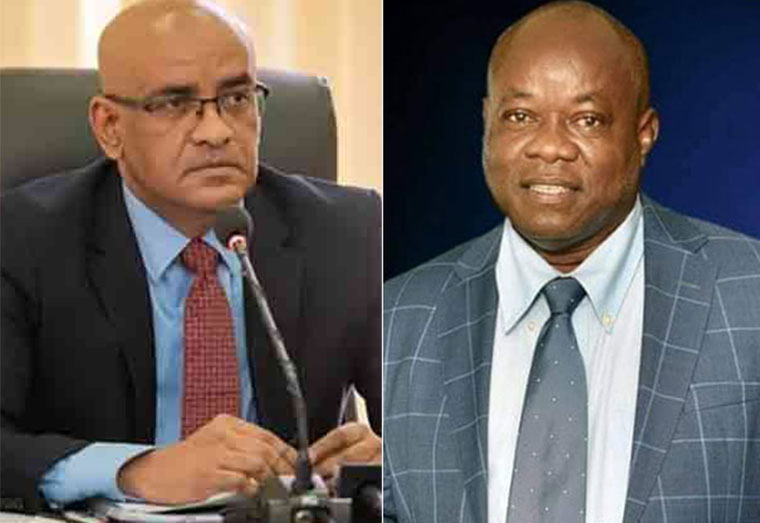