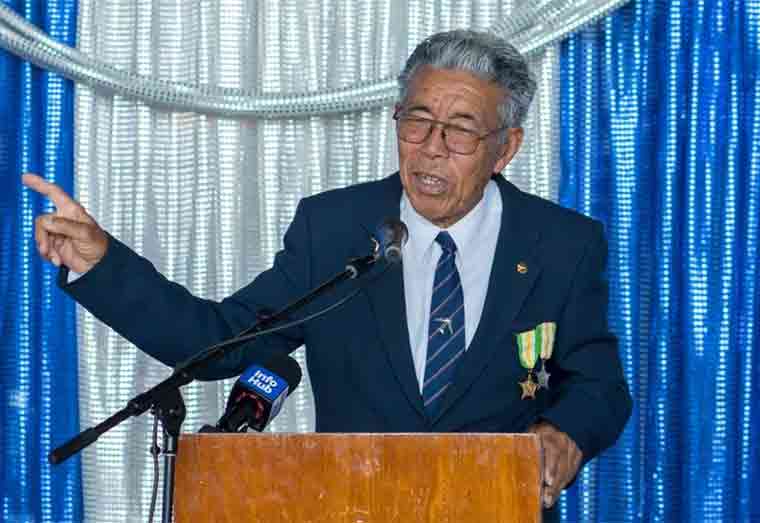 Veteran Aviator, Captain Malcolm Chan-A-Sue died early Monday morning, one month after he was injured in an accident at Kingston, Georgetown.
On October 30, 2021, Captain Chan-A-Sue and his wife were involved in an accident at High and Barrack Streets, Kingston. They were both hospitalised with Captain Chan-A-Sue being admitted in a critical condition.
Meanwhile, messages of condolences poured in after Chan-a-Sue’s passing. The Guyana Civil Aviation Authority (GCAA) in a statement said it is saddened by the passing of the veteran aviator.
Captain Chan-a-Sue was the holder of a Private Pilot’s License, Commercial Pilot’s License, and the Airline Transport Pilot’s License with several type ratings for various aircraft including the single engine and multi engine land and sea type aircraft. He was qualified to operate the Britton Norman 2 Islander, Grumman G21A, Dakota C47, DHC 6 Twin Otter, DHC 4A Caribou, HF748 and the Boeing 737 aircraft.
Captain Chan-a-Sue worked with the former Guyana Airways Corporation (GAC) and was one of the founder members of the Art Williams and Harry Wendt Aeronautical Engineering School (AWHWAES).
Captain Chan-a-Sue worked with the AWHWAES from 1993 to 2018 in various capacity including Chief Executive Officer and remained a Director after retiring as CEO in 2018. The Minister of Public Works, the Chairman and Board of Directors, the Director General, Management and Staff of the GCAA extend sincerest condolences to the family and friends of the late Captain Malcolm Chan-a-Sue, A.A., M.S. Guyana has lost another stalwart in aviation, the GCAA said.
For its part, the People’s National Congress Reform also expressed condolences on the passing of Chan-A-Sue who died early Monday morning one month after he was involved in an accident with a minibus. He was 82 years old.

Captain Chan-A-Sue was the former Chief Pilot of Guyana Airways Corporation (GAC); Executive Director of Aircraft Owners Association; and Chief Executive Officer of the Art Williams/Harry Wendt Aeronautical Engineering School. During his time at the GAC, he trained many persons who went on to become experienced pilots, both locally and internationally.
Captain Chan-A-Sue, who was also a recipient of the National Award, the Medal of Service (MS), also received the Arrow of Achievement (AA) in 2015 for his long, dedicated service and outstanding service in the field of aviation. “The Party extends heartfelt condolences to his immediate family members, relatives and friends,” the PNCR statement read.

COVID-19 has made life even more precarious for migrant workers

Mon Nov 22 , 2021
Support Village Voice News With a Donation of Your Choice. GENEVA (ILO News) – The COVID-19 crisis has had a devastating impact on migrant workers all over the world, in particular those employed in precarious low-wage sectors, who were often the first to experience the economic shock of the pandemic, says a new report by the International Labour Organization (ILO). […]