At early stages in life, I found it difficult to fathom why my father consistently allowed me to face life challenges on my own. In the most desperate of times, this visionary compelled me to figure things out on my accord. I was often frustrated and sometimes emotionally distraught. The eureka moment came a few months into my stint in the Guyana public service.

This was it. This is why I was subjected to such tortuous, albeit, magnanimous directions. It was preparation for something draining, something emotionally and psychologically cataclysmic. Traversing the halls of the great behemoth of social existence in Guyana, it donned on me, this was only for the brave. Filled with the passion to serve and deliver long-term development through plans and programs, I was quickly disillusioned. I take no pleasure in reporting to you: based on my experiences and encounters, the Guyana public service, insofar as the intractable politics of Guyana dominates, is simply a machine that is often bent to the whims and fancies of politicians who are concerned solely about the next elections.

Over an early morning coffee in the cramped and hot kitchen, the demythologizing was swift. A colleague reflected on my presentation in a planning meeting. She expressed passionate concerns and remarked-‘you think too much and you are too outspoken, that is not going to get you a promotion’. I responded, ‘there must be something in your coffee, what I did, is exactly what the system needs-debate, critique and dissent’. She insisted: ‘you see all them big words and big speech you like, ya aint getting far. I was once like you and I had to learn hard and quick’. The conversation caused me to reflect-what is this? The encounter sparked a determination to sit back and analyze and recalibrate. It was time to bat like Chanderpaul, inside the crease. The Chris Gayle approach was not proving too efficient. So I began to pay keen attention. The discernment revealed the hidden but ever-present working environment where incompetence and obsequiousness rose to the top and the efficient and outspoken hardly gained the commensurate professional mobility. The great myth unfolded. If you are presumed to read too much and appear to be loquacious, chances of being at the top are slim. The political calculus was-if you think too much, you can’t be controlled. Control is necessary for political machinations. As you may have gathered by now, this free thinker never bowed, never begged and the constructive dissent at meetings continued, nay, intensified.

TO SURVIVE SENSIBLY AS A FREE THINKER
Added to the need for a job, visions of grand professionalism often lead free-thinking liberals into the realm of government services in the Guyana context. Those who proceed from some semblance of a need to achieve and make a difference in the lives of ordinary citizens, are often imbued with intense naïve passion. You think of the conception of a project. There is joy in moving from conception to execution. The eventual implementation of a project brings unparalleled satisfaction. There is ultimate elation when you return to the scene for monitoring and evaluation when the impact is seen in real-time. However, the difficulty of meandering through the labyrinth of party paramountcy, political objectives and unbridled egos is never easy. The professional public servant thinks of the next 25 years, the politician is all about the next elections. The professional applies resources indiscriminately, the politician thinks of strategic targeting. The politician simply wants to cut a few ribbons and smile for the cameras, the professional is interested in the impact of the project on the lives of ordinary persons. Within these competing interests, the free thinker must survive sensibly.

Free thinking in the Guyana context simply means the ability to break free of the trappings of the tribal society. If you can have an outlook that is devoid of cultural and tribal orthodoxy, you are a free thinker. How does such a person fare in the public servant context? I am afraid, there aren’t many options. You are either with the part holding the reins of power or you are an opposition agent. If your head nods in the affirmative in all meetings, you are kosher. If you consistently object to plans and programs based on data and clear evidence of an inevitable failure, you must be an agent of the opposition. As a consequence, ostracization is your only destination.

Sun Oct 24 , 2021
Support Village Voice News With a Donation of Your Choice. (BBC SPORT) The US says more than 1.7 million migrants were detained along its border with Mexico in the past 12 months – the highest number ever recorded. More than one million of them were expelled to Mexico or their native countries, according to data from US Customs and Border […] 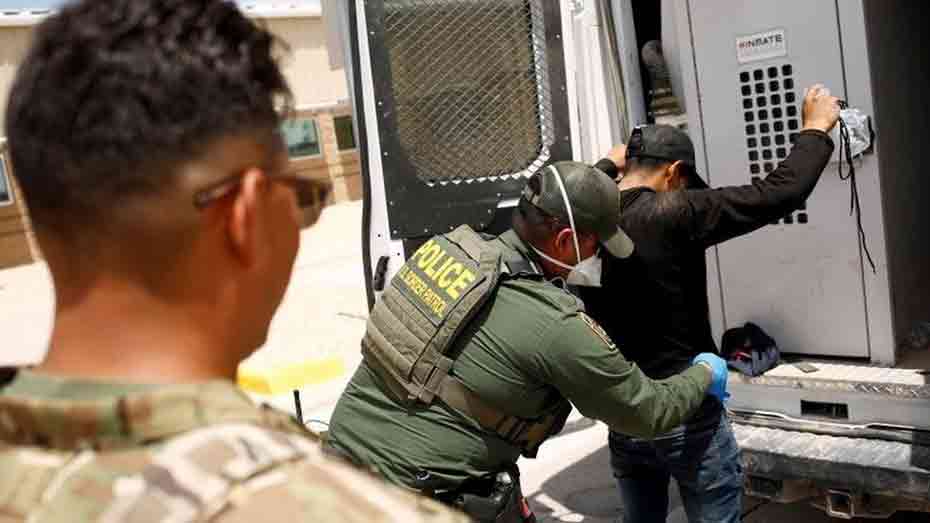