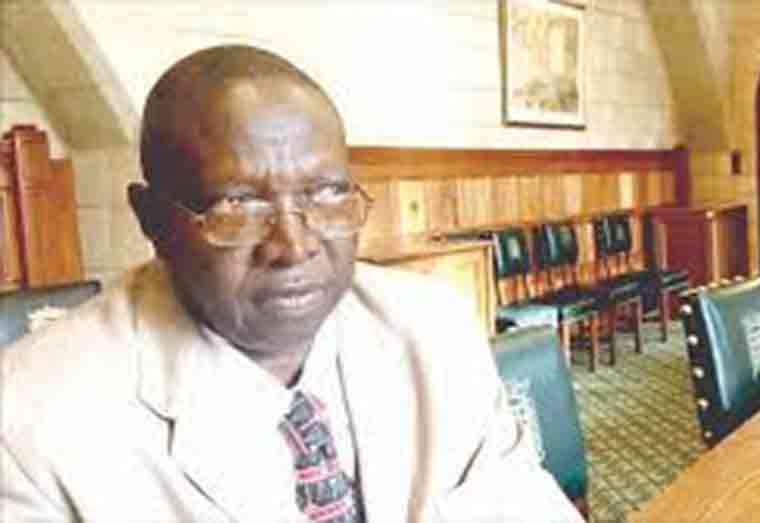 ….Isaac’s says all other clerks unwilling to work at PAC due to unprofessional conduct of members

Clerk of the National Assembly, Sherlock Isaacs said one of his Clerks has developed health issues due to high-stress levels experienced at the Public Accounts Committee (PAC) Meetings.

“Due to the frequent challenges being encountered at meetings of the Public Accounts Committee, the present Clerk of the Committee has developed health issues because of high-stress levels and cannot continue to clerk the committee,” Isaacs said in a letter addressed to the Chairman of the PAC, Jermaine Figueira, MP on Thursday, October 21, 2021.

As a matter of fact, Isaacs said the other clerks have declined to attend the PAC meetings due to the unprofessional conduct of some of the Members, who are Members of Parliament.

“All other Clerks of Committee are unwilling to clerk the Public Accounts Committee because of the unprofessional conduct of some members of this Committee, which is not conducive to a healthy working environment,” Isaacs told Figueira.

The Government and Opposition Members sitting on the Committee have been at loggerheads over a number of issues but most recently the sitting of the Committee. The Opposition, two Mondays ago, successfully passed a motion for the PAC to convene twice weekly due to its heavy workload, however, the Government has filed another motion to rescind the earlier motion passed.

Isaacs said due to the ongoing issues, he is unable to provide the PAC with a Clerk as he is required to do in accordance with Standing Order 6 (8) for its meetings scheduled for Friday, October 22 and Monday, October 25.

Fri Oct 22 , 2021
Support Village Voice News With a Donation of Your Choice. An old grievience between two Brazilian men resulted in one of them fatally stabbing the other at Baramita, North West District on Thursday night. The victim has been identified only as ‘Niego.’ According to an eyewitness, the men were arguing when the victim was attacked around 9 pm at a […]