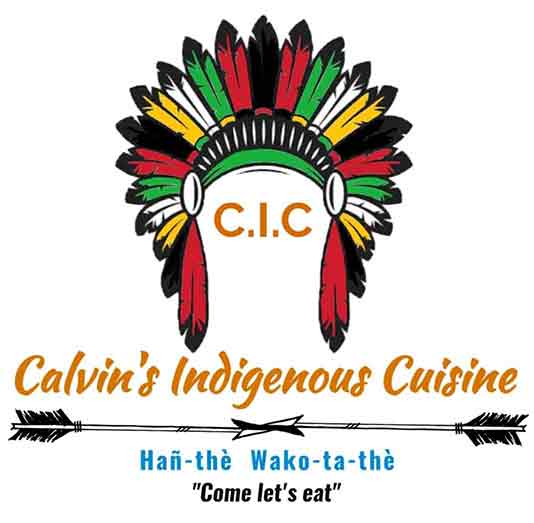 With the aim of preserving and promoting the indigenous culture, 26-year-old Calvin Roberts has launched his business, Calvin’s Indigenous Cuisine.

In an interview with Village Voice News, Roberts, an Arawak son of the soil, said that the idea of starting a cultural business was conceptualised in 2018 after he showcased his culture at the National Youth Assembly in New York.

“Back in 2018 I was selected to represent Guyana at a National Youth Assembly in New York as a Youth Ambassador. I promoted my culture, not only Guyana but my indigenous culture on the international stage. It was well received by thousands of young people like myself. That very moment, it dawned on me that if I can promote my heritage on an international stage, it therefore means that I could do the same locally,” he recalled.

Upon returning to Guyana in August 2018, Roberts began brainstorming business ideas that would align with his heritage and its promotion.

The idea of launching an indigenous cuisine business came to the young man’s mind but due to lack of resources and funding, the business was unable to become a reality at that time. However, it was only until July 2021 that Roberts’ idea would come to a reality.

“In July of this year I launched a Facebook page about Calvin’s Indigenous Cuisine, informing persons of what the business would be all about. It did not take a few minutes to have some overwhelming responses, people wanted the food,” he related.

“So the very next day I had to go into my pocket, take out whatever little I had and start preparing. Started getting cassava bread, all the wild meat together, the fishes together and the chicken and I started there very small,” the young man added.

In July, Roberts would get five to ten customers daily. However, closely approaching Amerindian Heritage Month, September, is when the entrepreneur’s business experienced tremendous growth. Not only did his clientele increase but he began gaining contracts from the Ministry of Amerindian Affairs and the Ministry of Public Health.

According to the advocate for indigenous people, Amerindian dishes should not only be easily accessible and gratified in September, but all year round.

“I have noticed that when heritage month comes around in September everybody gratifies to this kind of meal, you see it everywhere and you could find it easily. When the heritage month comes to an end, nothing is said about heritage anymore, our food, our culture, it all dies. So this is why Calvin’s Indigenous Cuisine has launched so we could promote and uphold this culture right through the year and not only in a particular month,” he noted.

He highlighted that his business is the only one of its kind in Region 3. Roberts who described himself as down to earth and outgoing, is advising young indigenous persons to be proud of their heritage and to not allow people to limit their potential.

The entrepreneur said, “Firstly, you must be proud of your heritage, of your culture, of your identity and who you are. If you are not proud of wearing a head dress, a chain or even a traditionally wear it does not make sense you launch a cultural business because you got to be so comfortable that others could appreciate your culture and appreciate you.”

Sun Oct 10 , 2021
Support Village Voice News With a Donation of Your Choice. In 2016, when former President David Granger appeared set to rename anything, he set his sights upon and controversy broke out over his renaming of the Ogle International Airport, I drew attention to the subjectivism inherent in this kind of process, particularly in divided countries, and suggested the establishment of […]