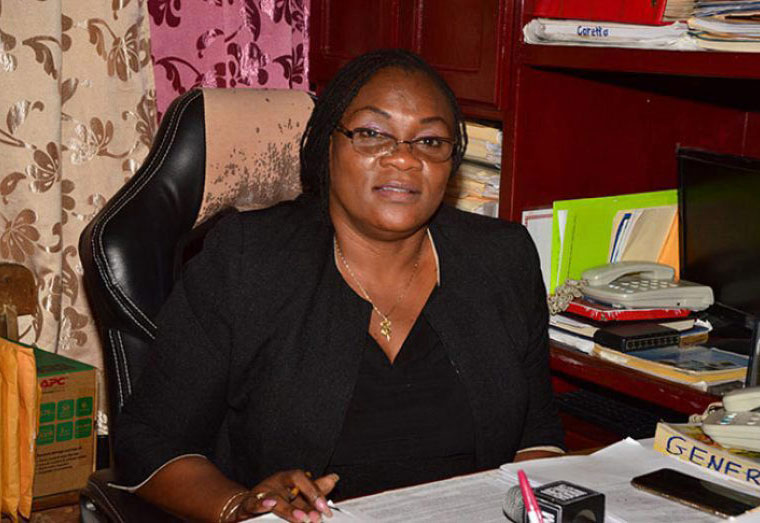 Guyana Teachers’ Union (GTU) General Secretary, Coretta McDonald has rejected the statements of Minister of Education, Priya Manickchand that the Union is political and called on the ministry to cease its ‘distraction tactics’ and deal upfront with the issues affecting teachers.
On several occasions, including recently, Minister Manickchand has told the media that she is willing to meet with the GTU but it first has to put itself in order and ensure that it is not being driven by political forces.

“If the Union is going to be made into another political entity, an arm of the APNU+AFC, then they can’t represent anyone, and teachers and their members should insist that they not be taken down that political path,” Manickchand said back in July.

It is widely assumed that McDonald is the intended target of these comments as she took up a public position with the APNU+AFC as a Member of Parliament (MP) following the 2020 General and Regional Elections.

As teachers across Guyana have been protesting against mandatory vaccination our the presentation of negative PCR tests with their own finances for entry to classrooms, and against the Ministry’s failure to meet a number of financial agreements signed in 2018, Minister Manickchand reiterated her belief that the GTU is politically motivated.

OUR REQUESTS ARE NOT POLITICAL
However, in an interview with the Village Voice News, McDonald said that issues plaguing teachers since 2018 and beyond are not political but issues that the Ministry is obligated to address and failed to for some time.

Furthermore, McDonald said that the GTU sees Manickchand’s criteria for a meeting between the Union and the Ministry as means to put off the crucial engagement. She said that she is uncertain of what the Minster hopes to accomplish in this regard as the GTU maintains that the MOE cannot dictate which representative of the GTU attends a stakeholder meeting.

She gave the example of cane harvesters who are currently protesting a significant drop in their earnings and who are represented by the Guyana Agricultural and General Workers’ Union (GAWU) that is headed by Seepau Narine, a sitting MP of Government. McDonald said that she has not seen any statement from the Government refusing to meet with Narine for political reasons which is a case of double standard.

Moreover, GTU General Secretary pointed out that the issues that are to be discussed at the meetings are not political issues. She said the issues relate to teachers’ outstanding financial issues and certain parts of the COVID-19 Emergency Measures which affect teachers.

The GTU has requested that the MOE make provision for free PCR tests to be provided for teachers at specific entities for efficiency and has also requested that Pfizer vaccines be available to teachers are many are interested in these vaccines which have been approved by the FDA.

WHY LAVISH TEACHERS NOW?
Instead of meeting with teachers, McDonald said that the MOE has chosen a tactic to divide and distract teachers by giving out gifts and benefits through its Teachers’ Welfare and Support Programme.

The programme saw over150 companies partnering with the MOE to offer discounts and special deals to teachers in the areas of health, housing, technology, clothing and more.

McDonald questioned why this was being done in the height of protests against the Ministry and not several months prior during the initial period of the COVID-19 pandemic.

The General Secretary said that the deals and discounts at such a time appear disingenuous and vouchers have been developed in such a way that teachers are limited to where they can spend the allocation given.

SCHOLARSHIPS AND CONCESSIONS
Regarding the MOE’s recent stripping of the GTU of the ability to offer annual scholarships and concessions from the Government to teachers, McDonald said that she sees this as a form of pettiness.

She explained that, when it comes to the awarding of the scholarships and concessions, not only does the MOE decide how many are awarded but, the process is managed by the Human Resources Manager, Jacqueline Simon who is a member of the MOE’s Scholarship Committee.

McDonald said that after the total awards available per region are agreed upon by the Union and the Ministry, the criteria that allow an applying teacher to be eligible is followed on the GTU’s end and the selections are made. The selection is done by a panel on which sits a representative from each county as well as representation from the Ministry of Education. Awardees are shortlisted, selected and then the chosen list is sent to the MOE for final approval.

“In 2018, we took full-blown industrial action, teachers did not complain then that the GTU was threatening them but, all of a sudden now the ministry is receiving complaints from teachers. They have not even investigated those complaints but they’ve taken them all wholly and solely that these complaints are true,” McDonald said. “All of those are just flimsy excuses to distract from the main issue that is on the burner.”

She added that with the power now back in the hands of the MOE, this could open up teachers who have been on the frontlines protesting their current challenges to vindictive practices.

The GTU General Secretary said that the Union and teachers are prepared to continue to protest their treatment by the MOE until positive action is taken. She said that the Union remains open to meeting with the Education Minister and other stakeholders and will not be directed on who should attend these meetings.

Sat Sep 18 , 2021
Support Village Voice News With a Donation of Your Choice. …over 1,200 new cases in 6 days At over 81 deaths, the month of September 2021 now holds Guyana’s second-highest number of COVID-19 deaths, marking a sharp and sudden change from the decrease noticed previously. Among them was a 5-month-old baby from Region One with suspected heart conditions who died […] 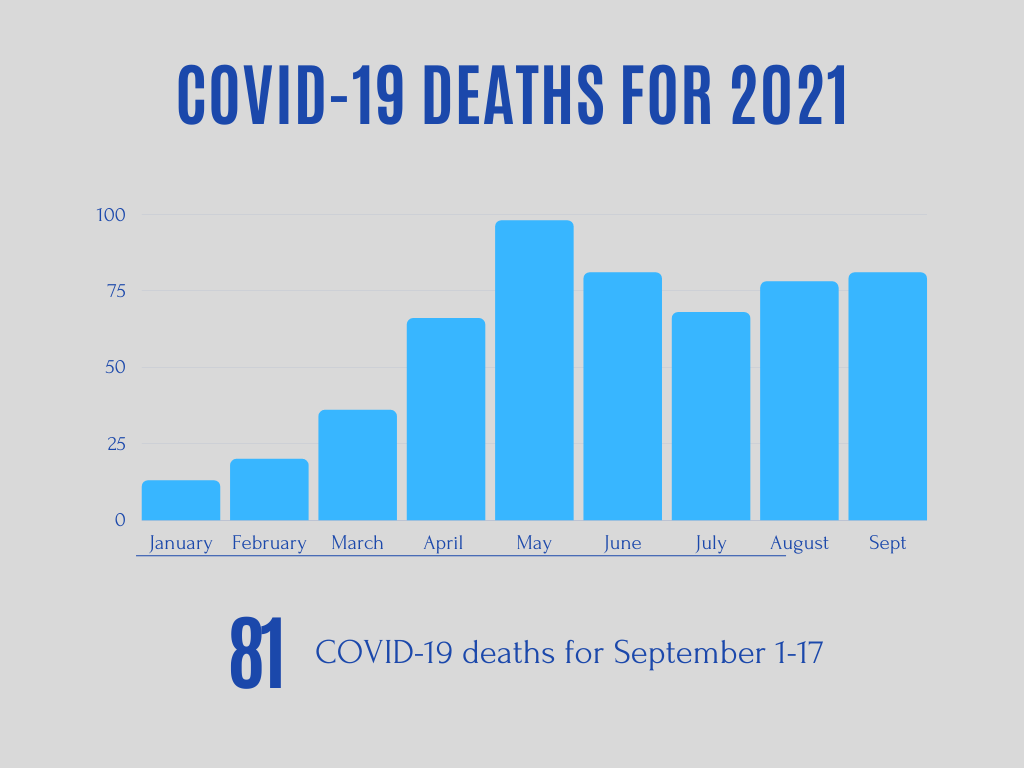