Speaking on his weekly programme The Public Interest, Granger explained that that it was easy to underestimate the complex character of over five decades of interaction between the two neighbours. Referring to the exchange of official visits by the Presidents of Guyana and Suriname in November 2020 and August 2021, respectively, he said that friendly visits were necessary but not sufficient to transform inter-state relations.

Granger noted, according to a press release that the two new Presidents brought vastly different experiences to their offices. Mr Santokhi, 62 years old, is a trained Police Officer who, as Commissioner of Police and Minister of Justice, interacted with Guyana’s Clement Rohee as Minister of Home Affairs. Mr. Santokhi, nicknamed ‘Sheriff’ by President Dési Bouterse, for his efforts to suppress narco-trafficking and the contraband trade across the Corentyne River which contrasted with the PPP administration’s tolerance for ‘back-tracking’.

Surinamese officials and politicians still lament the Guyana Defence Force’s military operation to defend the New River Zone against Surinamese occupation of ‘Camp Tigri’ on Guyana’s territory in August 1969. Additionally, Mr. Granger said that the PPP administration’s experiences with the expulsion of the CGX petroleum platform from Guyana’s waters in June 2000 and the occasional seizure and harassment of fishing boats over the years still hold sober lessons for diplomats.

Mr. Granger advised that a professional foreign service was needed to deal with a neighbour like Suriname and Guyana’s policy should not be based on wishful thinking.

During Santokhi’s visit Guyana and Suriname signed two cooperation agreements. Guyana’s Minister of Agriculture, Zulfikar Mustapha, MP, and Suriname’s Minister of Agriculture, Animal Husbandry and Fisheries, Parmanand Sewdien signed the Protocol concerning the Trade in Fresh Agricultural Produce. Its terms and conditions relate only to commercial shipments of agricultural produce. Its focus is on the local and organic production of the fresh produce by providing guidelines with respect to conditions under which they will be produced, stored in pack houses and eventually packaged and transported to each country.

The Guyana Government said effort will be made to ensure international obligations, standards and guidelines are met, which relate to the production, certification, processing, packaging, storing and transporting of agricultural produce between the two countries.  The Protocol would see the two nations assisting each other to access new markets as they seek to trade agricultural produce. Guyana would benefit from Suriname’s access to the European market, while Suriname would benefit from Guyana’s access to the North American market.

The second agreement saw Guyana and Suriname signing an agreement on the establishment of services in the field of healthcare. The Ministries of Health are expected to strengthen strategic collaboration, provide effective capacity building for healthcare personnel and specialty treatment for patients. The ministries will also develop joint programmes, especially in professional healthcare and public health services, disease control, diagnostic imaging, laboratory services, pharmaceutical services and research.The parties also agreed that in the era of the COVID-19 pandemic, they will coordinate their efforts with respective cross border diagnostics in COVID-19, contact tracing and quarantine, developing a risk communications strategy, COVID-19 awareness and COVID-19 vaccination awareness. The parties will also cooperate and share experiences in the COVID-19 vaccination campaign.

Maruranau e-Gov internet down since March

Mon Aug 30 , 2021
Support Village Voice News With a Donation of Your Choice. …residents say teachers, students affected  Since March this year, the WIFI internet service provided to the residents of the Deep South Rupununi village of Maruranau via the e-Gov network has been unserviceable , forcing parents to ride for several miles to nearby villages to access the service with their children […] 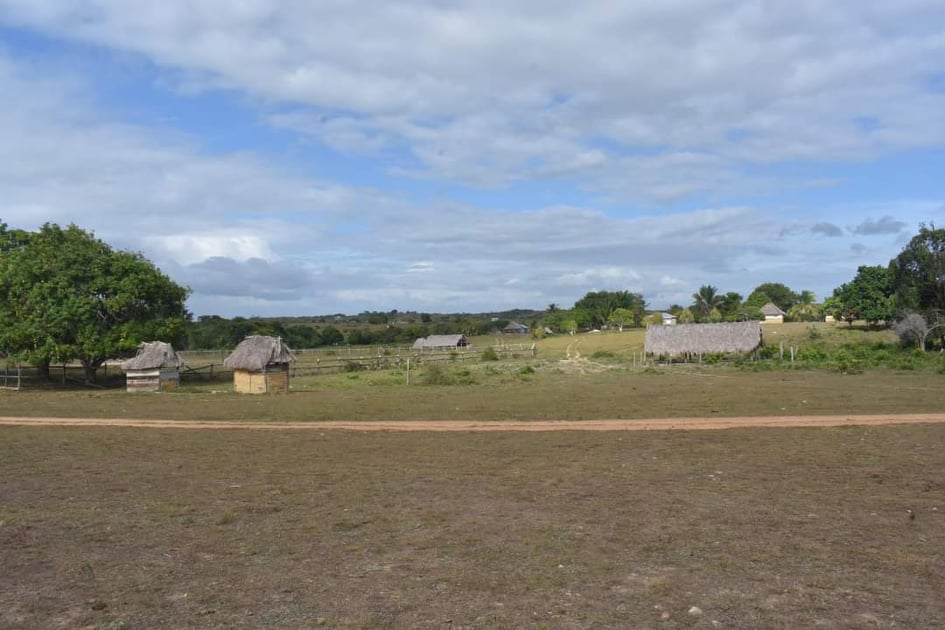