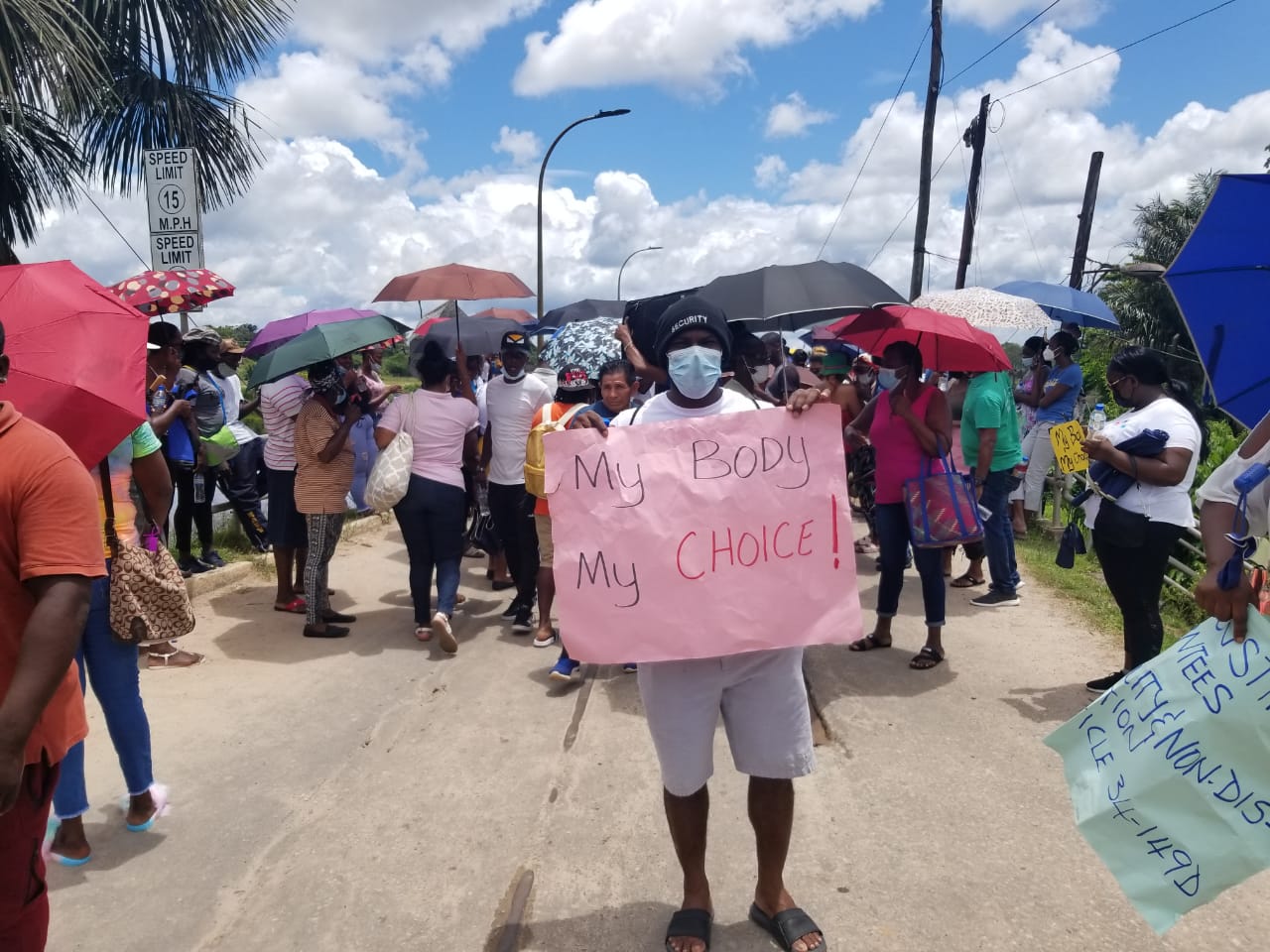 …as memories of 2012 killings still hauntBy Svetlana MarshallRegion 10 Member of Parliament, Jermaine Figueira, upon learning that the Mackenzie/Wismar Bridge was blocked by residents of Linden in protest of government’s vaccination policy, worked around the clock to ensure that the demands of the protestors were met, and though it was no easy task, together with Apostle Nigel London, he managed to persuade them to unblock the bridge.  For both leaders, it was important to prevent a reoccurrence of the 2012 Protest, which ended when  police opened fire on the protestors, killing three Lindeners in process and triggering a series of fires.  “It was utmost that the peoples’ action which was a just cause, not resulted in loss of life, injury to limb and damage to property and businesses. I understand the negative psychological impact the 2012 episode had on the people and it still lingers today in some of them,” MP Figueira told the Village Voice Newspaper during an interview on Friday. He said having experienced firsthand the “brutal and inhumane” posture of the People’s Progressive Party/Civic (PPP/C) Administration against peaceful protestors in 2012, he felt it necessary to join London to provide the necessary leadership to the people, and to have their concerns articulated to the powers that be. ‘FORCED VACCINATION’

Last Wednesday’s protest erupted after unvaccinated doctors, nurses, patients in some cases, and residents were denied access to the Linden Hospital Complex as a result of the Government’s Vaccination Policy. Under the new COVID-19 Emergency Measures which took effect on August 1, unvaccinated persons are not permitted to visit public offices without appointments while operators of public transportation are mandated to be vaccinated. The measures resulted in unvaccinated doctors, nurses, and even patients being barred from accessing hospitals and clinics – a situation, which angered Lindeners. The country’s main opposition – the Partnership for National Unity + Alliance For Change (APNU+AFC) – from the onset had objected to the approach taken by the government to achieve herd immunization, and on Wednesday morning, MP Figueira iterated that position as he stood in support of a group of persons who were objecting to the vaccine being imposed on them. Shortly after registering his support to the unvaccinated on the outskirts of the Linden Hospital Complex, the Opposition MP left for Georgetown – and it was while there that he received reports that residents had blocked the Mackenzie/Wismar Bridge. Without hesitation, the Regional MP sprang into action. “I made contact with the Mayor, the Regional Chairman, RHO to get a true sense of the situation to determine how the concerns and demands of the residents can be met,” he told this newspaper. After contacting the Regional Health Officer, Dr. Gregory Harris, MP Figueira attempted to contact the Permanent Secretary of the Ministry of Health, Malcolm Watkins but to no avail.  “I subsequently call a senior advisor to the government and made it known the people’s position and their demand,” the Regional Parliamentarian said. MP Figueira had also briefed the Leader of the Opposition, Joseph Harmon on the situation. Harmon reportedly made contact with President Irfaan Ali, and was assured that the measures would be relaxed. “I too call the president and he did indicate to me that he spoke with the Leader of the Opposition, Mr. Joseph Harmon and that he was going to relax the measures for a period,” MP Figueira detailed. Upon his return to Linden, the Regional MP made his way to the Mackenzie/Wismar Bridge where he remained with the protesters as he waited the issuance of the statement by the government. “The commander told me it was getting close to the curfew and he was going to tell the people they have to come off the bridge. I told him in the presence of Mr. London that would not be a prudent thing for him to do. All the people will see, is the police against them and them against the police,” the MP said. In fact, two of the COVID-19 Task Force buses along with additional police support had made their way to Linden at around 19:00hrs, and some persons on the ground became concerned that the protest would have escalated had there been a confrontation between the protesters and the police.

However, it was minutes after 22:00hrs when the Ministry of Health issued a statement, which indicated that the COVID-19 measures for public health workers and public transportation operators would be relaxed for a period of two weeks. Together with London, the Regional MP informed the protesters that government had relaxed the measures, and in doing so, pleaded with them to clear the bridge.  “I’m happy I was able to speak to my people, most of them I know and they know me, so they listened to what I had to say and Mr. London. After which, I asked them respectfully to come off the bridge given that some of their demands were met and I’m happy they did. The people did so recognizing, what unity and power of the people can do. They did so knowing the fight will continue,” MP Figueira said.Pastor London, in a separate interview with the Village Voice Newspaper, said he was pleased that Wednesday’s protest ended peacefully.  “I went to the people and I said to them that there was an order issued…and that the gate [of the hospital] would be opened and it is only fair that now that the gate has been opened, that you keep your word,” Apostle London recalled. He said with the government committing to relax the measures, it was important for the protesters to keep their end of the bargain.“With all this injury and death, the only community that grieve would have been Linden because they are now being called Linden Martyrs and there were two others who would have been injured. And I realized and I explained to the people at the bridge, if this was to repeat itself, yet again Lindeners would be the ones who are suffering,” Apostle London said as he referenced to the 2012 Protest.Though he had staged mini protest actions in front of the Linden Hospital Complex, the Mackenzie Municipal Market and the Square of the Revolution in Georgetown in protest of government’s vaccination policy, Pastor London said he was not involved in the blocking the bridge but thought it necessary to lobby the country’s health authorities on behalf of the people with the hope of having a peaceful resolution. Like the Regional MP, Apostle London had also made contact with the Regional Health Officer and other officials to have the issues ventilated at the level of the Ministry of Health.  “The demand was if you open the gate then the bridge would be unblocked. I felt it was a fair demand because Linden was the only place, in terms of this inconvenience,” he posited. Long before government introduced the vaccine requirement across the public sector, the religious leader had expressed several concerns. He subsequently took those concerns to the streets after the Government announced mandatory vaccination for key sections of society. “I am standing here in peace which is my right as a citizen of this country. As an individual, I’m standing here because something is wrong. I stand for every police officer. How can you tell people who work in the Ministry of Public Health, who have put their lives on the line for Guyanese, for you as well, that this morning they’re not allowed to go into their place of employment? This is unjust! I stand for you all with a principle in mind that it is their body, it is their choice. I am not standing here to say that people should not take the vaccine — I want that to be clear — I’m standing here to say that according to the World Health Organisation, you’re supposed to give the people a choice,” Apostle London said during one of his picketing exercise at the Square of the Revolution. During the interview he expressed similar sentiments. London said though he is appreciative of the steps taken to relax the measures, he is dissatisfied that the restrictions are only lifted for a period of two weeks, and that regular unvaccinated citizens are still required to make appointments, and in doing so, produce negative PCR COVID-19 test results before access can be granted. 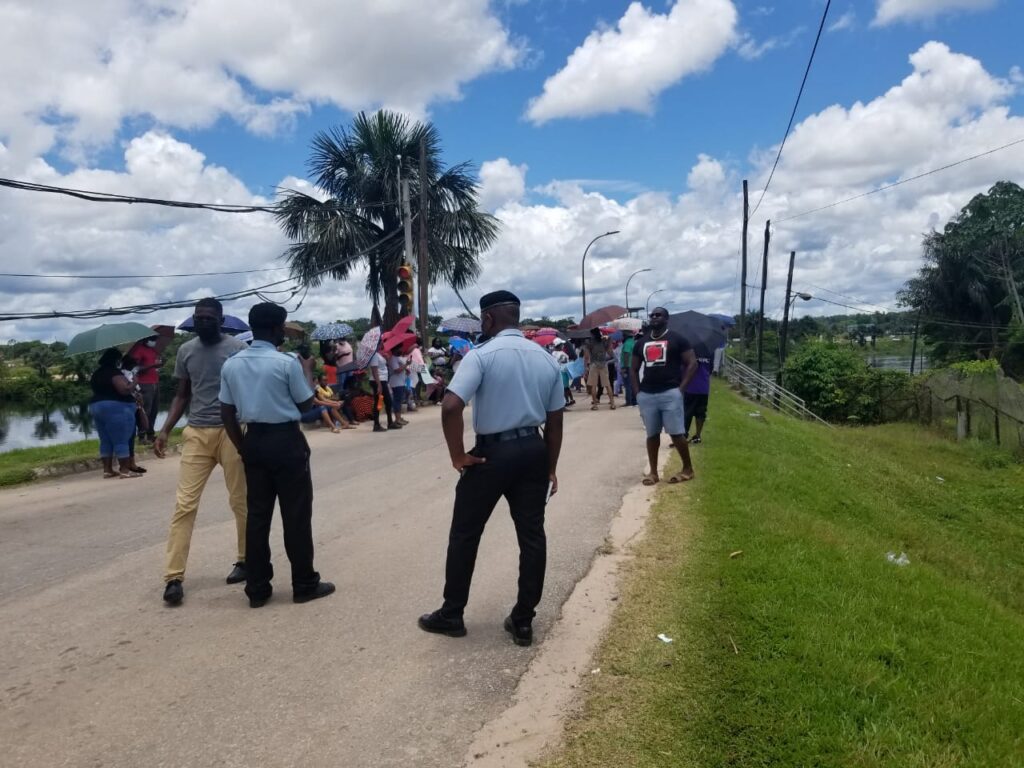 VACCINATION POLICY UNACCEPTABLE The Ministry of Health in a statement, on Friday, advised that “any patient seeking care at any public health facility across the 10 administrative regions, whether vaccinated or not, must be allowed to access health care. Persons accompanying the patient must show proof of vaccination or a negative PCR test to gain entry.”But Apostle London said such is unacceptable, not only in the case of the Health Sector but also in other sectors where proof of vaccination is required. “Although I am pleased that the nurses have an opportunity to return to work I am displeased that residents are still being inconvenienced and being asked to spend $25,000 for a PCR test in a community that is depressed, and in a nation in itself that has faced quite a bit over the last 16 months,” he told this publication. Apostle London made it clear that though he is not against vaccination, he is against a system that discriminates against the unvaccinated and a system that makes vaccination mandatory. Persons, he maintained, have a right to choose. Like Apostle London, MP Figueira said he too is not satisfied with the measures instituted by the government. “It is very pellucid that the Ministry of Health and by extension the government don’t know what to do to properly and effectively manage this pandemic. It is clear that the vaccine hesitancy is due to the undeniable fact that the population have many questions that are unanswered.Therefore, the administration has to deliberately and purposefully undertake a national education campaign with the intention of providing answers to questions people may have, about COVID-19, about the various vaccines, about the persons who are administering the vaccines at the various locations including at people’s homes,” the Regional MP reasoned. He said the government should educate the citizens about the importance of everyone in public wearing a mask and observing the COVID-19 Protocols. “They need to educate the masses about immune building supplements, the importance now more than ever, of eating fruits, vegetables, sunlight, exercise and proper diet,” he posited. The Parliamentarian also made a call for the Government to have persons undergo medical evaluation before the vaccine is administered to them. Further, he said the government must undertake to purchase WHO approved vaccines for its citizens and assure them that if or when they take it, they are guaranteed to have the second dose when that time comes. “All medical facilities must provide free testing for Guyanese citizens to test for COVID-19 and those persons with negative test be allowed to have access to all government services. The burden of testing must be on the government, not the people,” he further submitted. Importantly, he underscored the need for widespread consultation. “Finally, this is a national crisis and it requires a national response of all stakeholders and the opposition is a major and very important stakeholder to bring solutions that will help Guyana come to a better place in handling this pandemic to the benefit of our population. Therefore, the government must act responsible,” he said.

Mon Aug 16 , 2021
Support Village Voice News With a Donation of Your Choice. An installation ceremony for the new Secretary-General of the Caribbean Community (CARICOM), Dr Carla Barnett, will be held on Monday 16 August 2021, from 10:00. The Chairman of CARICOM, Prime Minister Gaston Browne of Antigua and Barbuda, will welcome the new Secretary-General and bring greetings from the Conference of CARICOM […] 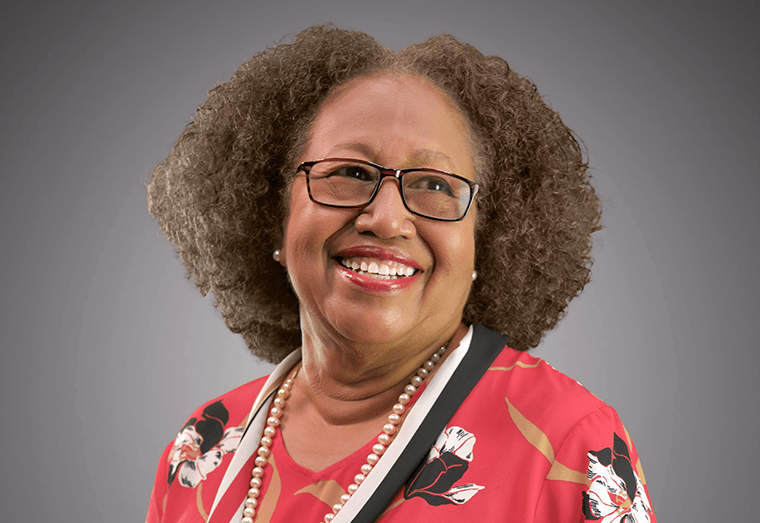