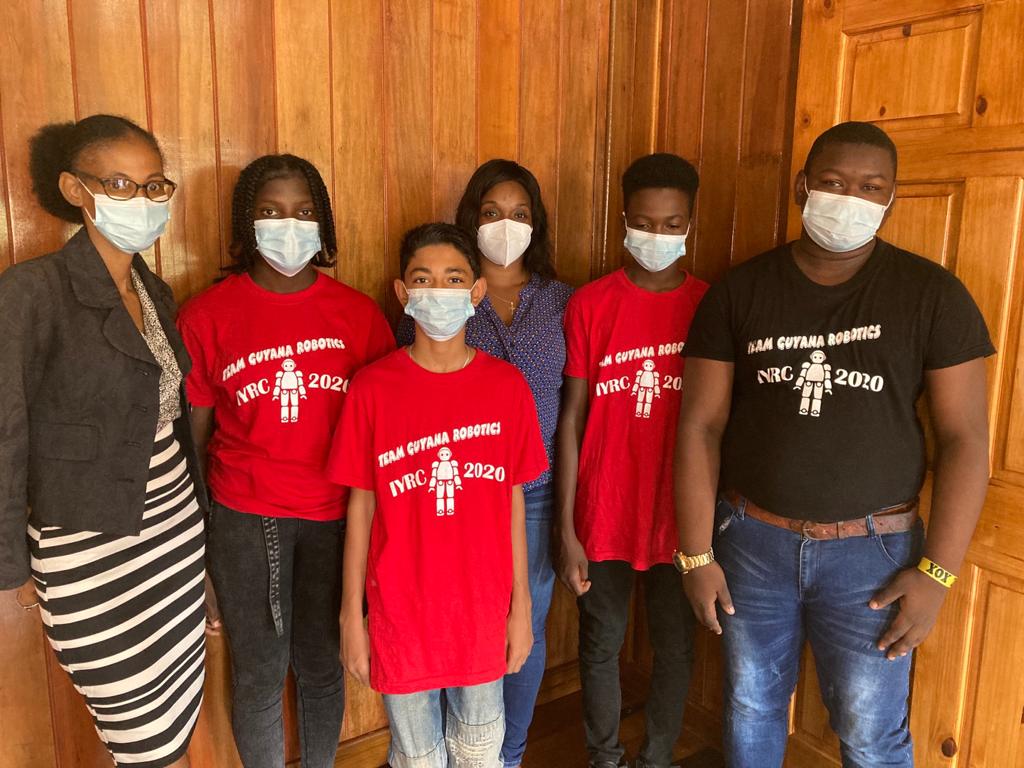 The STEM Guyana Club in Lichfield, Berbice is hoping for a soon return to normalcy in Guyana so that children of the community can resume learning about how they can use robotics and scratch coding technology to improve their lives and the lives of others.

The club — a branch of STEM Guyana in Georgetown — was formed in March 2019 out of a partnership with STEMGuyana, the Department of Youth and Culture, and ExxonMobil Guyana.

There are two coaches — Bradley Downer and Denica Grant — who volunteer and about a dozen students ages 7 to 14. The young students have participated in competitions such as the International Youth Robotics Competition (IYRC) via in 2020 in Korea virtually.

Speaking with Downer, he said that most of the students are interested in robotics and specifically the building of robots. While they sometimes achieve this with the help of a manual, on other occasions the students have been challenged to create a robot on their own that can remedy an issue in society.

“At IYRC, they are usually given a topic like ‘The COVID-19 Era, What Can I Do?’ As a robotic student, you’re tasked to build a robot that can probably deal with COVID-19. We built a fumigator machine that will be able to spray chlorine on buildings which would help in disinfecting the building. So, instead of a human, you would have to have a machine to disinfect the hospital or the workspace,” he recounted.

Downer said that such engagements help to build team spirit among the children, help them to think critically and help to boost their confidence in their ideas and their ability to bring them into reality.

Since the COVID-19 pandemic, the Lichfield, Berbice STEM Guyana Club has not been able to meet in person except to prepare for this year’s IYRC. Downer said that, as a result, some of the students are already forgetting what they would’ve learnt which is why a return to normalcy is crucial.

He hopes that, in the near future, more children from the community will join the club so that they too can benefit. He also hopes that more females will be encouraged to join the club knowing that STEM is not just for males.

“The world is changing and women belong in the field of STEM — as matter of fact, any field that they choose to go into. The world needs more female engineers. There are times when girls are truly interested in becoming an engineer or whatever STEM-based career, but because there aren’t many female engineer role models, they don’t go. So, I would advise them to go there and they will eventually be a role model to some other student,” Downer said.

He reminded that robotics, Artificial Intelligence (AI), and coding/programming are changing the world rapidly and are the very skills that youths need in today’s society. He encouraged all youths to learn about those areas by joining a STEM club near them.

Those hoping to find a STEMGuyana club near them can contact STEMGuyana at http://www.stemguyana.com/ or 616 4454.

Mon Aug 16 , 2021
Support Village Voice News With a Donation of Your Choice. A 20-year-old Parfaite Harmonie, West Bank Demerara (WBD) man died hours are he crashed his motorcycle while trying to evade a police patrol vehicle on Sunday night. Dead is Mahendra Deopaul. The Guyana Police Force, in a statement, said at around 23:45hrs on Sunday, Deopaul was seen riding motorcycle #CK5677 […]