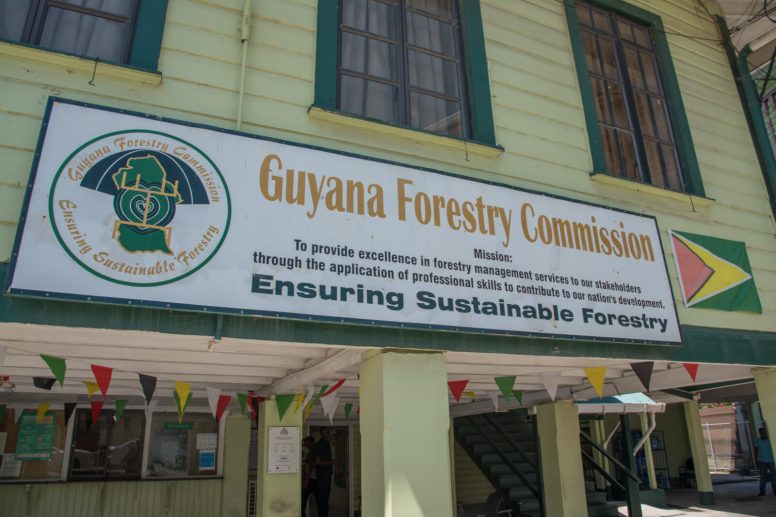 As four former employees of the Guyana Forestry Commission (GFC) contemplate their next move, the Guyana Agricultural and General Workers Union (GAWU) has written the agency seeking answers to a number of questions regarding the matter.

Reports are that the union has written to the GFC for clarity on the matter and it has also pointed out that the men’s termination appeared without warning. The four men- Dexter Benjamin (mechanic), Ronald Parris (maintenance clerk), Clive Harris (driver) and Roger Manawar Khan (driver)along with a female contracted employee had their services terminated during the last week of June 2021.

The four men, three of whom told staff members that they won’t be returning to GFC even if they are offered re-employment, are seeking additional benefits to the one month’s pay mentioned in their letters of termination.

The Village Voice News was told that the men are entitled to terminal benefits for years of service, payments for outstanding annual leave, leave passage and travelling allowance. They are also owed monies from the company’s pension scheme. Many public officials have noted that the men should consider legal action against the body but this newspaper was informed that the men are awaiting the GFC’s position on their due payments before making their next move.

Citizens reacted in dismay last week when news broke of the termination of the men’s services from the GFC. A contracted female employee who retired from the GFC and was rehired, was also fired.

The quintet believes that they were fired after they were accused by the GFC’s management of failing to acknowledge the presence of a minister during a lunch-hour visit while they played a game of dominoes two Mondays ago.

Reports are that the four men and the female radio operator, all of whom served the GFC for various years ranging from 10 to 25 years, were fired by the personnel department since the they were seen playing dominoes when Minister of Natural Resources, Vickram Bharrat visited the company’s offices at Water Street, Kingston.

A staff member told the Village Voice News that the staff members were shocked by the decision of the GFC. One of the men told his colleagues that he was told to visit the personnel department to uplift a letter and to his surprise, the letter spoke to the termination of his services with no reason given. Three of the men’s letters mention no reason for termination while another was told that he was being fired because a vehicle has not been functioning properly since he was responsible for fixing same.

On receipt of his termination letter, one of the men reportedly engaged the Human Resource personnel on the issue but according to him, the woman informed that he can go to “whoever” he wishes in a dismissive tone. His colleagues told the Village Voice News that the official was most unhelpful to his cause and she usually dismisses workers’ pleas whenever they engage her office.

One of the drivers who was fired was said to be a former driver of Minister Bharrat and according to a GFC source, there may be more to his termination. They said it may have been tied to his decision to request a transfer back to the GFC from the ministry. Reports are that the man was appointed the personal driver of the minister last September but since the job saw him having little time for his family, he requested to be relocated to the GFC since his name is on that body’s payroll. He served the GFC for more than nine years. The man was relocated to the GFC one week before he was fired.

A GFC official told this newspaper that the atmosphere at the GFC’s Kingston office is nothing but toxic, noting that more than 90% of the staff are merely working because they have a family or bills to pay. He said he cannot recall the last time the GFC had a general staff meeting, noting that this breakdown in communication may have contributed to the recent firings. “GFC was like a family, right now is dog eat dog, “he added.

On the day of the incident, the quintet was playing dominoes around 12:20 as they ate their lunch. The minister walked by and acknowledged the men and they noted that they stood up as he passed.  “I don’t see the big deal because the minister clearly said it was okay and since it was their lunch hour we ain’t see the big deal,” a staff member noted.

Reports are that later that day rumours circulated that the management of the body was not happy with the manner in which the five conducted themselves when the minister passed through. But GFC staff told the Village Voice News that playing dominoes is a lunch-hour tradition at the body’s office. He said the team from Kingston is one of the better ones within the public service circuit and when competitions are held, it is usually a winner. “Even a PS {Permanent Secretary} join in the games when we play here at lunch time, I ain’t see the big deal,” the man added.

Reports are that the GFC has been plagued by financial problems for several months, and one staff member noted that things are so bad at the GFC in recent months that some persons received their salaries late since the body was paying in an alphabetical order. It was noted too that field staff who receive their salaries late would sometimes suffer a double blow since monies which were not yet cleared for trips are usually deducted.

Mon Jul 12 , 2021
Support Village Voice News With a Donation of Your Choice. …90 new cases recorded Saturday   A 102-year-old woman is among the latest Covid-19 deaths recorded here, the Ministry of Health confirmed on Saturday. In a press release the ministry said three more persons who tested positive for the novel coronavirus (COVID-19) have died. This takes the total number of deaths […]