The flood waters + destruction in its wake

Weeks after the flood the situation in the affected and adjoining areas remains critical. Rather than finding solutions to the problem that has caused the flood, operatives of the Central Government find it more convenient to play partisan politics, putting at risk the lives, health, and possessions of the people. The Bible said there is a time and place for everything under the sun, but it seems as though those in office do not know this or don’t care. This is not the time for political bickering and grandstanding.

We are dealing with flood waters on the land for an inordinate length of period. People are moving around in some areas in water over their knees. This is cause for concern because of the risk associated with contracting waterborne diseases such as leptospirosis, gastroenteritis, and typhoid. In the face of this risk they must also contend with their belongings being damaged by the water, as some look on helplessly.

There is no substantive relief for the affected. There is uncertainty whether they have the type of insurance to compensate for this type of destruction. It means also, in some cases, all the years of hard work in building a house and making it a home, for people’s physical and psychological comfort, is being destroyed.

What we are learning from this disaster is the preying on the plight of the people for political opportunism. Operatives of the Ali regime are going into areas under the guise that they are bringing relief to the communities, but there have been numerous complaints that the One Plastic Bag Policy is being conducted in a discriminatory manner.  Let me make it clear. Where the Civil Defence Commission (CDC) is involved, everybody gets the same items in a sealed delivered bag.

Reports have reached me that the One Plastic Bag distribution being conducted by ministers is where the discrimination manifests. Persons in the affected communities are being identified by a local party operative based on perceived political support. Those considered to be supportive of the PPP/C will get the red plastic bag and those who are not so considered will receive the white plastic bag. The agencies who are contributing aid and giving directly to the political operatives, their assistance is being used to further this discriminatory agenda.

Even in national distress the politicians cannot rise above narrow mindedness. Proper management of the disaster is the function of the Central Government due to its magnitude and absence of resources at the Regional and Local government levels.  This is not the time for political favouritism. The fallout from this disaster, as it is with all disasters, will knock on everyone’s door in the affected areas. To treat some as more deserving than others when their situation is the same is vindictive. The act disregards the seriousness of the situation and the likely consequences that could be brought about if not properly handled.

Response to the floods must be more than a One Plastic Bag discriminatory policy and the CDC’s single hamper. It must be holistic and attend to the needs of every demographic, bar none, because all are being affected. There cannot be a programme only to address the plight of the farmers. There must also be a programme to address the plight of those who have to rebuild. Whereas in the farmers’ case there is destruction to livestock and crops, for others there is destruction to their possession and communities. There is also the need to look at the population, particularly the working class and vulnerable, all of whom are facing a marketplace where prices for essential items have increased across the board.

It is time to look at an Economic Relief Programme that will attend to all citizens and communities based on needs. People need money to get back on their feet. There must be some efforts to create a situation of economic parity in the society. We cannot continue like this. Poverty is staring us in the face and will continue to rise in the absence of proactive approaches. The ills of poverty we all know.

The economic dispossession of workers and the poor is being made worse by the national disaster and the One Plastic Bag policy. Today I call for collaborative efforts between and among the Government, Opposition, and other stakeholders in moving with urgency to mitigate against further economic dispossession and anti-social fallouts. People are catching hell and the feeling of hopelessness and despair is hanging over our heads like a dark cloud. This is the time for imaginative leadership.  People need help.

Sun Jun 27 , 2021
Support Village Voice News With a Donation of Your Choice. …says acting on complaints by GPUSU’s Patrick Yarde  After failing to get the courts to bar Trevor Benn from contesting the just concluded elections of the Guyana Public Service Cooperative Credit Union Limited of which he won the chairmanship, the Guyana Public Service has reportedly enjoined the government in the […] 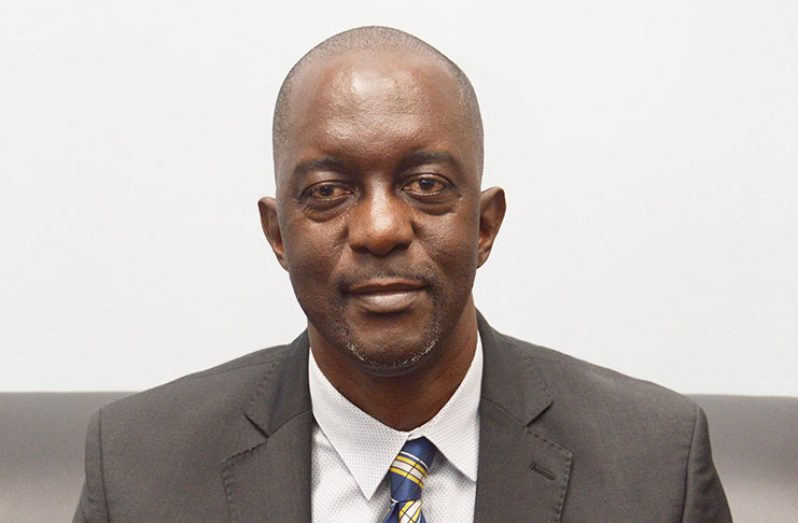