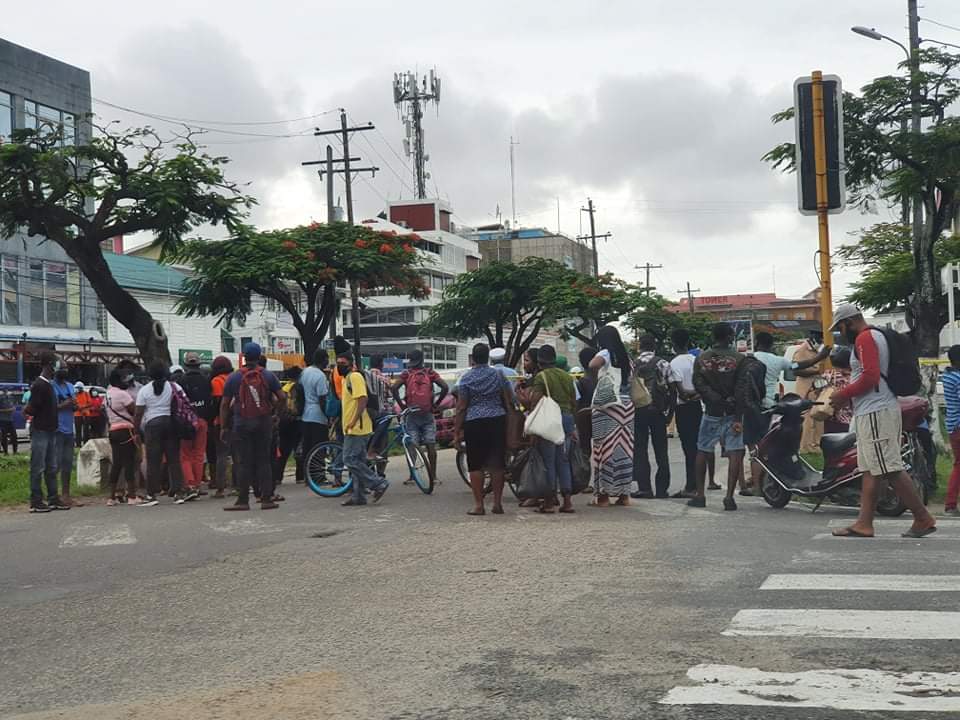 An elderly man who hangs out with persons at  Avenue of the Republic in the city was on Thursday afternoon crushed by a truck in the area.

Reports are that the man, known as Sandy, was dragged and run over by the heavy-dury vehicle shortly after 1630hrs. He succumbed to his injuries shortly after. A crowd later built up in the area as traffic was diverted from the busy intersection.

In recent years, several vagrants and persons seeking help at busy intersections in and around the city have died in accidents while conducting their daily rounds. In most cases, they were struck down by heavy-duty vehicles.

Fri Apr 30 , 2021
Support Village Voice News With a Donation of Your Choice. The bid documents for the new Demerara Harbour Bridge was launched on Thursday. The nine prequalified contractors were each sent a copy of the bid documents. This process requires that the bidders present proposals for a Design, Build and Finance (DBF) option or a Design, Build, Finance, Operate and Maintain […]