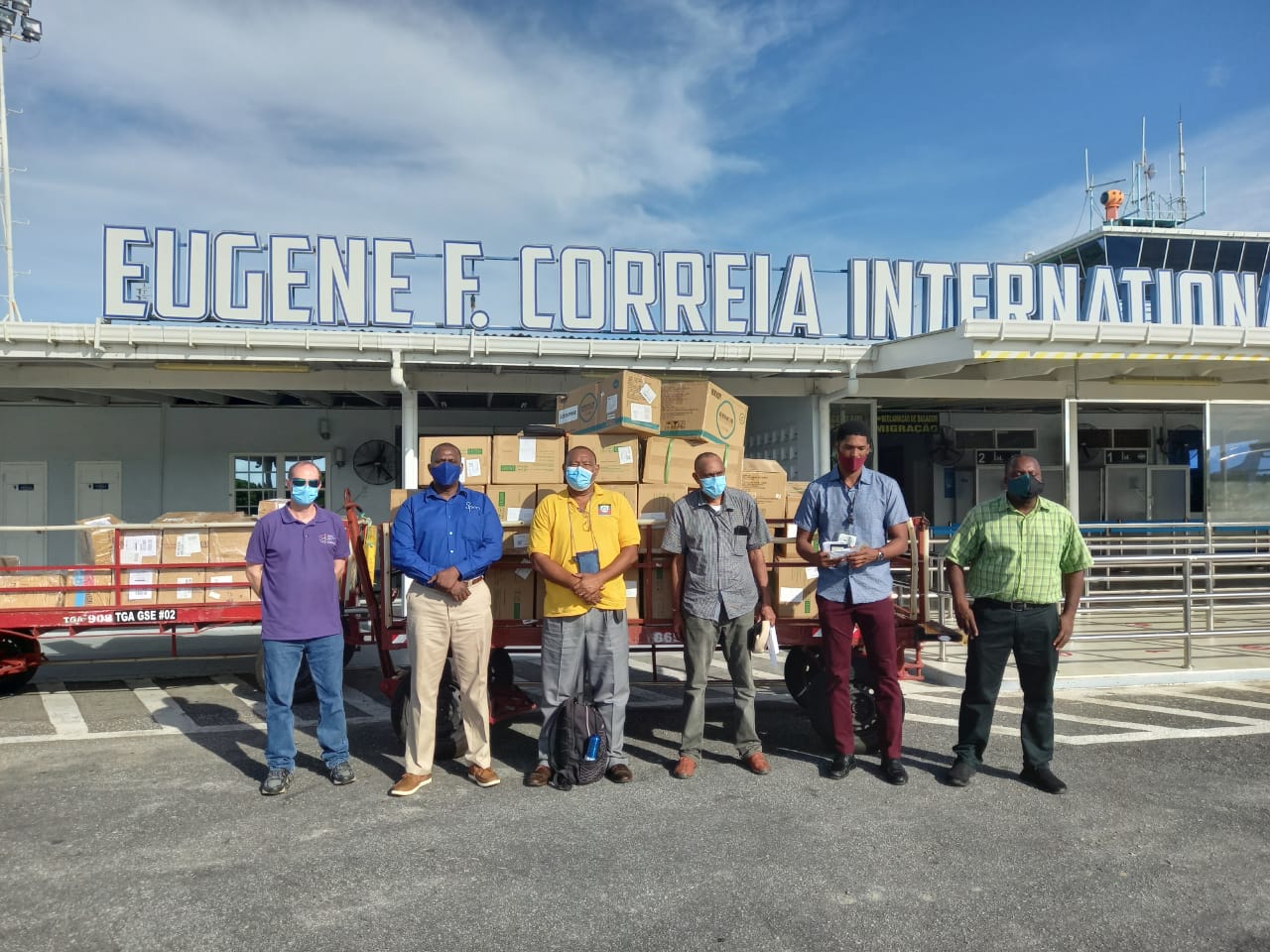 …to visit most affected regions

Some 15 international and regional agencies and organisations have sent representatives to Guyana to assist in the flood situation in the country. In a statement on Wednesday, the  Civil Defence Commission (CDC) announced that members of the team from the Caribbean Disaster Emergency Management Agency (CDEMA), which will be conducting Guyana’s ‘Detailed Disaster Sector Assessment’ (DDSA), arrived in Guyana on Tuesday.

They will be deployed to Guyana’s most affected regions — Regions Two, Five, Six, Seven and Ten. Meanwhile, the one-month mission will be coordinating with CDC in the execution of the assessment.

A number of Caribbean regional agencies are also represented on the team, including the Caribbean Public Health Agency (CARPHA), the Caribbean Agricultural Research and Development Institute (CARDI) and the National Office of Disaster Services (Antigua).

At a team briefing on Tuesday evening, Executive Director of CDEMA, Elizabeth Riley, commended the quick response from the different agencies which allowed for the team to be constituted in a short time.

“This is a true representation of the spirit and practice of our regional response mechanism,” Riley said, also commending the CDC’s response to the nationwide flooding.

Meanwhile, CDC Director-General, Kester Craig highlighted the importance of the DDSA report to guide short, medium and long term intervention. He said: “It is very important for us to understand what is happening in each administrative region but we cannot get this done without collaboration and coordination, so we are very grateful for the support from the regional and international organisations.”

Guyana reached out to the CDEMA for assistance following the declaration of the flooding situation as a national disaster on June 9. The DDSA is the fourth stage in the CDEMA Damage Analysis and Needs Assessment (DANA) continuum for disasters.  Several ministries of Government, Government agencies, non-government organisations and the private sector will also assist in the Assessment.

The DDSA team is scheduled to commence work from Wednesday, where they will be covering assessments and analysis across seven sectors, namely health, water and sanitation, infrastructure and housing, agriculture, social services, shelter and mining.

The teams will spend a number of days in each region meeting with necessary stakeholders and gathering data for analysis. Each respective team will include specialists for each of the sectors being assessed.

The assessment will include analysis of the sectors to determine the extent of the damage that has occurred, an analysis of the estimated cost to recover and how the recovery estimate can lead to additional support for Guyana in the rebuilding and long term recovery.

Thu Jun 24 , 2021
Support Village Voice News With a Donation of Your Choice. …writes Russian agency for more info on Sputnik V One day after the Ministry of Health made public a letter from the Director-General of the Russian Direct Investment Fund (RDIF), Alexander Christyakov, confirming the authenticity of the shipment of 305,536 doses of Sputnik-V vaccines to Guyana, Opposition Leader, Joseph Harmon […]