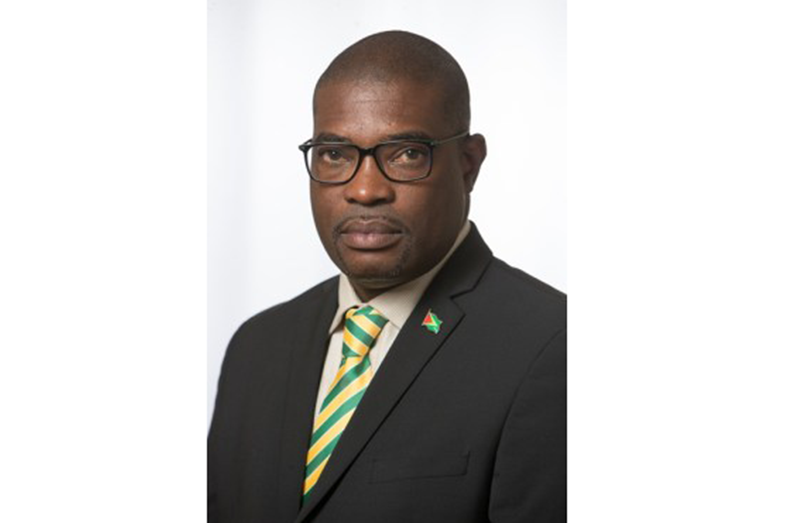 …Opposition sees move as an attempt to “undermine” country’s democracy

Leader of the Liberty and Justice Party (LJP), Lenox Shuman teamed up with the People’s Progressive Party/Civic (PPP/C) Government to vote for the removal of David Patterson, MP as Chairman of the Public Accounts Committee (PAC) but not before the main opposition – the A Partnership for National Unity + Alliance For Change (APNU+AFC) – railed against the move seeming it another  attempt by the government to “undermine” the country’s democracy.

The National Assembly voted on the controversial motion tabled by Government’s Chief Whip Gail Teixeira early Tuesday morning following hours of debate that ended after 05:00hrs Tuesday. At the end 34 Members of Parliament voted in favour of the Motion while 31 voted against in the 65-Member National Assembly.

In defence of her motion, Teixeira said the Government had lost confidence in Patterson as the Chairman of the PAC. “The issue was from the time the Public Accounts Committee (PAC) was formed each Chairman has his own style or each chairperson has their own style but the issue is we began to see a behaviour in the Public Accounts Committee from the very beginning that led us to believe that the gentleman, who was chairing was not being fair and was not being balanced and was not giving us a hearing,” Teixeira told the House. According to her, questions and concerns raised by PPP/C MPs sitting on the PAC were often suppressed by the Chairman – who is an APNU+AFC Parliamentarian.

Though not initially stating her grounds, Teixeira, since February 1, 2021, had been attempting to move a motion at the level of the PAC to remove Patterson, however, it was repeatedly stalled.

During the late night debate, the Government Chief Whip also accused Patterson of failing to heed to the Standing Order and the advice of the Speaker of the National Assembly. “I don’t have to state a ground. I do not have to,” Teixeira said in response to an Opposition MP, who from across the floor, chided her for not stating the grounds on which the motion was tabled.

But APNU+AFC Member of Parliament Juretha Fernandes, in rubbishing the arguments put by Teixeira, said “everyone knows a bluff when they hear one.”

While accusing Teixeira of being a stranger to the truth, MP Fernandes told the House that there is no way the PPP/C Government can justify the “unjustifiable.” “Mr. Speaker, Gail Teixeira brings a motion to this House with 16 causes of utter nonsense. Not one of the clauses gives a valid reason why the PPP believes that Mr. Patterson should not chair the PAC,” the APNU+AFC Parliamentarian said.

She said the move to remove Patterson from the Chairmanship of the PAC forms part of a brutal vendetta by the PPP/C Government to rule the country with an iron fist. The motion, she added, lacks merit, and is a misuse and abuse of the privilege of the Government.

“Mr. Speaker, the main purpose of the Public Accounts Committee is to scrutinise Government’s spending, how then is it conceivable for the Government to control who sits as the chairman of that committee. The very fact that this motion is being debated on this floor today is a dangerous precedence for every parliament in the Commonwealth moving forward,” MP Fernandes warned.

Iterating that the Government cannot have oversight over itself, the APNU+AFC MP said the nation ought not forget the country’s corruption rating by Transparency International under the PPP/C.

“Mr. Speaker, may I remind this House that it was under the PPP that Transparency International ranked Guyana among the most corrupt countries in this world. The coalition worked exceedingly hard to bring this country out of that hole and restore us to a semblance of national pride where corruption is concerned, and the efforts of that were shown under the coalition when Guyana received the lowest ranking from Transparency International,” MP Fernandes pointed out.

She added: “In 10 months this country has had the fuel rackets at GuyOil; we have seen COVID cash grants in the most discriminatory manner; we have seen the government trying to justify the mass firing of workers at GWI; confusion at GPL; Regional Tender Boards are being used to fill the pockets of the PPP’s friends and family…and we cannot forget the GuySuCo racket.”

APNU+AFC Member of Parliament, Roysdale Forde, S.C, told the House that the motion is another attempt by the Government to “control and bully every institution, and every office in Guyana so as to create an autocratic, ethnocratic and dictatorial State.” He further accused the Government of attempting to compromise the system of checks and balances, which was established by the Constitution.

MP Forde told the House that the motion is misconceived. “The Standing Orders do not provide for the removal of a Chair of a Committee. When our Standing Orders are silent we rely on those used by the House of Commons of the United Kingdom. [According to] Standing Order 122 of the United Kingdom, a Committee may resolve that it has no confidence in a Chair but a Motion to that effect must be agreed to without a decision of the majority of the Membership of the Committee including at least two Members from the largest Committee and at least one Member from another party must vote in favour,” he pointed out.

In objecting to the motion, APNU+AFC Parliamentarian Khemraj Ramjattan reminded the House that the Chairmanship of the PAC must be held by a MP from the main Opposition as stipulated by the Standing Order. This convention, he posited, is upheld in other parts of the Commonwealth. He said at the time of Patterson’s election to the chairmanship, the Government at the level of the Committee of Selection, did not object because it was not for them to identify the chairman.

“There was absolutely no objection from the other side, and there could not have been because indeed it is the function, exclusively of the Opposition to name the Chairperson, and that is what was meant by Standing Order 82 (2),” he emphasised, while noting that it is not for Government to remove the chairman.

He recalled that notwithstanding the 19 fraud charges laid against President Irfaan Ali during the 11th Parliament, the Government of the day, had not attempted to remove him from the chairmanship of the PAC. The charges against Ali were only dropped after he became President.

However, PPP/C MP Sanjeev Datadin told the House that all of the arguments put by the APNU+AFC MPs, which indicate that the Government would like to take control of the PAC lack merit. “This motion is about a chairman, this motion is not to take the Chairmanship from the Opposition, it is to take it away from one man who wouldn’t do what he is supposed to do,” MP Datadin said.

He told the House that the motion tabled by the Government Chief Whip at the level of the PAC should have been put to a vote, but the Chairman failed to do so, thereby stalling the work of the committee.

Government MP Bishop Juan Edghill told the House that the matter should have been resolved by the leadership of the APNU+AFC. “The fact that this Government has to bring this motion to bring some semblance of order to the functioning of a Standing Committee clearly says to the people of Guyana, leadership is in crisis in the political opposition,” MP Edghill opined as he endorsed the motion.

While admitting that the motion is extreme, MP Edghill said it stemmed from the Auditor General’s Report of 2016, in which it was revealed that three motion-scales valued at $72.2 million were procured without the requisite approval. He said at the time, Patterson was the Minister of Public Infrastructure.

MP Shuman, who appeared virtually, endorsed the motion, while underscoring the importance of having a high level of integrity. He said the Opposition cannot hold Government accountable if it lacks integrity, hence it is important to maintain the highest standard.

Tue Jun 15 , 2021
Support Village Voice News With a Donation of Your Choice.   …allocates nearly $250M to operationalise it By Lisa Hamilton Minister of Parliamentary Affairs and Governance, Gail Teixeira on Monday evening sought to allay fears that a new security body being created by the administration will not usurp the functions of the established forces and  there is “nothing conspiratorial” about […]