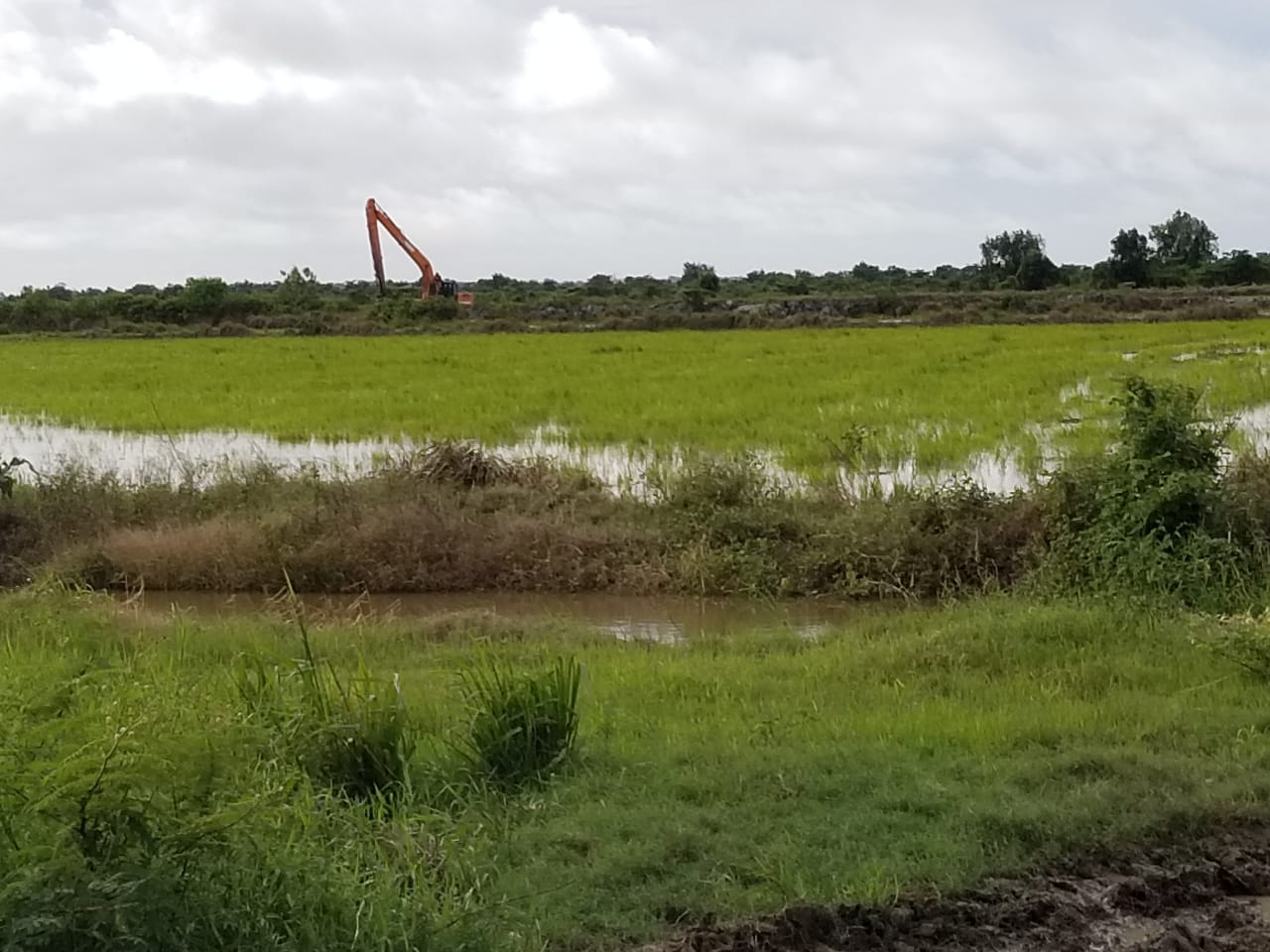 Over 500 households along the Mahaicony River have been hit by the current floods and should the water continue to rise, many may soon have to leave their homes and seek refuge at a shelter, Bindrabhan Bisnauth – former Regional Chairman of Region Five (Mahaica-Berbice) told the Village Voice Newspaper.

He said the situation is dire with water from the Mahaicony and Abary Rivers and even the Mahaica Creek increasingly flowing to a single point thereby creating a confluence. “The water keeps rising all the time,” he told this newspaper. He added: “So far the situation is dire, [and] we are not seeing relief in the short term.”

Bisnauth said due to the prevailing COVID-19 pandemic, the affected residents have opted to remain in their homes, however, he said should the situation deteriorate, they may have to seek shelter. The former Regional Chairman said he is working with the Civil Defence Commission (CDC) and the Regional Democratic Council (CDC) to establish a shelter at the Gordon Table Primary School. “The flooding is severe, we have offered to open shelter and give to the residents who are desirous,” he said while noting that the CDC continues to provide tremendous relief to residents. He said too that Guyanese home and abroad have also signaled a willingness to donate food and other items to the flood affected residents.

At the time of the interview, Bisnauth was standing on the Esau to Jacob Road at Burma, Mahaicony, a short distance away from his rice field. He said the farm lands are not as severely affected as the residential areas, however, farmers have experienced losses.  “Not everybody has planted and I could say that is a little plus because if everybody had planted it would have been a little more severe,” he said while adding that some farmers have been able to save their crop thanks to the support from the Agriculture Ministry.

Bisnauth explained that with the help of the Ministry of Agriculture farmers have been trying to mitigate the impact by draining water from the rice fields to the canal. He said President Irfaan Ali, who visited the area Tuesday last, has also offered added support.

At the time of the interview, a government loaned Hymac excavator was heightening the floor embankment to prevent water from overflowing into the rice field and at the same time creating an avenue for formers to effectively pump out the flooded waters from the rice fields under cultivation into the canal.

“But right now the situation in the canals, they are all over flowing,” he said, however, he is hopeful that the situation could turn around.

“We have cultivated 75 acres; we have already lost 30 acres out of that 75. We breed a little sigh of relief because we have the services of the Ministry of Agriculture Hymac and we are trying to probably save the remaining 40 acres if it is possible. If we don’t have incessant rainfall for a couple of days the situation in the cultivated area might be a little less, the impact but the homestead the water keep coming down and keep rising every morning,” he explained.

He said the area there are three Hymac excavators operating – two government owned and one rented by the government from a private individual.

“So in this area you are having three Hymacs but the homestead, we can’t do anything, the water keep overflowing in the river bank. What we are trying to do is to keep the water away from the cultivated area,” Bisnauth told Village Voice Newspaper.

According to him, the flood experienced is the worst ever seen by him. “This is higher than the 2005 floods, and this is the first time we experienced this after the creation of the Hope Canal. We thought that after the creation of the Hope Canal 15 years ago we would not have been affected this much but this here, I don’t know, I can’t describe it,” he told Village Voice Newspaper.

Mon Jun 14 , 2021
Support Village Voice News With a Donation of Your Choice. The People’s National Congress mourns the death of Mr. Douglas Gittens, Vice-Chairman of the Regional Democratic Council of the Upper Demerara-Berbice Region. He was elected to that position in September 2020 after the General and Regional Elections. Mr. Gittens was in the forefront of assisting in the Region’s flood relief […]