President Irfaan Ali on Tuesday said that electoral and constitutional reform must be frontally addressed by the citizens of Guyana rather than through a backroom discourse. The President was at the time meeting with former Presidents Samuel Hinds, Donald Ramotar and Bharrat Jagdeo at State House to discuss Guyana’s future.

President Ali said the former presidents agreed that the process should be people driven and not a “backroom” type of procedure. “People must play an integral role in the reform,” he said.

Describing the meeting as fruitful, President Ali disclosed that issues of national, regional and international importance were also discussed.
“Today’s meeting was intended to bring all the former Presidents together in a free-flowing discussion, one in which they could have all placed issues they have a passion about, national issue, on the agenda for a free-flowing discussion. After which we would have characterised all the discussions into various categories in an effort to move forward,” President Ali said.

He said the group also discussed border security, Guyana’s sovereignty and environmental concerns. “We have the Low Carbon Development Strategy as our framework and the former Government had a green strategy paper… So, engagement on the environment, covering issues of climate change, climate adaptation, mitigation, these are all issues that would have been encompassed on the discussions on the environment,” he said.

It was decided that the group will meet quarterly given the success of the first meeting. Former President David Granger had declined the invitation extended by the President noting that a high-level team on both sides should be appointed to hammer out a clear agenda for the meeting. However, the Head of State said that the invitation extended to Granger remains open.

“It is a national effort in ensuring that we harness the ideas of our former Presidents who are still available to us,” the President said noting the need for continued discussions on the subject of governance and accountability.

“This is not a one-off engagement; this is an engagement that will occur once every quarter and will involve all the former Presidents.” It is focused at a very strategic level. It is not at an implementation level,” the President assured.

Meanwhile, former President Samuel Hinds said, “I think this was a good first step. And, yes, there needs to be [an] agenda … For me, I think this is more an opportunity to meet and talk freely and easily.”

Wed Dec 16 , 2020
Support Village Voice News With a Donation of Your Choice. …father of Isaiah Henry recounts the arrest of Joel Henry’s mother and brother …said police had no reason to arrest and assault On Tuesday evening, after leaving an event aimed at helping them solve the brutal murders of Isaiah and Joel Henry, Joel’s brother and mother were arrested by the […] 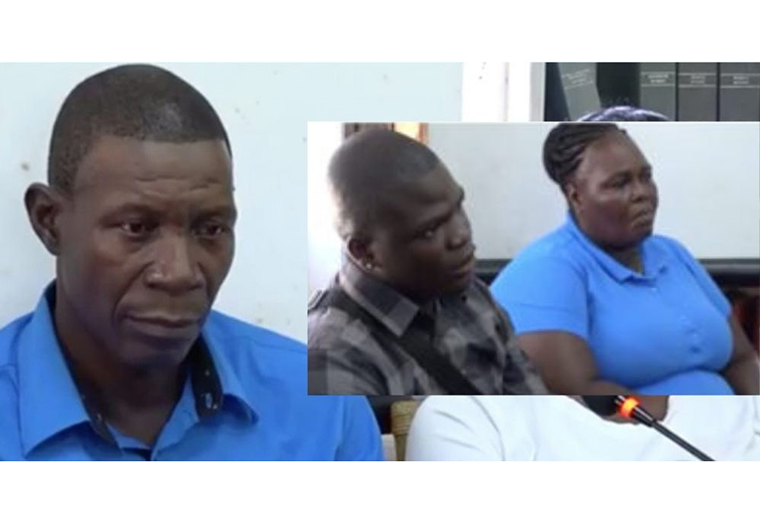