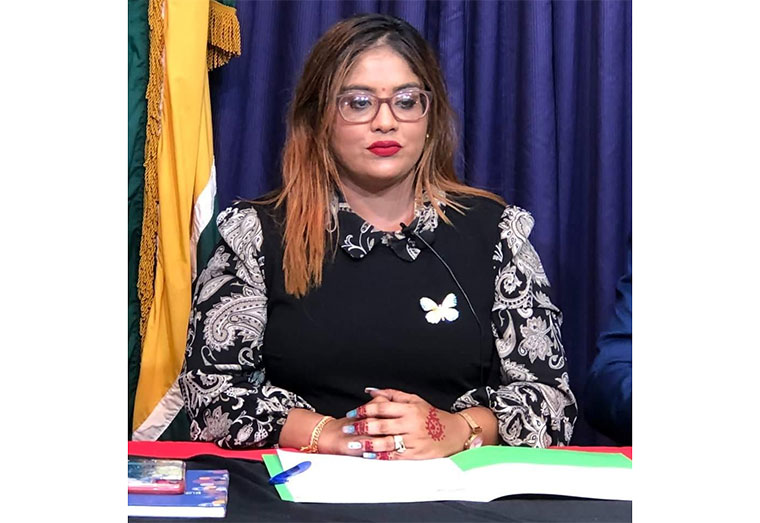 A Partnership for National Unity + Alliance For Change (APNU+AFC) Member of Parliament, Geeta Chandan-Edmond said Guyana requires urgent and comprehensive Electoral Reform that would allow only eligible persons to be registered, the provision of credible results and an overall electoral system – from registration to the declaration of results – that would win the trust and confidence of the public, political parties and other stakeholders.

“Tinkering will not work. Disjointed changes will not work. Bad faith will not work,” MP Chandan-Edmond said during a press conference hosted by the Leader of the Opposition, Aubrey Norton, on Tuesday (May 17).

She submitted that thus far, the nation has rejected the People’s Progressive Party/Civic (PPP/C) Government’s proposed amendments to the Representation of the People Act and its consultations on Electoral Reform.

“This rejection is informed by the fact that the PPP’s approach is piecemeal, deceitful, and self-serving. As such, the PPP totally fails to address key systemic and structural flaws and weaknesses in our electoral system.

Chandan-Edmond posited that comprehensive electoral reform must rest on four pillars, among which is a thorough review by the Guyana Elections Commission (GECOM) of its performance in managing recent elections.

“The plethora of faults and irregularities (intended and unintended) in the 2020 elections alone must not be brushed under the carpet to resurface again. They must be swept out for good,” she said.

“These must be modelled after the 1999/2000 Constitution Reform Commission process. In particular, key elements must include: a multi-stakeholder/expert committee, a consensus chairperson, a public call for oral and written submissions, and several national conversations (open forums),” she explained.

The Opposition MP also made a case for the in-depth involvement of experts on electoral laws, electoral systems, elections technologies, and elections management, and further, holistic constitutional and legislative amendments or enactments.

The Opposition, she said, anticipates that electoral reform will require both constitutional and statutory amendments.

“We stand ready to lend parliamentary support to all agreed-to changes. Time is of essence in initiating and completing these reforms to prevent extended postponement of local government elections.

Once the PPP government demonstrates good faith, the financial, human, and other resources can be readily mobilized,” she assured.

She said once all parties put Guyana first, delays can be minimized.

“Guyana deserves no less. So convinced, the APNUAFC intends to formally raise with President Ali that the country needs to urgently undertake comprehensive electoral reform within a genuine national consultation process,” she said.

Information provided ahead of ‘consultation with President Ali was ‘vague’- Opposition

Wed May 18 , 2022
Support Village Voice News With a Donation of Your Choice. …says consultations between country’s leaders must satisfy legal requirements  Days after the Leader of the Opposition, Aubrey Norton sat down with President Irfaan Ali to “consult” on constitutional appointments, the Opposition is contending that information provided ahead of the high-level meeting was vague, woefully inadequate and insufficient. The high-level meeting, […] 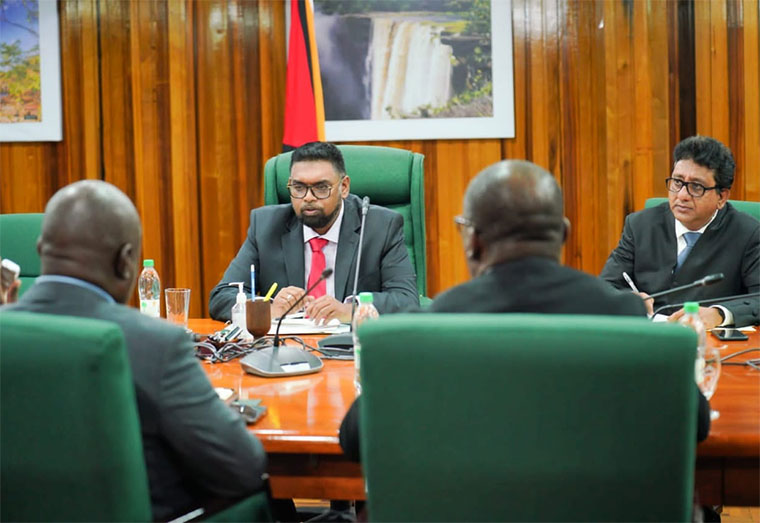