Opposition Chief Whip, Christopher Jones says that his 7-year-old daughter now has to see a psychologist as a result of his “political victimization” under the People’s Progressive Party/Civic (PPP/C) government whereby 49 policemen surrounded his home after cutting the power to his community.

The former Director of Sports was arrested on August 21, 2020 following a stand-off at his Tucville home over barber equipment. Jones arrest occurred just after midnight and he was taken to the Diamond Police lock-up on allegations of simple larceny.

Jones’ lawyer has since indicated that he will sue State, including the Guyana Police Force (GPF), for wrongful arrest and seizure of property that belongs to him as rightfully applied for under the Sustainable Livelihoods and Entrepreneurial Development (SLED) programme.

In his opening remarks at the budget debate on Thursday, Jones told the House: “To have 49 police men, some heavily armed, some with bullet proof vests; 9 police mobile patrol units; the street blocked off with police barricades and the immediate community that I reside in plunged into blackout. Yesterday, the honorable Member Ms. Vindyha Persaud spoke about post-traumatic stress disorder and comrade Speaker, I want to say to this House that if the honorable Members on that side of the House have their wives or husband or children and they experience what I did on that fateful night, they will understand the reason that just yesterday, comrade Speaker, while we were debating this budget, my wife had to take our 7-year-old daughter for the fifth time for psychological treatment.”

Jones said that he felt it necessary to speak on the issues as Members of the Government kept referring to the events in a gloating manner as if it were something to be proud of. He said that he would not wish the experience upon anyone, Government or Opposition.

“Comrade Speaker, I would like to say to the honorable Member of this House that I am indeed happy that none of the Members on that side of the House or even this side of the House has any barber chairs whether those chairs have been legally obtained in their home, because, comrade Speaker, if they did, they would have experienced first-hand what myself, my 7-year-old daughter, my 13 and 17 year old sons, experienced: state terrorism,” he said.

Jones told the House that while the Members of the Government are preaching about democracy in their debates, his experience was a clear one of “political victimization” which takes Guyana back into the dark days of leadership under the PPP/C.

In present time, he said that the GPF is being weaponized to meet the needs of the political party while its leaders are simultaneously boasting of a better-off Guyana.

“The honorable Member spoke about democracy. The Courts of this country, on that fateful night, comrade Speaker, issued an Order restraining the police from entering my premises and when they were served with that Order, comrade Speaker, they said that they don’t abide by that and that Order was thrown on the ground,” Jones said.

“So, comrade Speaker, when the honorable Member, Bheri Ramsaran made reference to the point about Guyana being back on track, we ask the question what track is he referring to? Because Guyanese across the length and breadth of this country, comrade Speaker, can refer to the days under the People’s Progressive Party/Civic when democracy did not exist, where the police force would have been used to victimize Opposition Members.” 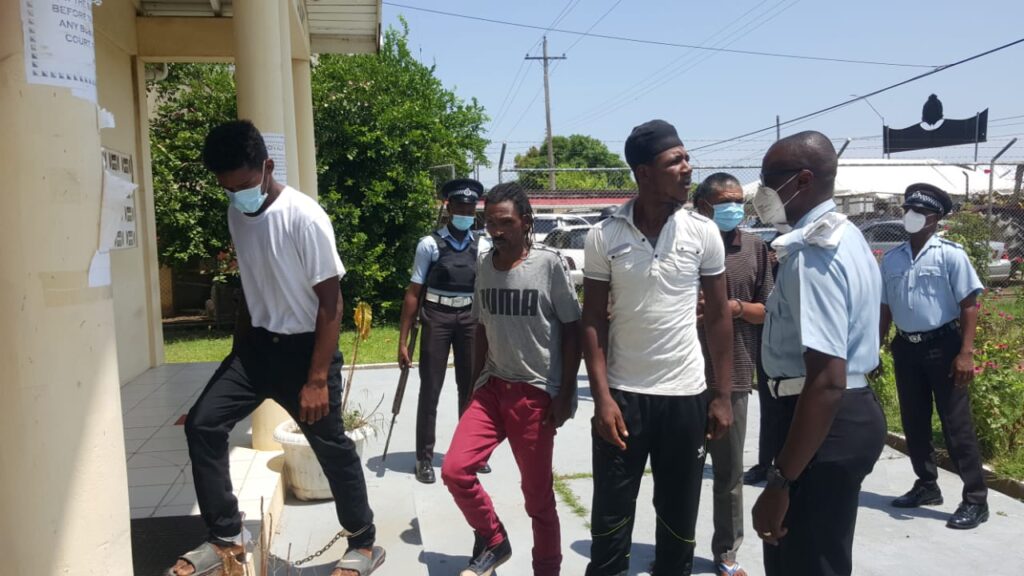